As the wedding season is in its full swing, the feast is ringing its bells in every corner of the country. Following the desi marriage criteria, after several Pakistani celebrities, national cricketers have also jumped onto the wedding bandwagon. Looking over the famous matches, the current year is definitely serving Pakistani celebrities right in choosing their life partners.

Followed by cricketer Hasan Ali’s marriage another Pakistani all-rounder revealed his marriage date and the internet awaam couldn’t handle the excitement. Imad Wasim who plays as an all-rounder in the Pakistan Cricket Team got Nikkahfied to his love from United Kingdom (UK) Sannia Ashfaq in Faisal Mosque, Islamabad earlier today. On the event, the cricketer only had immediate family and friends present followed by a simple Nikkah and nothing too extra. 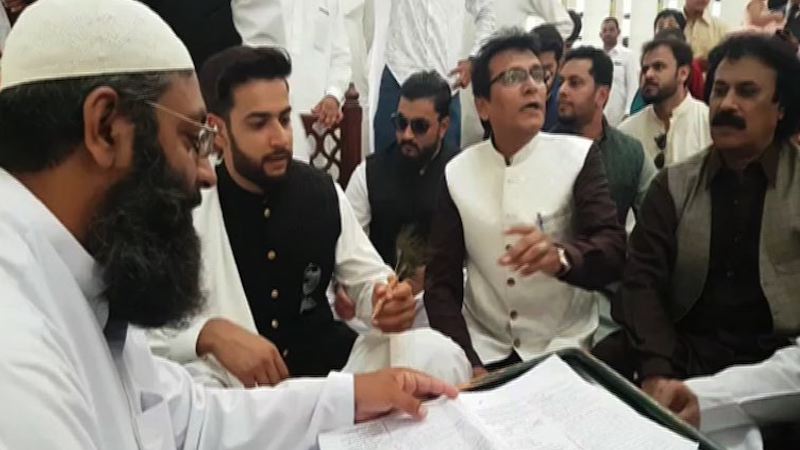 According to sources, Imad Wasim’s wedding reception is held on 26th August 2019. Invitations are out and along with Shahid Afridi, Wasim Akram, and several other cricketers, Prime Minister Imran Khan is also invited to the event. Pakistan Cricket Board (PCB) Chairman Ehsan Mani and Managing Director Wasim Khan also got the invitation.

The invitation card to Imad Wasim and Sannia Ashfaq’s wedding dinner is here! 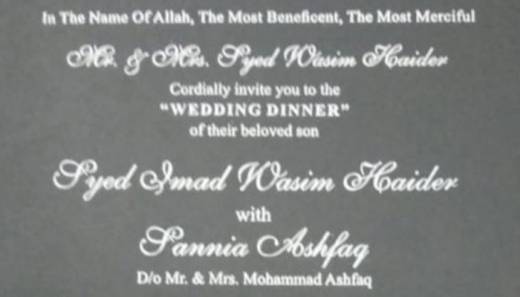 Wearing a sparkling white kurta shalwar with a black embroidered waistcoat, Imad Wasim looked classy in the outfit. As the pictures of Nikkah came out, social media was full of good wishes for the couple and many Pakistani girls were seen crushing over the handsome cricketer.

That’s what marriage is all about!

Imad picked the perfect outfit for his Nikkah!

Check out: Hasan Ali’s Shaadi Pictures Are Making Fans Hate On His Beautiful Indian Bride And This Is So Wrong!

They make such a beautiful pair! Masha Allah!

They are looking very decent. Well wishes for both. 🎉#ImadWasim pic.twitter.com/1UE3UnKJhi

Earlier this month, Pakistani fast bowler Hasan Ali’s wedding news came out and the internet went crazy over it. The cricketer tied the knot to an Indian Muslim girl named Samiya Arzoo in a lavish event in Dubai. As the wedding season is still on, maybe Pakistanis will get to hear some other celebrities getting married soon.

After Revoking Article 370, Indian Authorities Have Now Banned Friday Prayers In IOK And This Is Wrong!
Lahore High Court Has Suspended The Pakistan Cricket Board’s (PCB) New Constitution!
To Top