PTI Chairman Imran Khan’s personal life has become the talk of the town after it was revealed that he went on proposing Bushra Maneka, his spiritual healer. The news was initially reported by a local media outlet (Jang Group) who is in hot water for scandalizing the whole affair. In fact, Umar Cheema, the reporter has been hit with criticism with a smudge-of-a-doubt on his credibility as a journalist.

Meanwhile, PTI has released a formal statement addressing the whole scandal concerning their chieftain. They absolutely condemn how one media outlet went on doing a conjectural story on Imran Khan’s personal life which also involves another person. 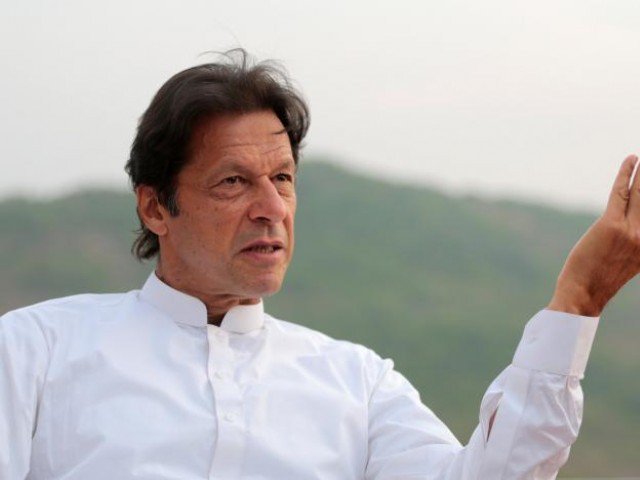 However, it is confirmed that Imran Khan did approach Bushra Maneka with a marriage proposal and should she accept, Imran would officially announce the news.

Meanwhile, Pakistanis are carried away by the news. Social media is into a meltdown and Imaan Mazari has spoken as well…

The daughter of PTI parliamentarian, Imaan has come out to absolutely bash the PTI chairman over the news. She once again targets the chairman on social media and this time, she went full throttle in her criticism. Here is what she had to say:

Imran Khan is a very sad punch line in a joke that just isn’t funny anymore. To discredit and damage your entire party time and again over your inability to keep it in your pants really is disgraceful. I genuinely feel immense pity for everyone in PTI who has to defend him. – Imaan Mazari

Her original tweet was deleted shortly after… As of course, it opened a breeding ground for all kinds of criticism. Imaan Mazari already holds a controversial profile and this just lent further credence to it. 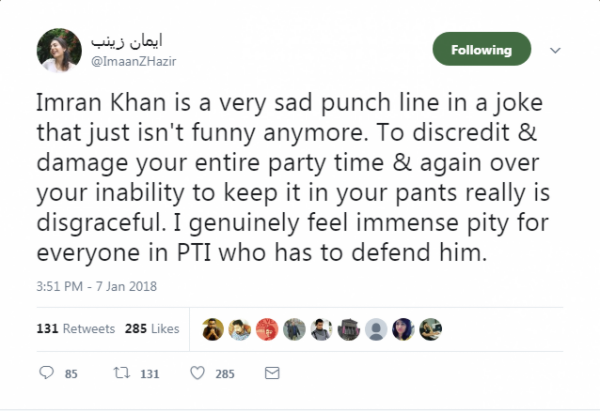 Pakistanis are divided on the whole matter. Some choose to take liberty with the truth and supported Imran, while others simply find his decision to marry again a no-brainer. Well, guys, what do you think?