Back in November, Imaan Mazari, daughter of PTI member Shireen Mazari, broke into the mainstream gap after releasing a controversial video on social media. Imaan blatantly bashed Pakistan army and leveled serious allegations based on a number of subjects. 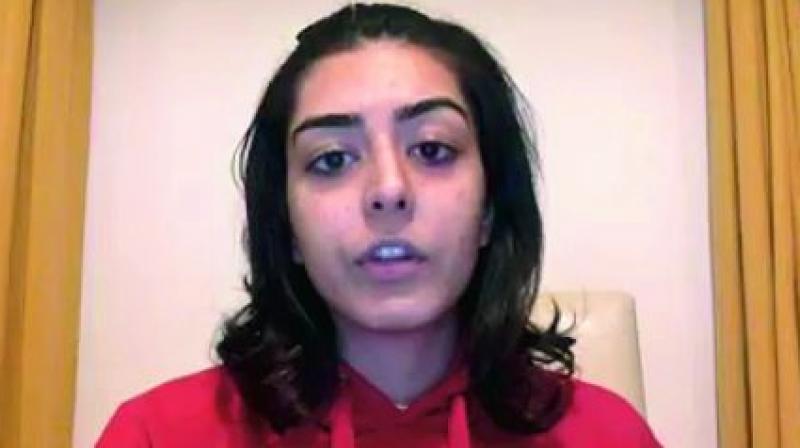 As obviously, her video became the talk of the town. Pakistanis expressed their anger and resentment over her choice of words as well as her stance about the army. In fact, her own mother, Shireen Mazari condemned her statement and did not come to agree with her on any matter.

I want to make it absolutely clear that I do not share the views my daughter Imaan expressed in the video she posted on twitter. I also strongly condemn the language she has used against the armed forces. I love my daughter but totally disagree with her views & the language used

Thereafter, a tidal wave of a grave controversy hovered above her. Not to forget, her Twitter account was also suspended which is now active once again. Meanwhile, her controversial statement opened a plethora of questions; debates went in full-swing and we were just eager to come across an update on the story.

This is what Imaan Mazari tweeted as an update to her controversial video:

While i deeply regret my choice of words, i stand by my opinion even today. I do believe it could have been said in a wiser, less offensive way. In a state of disturbed anger, i regretfully used words unbecoming of me, as a person and belonging to the profession i am a part of.

I was not raised this way & would like to express deep regret over my choice of words.I would also like to apologise to my mother. She did not deserve to be made collateral damage, esp for a view she quite clearly doesn't even share. I'm sorry to her for the pain i've caused her.

That is not it. Imaan Mazari still has to say a lot on the subject. She has addressed everything that followed her video including the unrelenting abuse and hate she received from many people. Talking to the Daily Times, this is what Imaan Mazari had to say:

“While I expressed deep regret and sincerely apologized for my harsh choice of words, the fact is that the entire stream of criticism that has been leveled against me has been baseless. I have clearly stated in my video message that we must honor the sacrifices of our soldiers. No one in their right mind can attack or criticise those laying down their lives for the country. It is not those jawans with whom I have any problem but with the top brass of the military leadership, who cannot be immune from criticism.

“This dangerous culture of labeling [dissenters] is so prevalent and endemic in our society that those using such slurs may really start believing in them.

“Those posting these fakes remain unapologetic for their propaganda. There have been videos posted by all sorts of men, attacking my character and my family. I have been called so many awful things that are not appropriate for print or broadcast media so I will refrain from citing that abuse here.

“Pictures of my best friends and I have been circulated with baseless and untrue allegations that I’m a lesbian. I have received death threats, filthy abuse and hate messages in my personal email account, on my YouTube channel, on Facebook, and on Twitter.

“These men have never bothered raising their voices over the multitude of issues facing Pakistan. Every single time I’ve criticised the security establishment, I, like many others, have been the victim of such ruthless attacks on character. Such tactics are only employed by those who lack counter-arguments.”

Share your opinion based on the abovementioned statement by her.