If You Found Kamlesh's Video Funny, You Need To Read This!

Oh boy, it was funny, the parts where he says ‘2 3 din Nai Piya tha, Khoon ki ultia hoonay Lagi thi!’, how can anyone miss the swag in his ‘bindaaaas’ and the most favorite one where he says ‘bhhugg kayy! dundundundun’. It was hilarious!  Something I definitely had to share with my friends, why would I not the kid was a star! Not only this I wanted him to experience stardom to its fullest, so I paid my tribute to the memes I made for him. Thanks to his magic and my creative brains when combined together created one of the most talked about phenomena in 2017, my friends were using the puns in their conversations and sharing the never stopping new memes. This is a good time to be alive! Isn’t it?

I am a 22-year-old, perceived to be a well-educated individual, moving into my professional career with an active social circle and seemingly ‘accepted’ by our high intellect society. I am a flag bearer of the modern ideology which has resulted in the most enlightened of a lot of all history in my time to exist. I stand for what I decide is good and raise my voice against the social evils that exist. This introduction seemed necessary to reach out to all those who are very much like me and possess the potential to do immense good or very likely bad too. In this age, where the impact or influence of my actions and potential is exponential because handed to me are the developed technology and its variants that are in everyday accessibility. 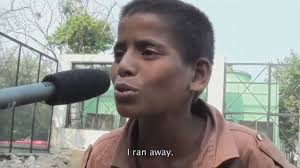 Not bringing in light the topic of Drug Abuse as it may be assumed by the latter part of the title of this script, I would rather talk about the reaction I took and was driven to when exposed to this viral phenomena a few weeks back. Dan Brown says,

“The darkest places in hell are reserved for those who maintain their silence at times of crisis.”

Well to pull all of us and most importantly myself out of there, I was not silent! I made sure I bring as much attention to this 13-year-old as I can. But because I want to stay happy and want things which will make me laugh and my jokes more funny to the people I connect with daily, I missed the lines that said, ’20 ka khata hun, 90 rupay ka solution pee jata hun’ or the one ‘nahi piyounga tou Koon ki ultia honay lagengi, bukharr’ and the one ‘bhag gaya…kiyokay mummy yay Nai peenay deti na’. Aren’t I something?

I tried googling my condition and the first thing I thought was insensitivity, the definition went something like,

“lack of response to a physical sensation, chemical, etc.”

But I feel the adrenaline when I listen to good music, I feel happy when I am with good company and I feel angry when somebody is causing trouble to me. I did like this second version of the definition,

“lack of concern for others’ feelings.” 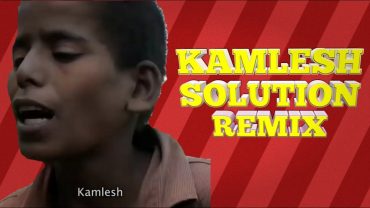 But here I would, to the word insensitivity, add conscious, ‘conscious insensitivity’ because I picked for myself to where stop responding to a situation. ‘Phase the negativity out of your life!’, we all have heard this before and it’s a good practice to succeed and achieve in life. The tricky part is where we start accepting the negative; we grow so familiar with it that it’s even something to be considered as a joke.

I have always considered ‘Empathy’ a very noble word for each and every one of us to have, what I believe I should strive for is developing a general sense of ‘Respect’ towards people, relations, tragedies, and emotions. So that if I cannot help someone in a situation, I should at least be able to assess the gravity of the matter and pay my respect to it. I am also a human being; the best thing about me is that I am always up for a chance to be better. I make mistakes but I believe that only if I am made to realize it I would try my best to alter and do good, do better presenting my apology on the matter.

Read Also: A Video Surfaced The Internet Claiming It To Be Of Kamlesh Seen In A School Uniform!