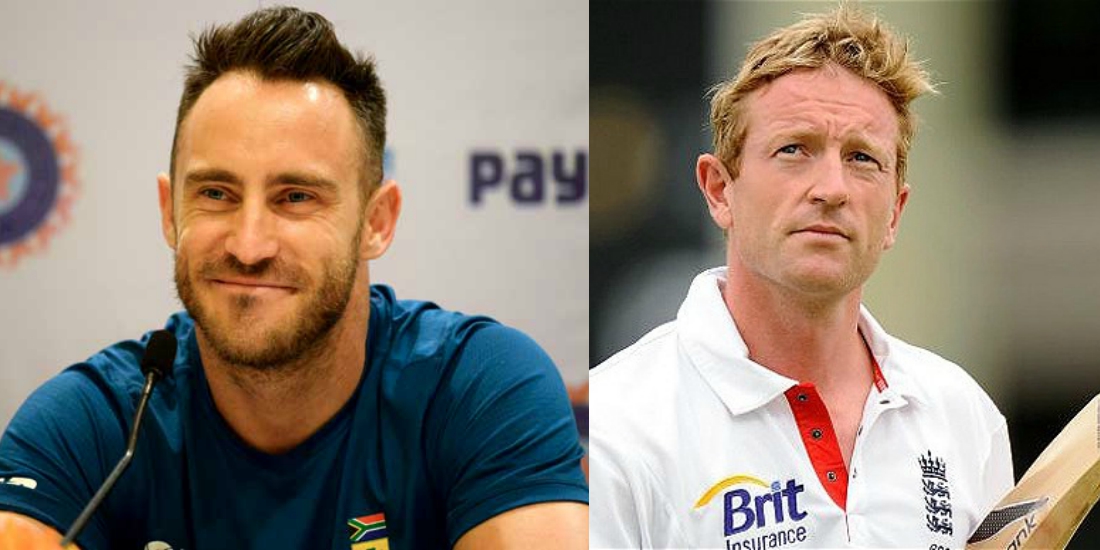 Pakistani cricket grounds have waited too long for international cricket to return home and now this dream is about to become a reality. PCB chairman Najam Sethi announced that a 14 man squad with high profile international cricketers will be visiting Pakistan to play 3 T20 matches, called the Independence Cup, in Lahore. The matches will take place in September and everyone is just really happy about this, and why shouldn’t we be?

Faf Du Plessis will captain the World XI side.

South Africa's @faf1307 will lead a World XI in a 3 match T20 series against Pakistan in Lahore next month. pic.twitter.com/yMwBQNhbOL

South African cricketer Faf du Plessis will be captaining the World XI side who will be playing in Lahore for a 3 match series. Other players included in the World XI team include Hashim Amla, David Miller, Morne Morkel and Imran Tahir from South Africa. West Indian cricketers Sammy and Samuel Badree are also a part of the team. And this is not all, Paul Collingwood, Tamim Iqbal, Tim Paine, Grant Elliot, George Bailey and Thisara Pererra will also be seen in action at Gaddafi Stadium, Lahore.

The games will be star studded.

Proud to have been selected for the World XI squad for the Independence Cup in Pakistan. To play… https://t.co/7Bd4XXEbO8

England cricketer Paul Collingwood tweeted that he is proud to play the Independence Cup in Pakistan.

Really honoured to be selected for the World XI, touring Pakistan. pic.twitter.com/0a33fbWmIf

Thank you for coming to Pakistan (not you though).

Yes, Harsha, we didn’t expect this either.

Pretty good World XI side assembled to go to Lahore. To be honest, I didn't expect so many to sign up. Hope it goes well.

This actually is a bit too unexpected with so many international stars coming to play in Pakistan after ages. But thanks Harsha for the wishing us well.

The concern is real.

Can we win one match at least?

That’s one way to look at it.

Well jokes apart, let’s just hope everything goes smoothly and we get to see great games of cricket. Credits to PCB and all the organizing parties for making this happen.

An International School in Lahore Has an Education System That is Just What Pakistan Needs
Fawad Khan Gets Criticized Again by this Indian Journalist Who Simply has No Chill!
To Top