All 14 of the finalised 15 Man squads for ICC Cricket World Cup 2015 have now been announced as the World’s greatest cricket tournament looms large on the horizon with just over a month to go now. 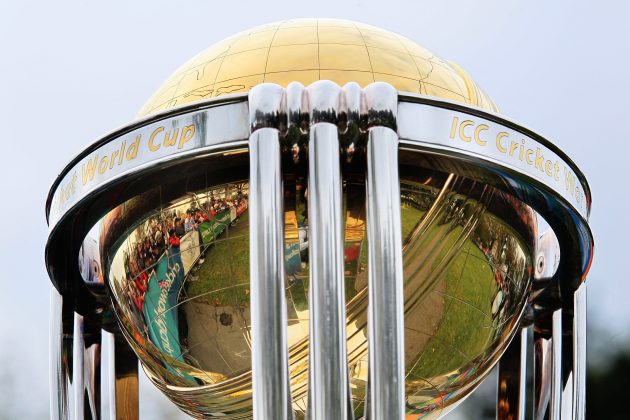 As the countdown to ICC Cricket World Cup 2015 rapidly gathers pace, the talk of the the cricket world has been around the final squads for all 14 nations competing in Australia and New Zealand.

All of the squads are now confirmed and it will be an elite group of 210 cricketers that will carry the hopes of their nations into the greatest cricket tournament of all.

All of the squads will be updated below as they continue to get released.  Remember to check out all the fixtures here and join the conversation across on Social Media with the hashtag #cwc15. 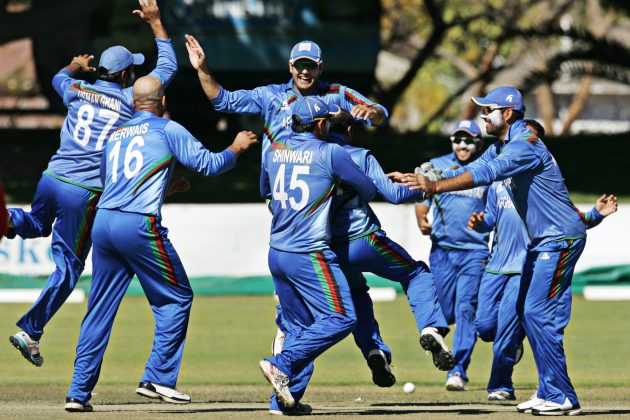 Mohammad Nabi was named the captain of Afghanistan’s 15-man squad for the ICC Cricket World Cup 2015 that will take place in Australia and New Zealand in February and March.

This will be Afghanistan’s maiden appearance in a World Cup, although the side has some big-match experience, having taken part in World Twenty20 tournaments earlier. The side will continue to rely on the core of senior players – with the likes of Samiullah Shenwari, Nawroz Mangal, Asghar Stanikzai, Shapoor Zadran, Dawlat Zadran, Mirwais Ashraf and Hamid Hassan all part of the side. Cricket Australia’s National Selection Panel has announced the 15-man squad to represent Australia at the ICC Cricket World Cup 2015 to be played in Australia and New Zealand in February and March.Captain Michael Clarke has been named in the squad despite his ongoing injury concerns, a standby player for Clarke has not been named however if Clarke became unavailable, George Bailey will captain the side in his absence.

In a squad packed with attacking fast bowlers, the co-hosts will be looking to ICC Player of the Year Mitchell Johnson to lead the line with support from Josh Hazlewood, Mitchell Starc and the exciting Pat Cummins.

Australia is aiming to claim a record fifth ICC Cricket World Cup after winning the tournament in India in 1987, England in 1999, South Africa in 2003 and the West Indies in 2007. 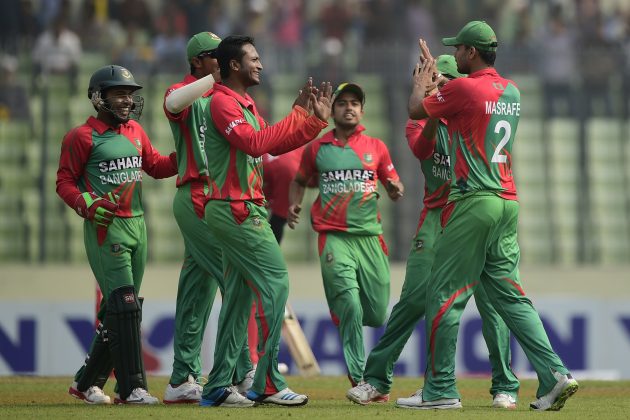 Mashrafe Mortaza will captain the Bangladesh side in its ICC Cricket World Cup 2015 campaign, with Shakib Al Hasan named the vice-captain of the 15-man squad.

Tamim Iqbal and Mushfiqur Rahim will form the core of the side alongside Mortaza and Shakib, while among the younger lot, there were call-ups for Soumya Sarkar, the 21-year-old allrounder who has done well in domestic cricket this season, Taskin Ahmed, the 19-year-old fast bowler, and Taijul Islam, who had a sensational ODI debut against Zimbabwe where he picked up 4 for 11 to became the first bowler to take a hat-trick on ODI debut. 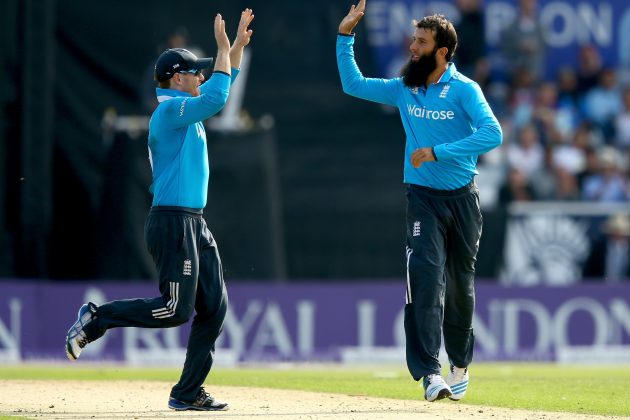 England selectors have made three changes to the one-day squad that lost 5-2 to Sri Lanka in December. Led by Eoin Morgan, James Anderson and Stuart Broad return from injury with batsman Gary Ballance also included. Alastair Cook, Ben Stokes and Harry Gurney are the three players to miss out from the most recent one-day squad. 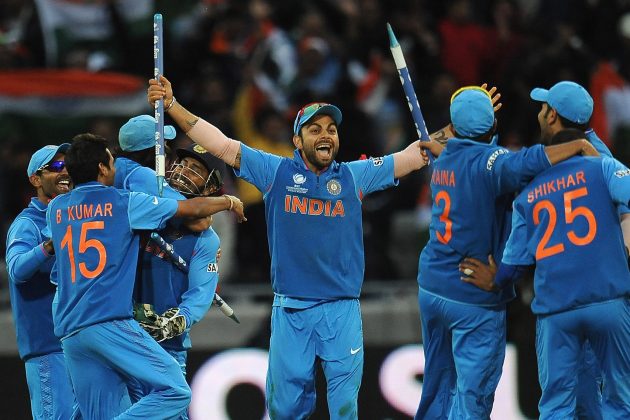 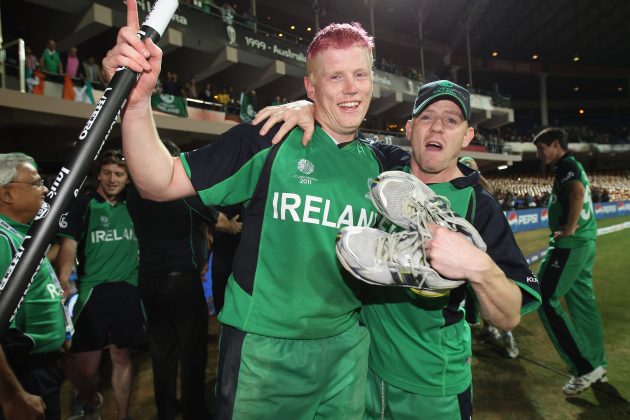 Ireland’s selectors have confirmed their squad for the World Cup next month in Australia and New Zealand. There are no changes to the 15 players named last month for the training camp and tri-series in Dubai against Afghanistan and Scotland.

Captain William Porterfield is one of five players who will be participating in their third World Cup, along with the O’Brien brothers, Ed Joyce, and John Mooney. 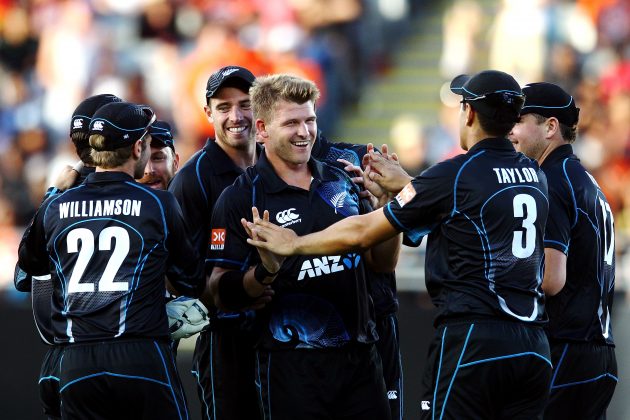 Brendon McCullum will lead a full-strength New Zealand squad for ICC Cricket World Cup 2015. The batting line-up boasts of experience in the form of McCullum, Martin Guptill, Ross Taylor and Kane Williamson, while Corey Anderson and Grant Elliott, who last played an ODI in November 2013, will serve as the allrounders.

The spin department will be manned by the experienced Daniel Vettori and Nathan McCullum. 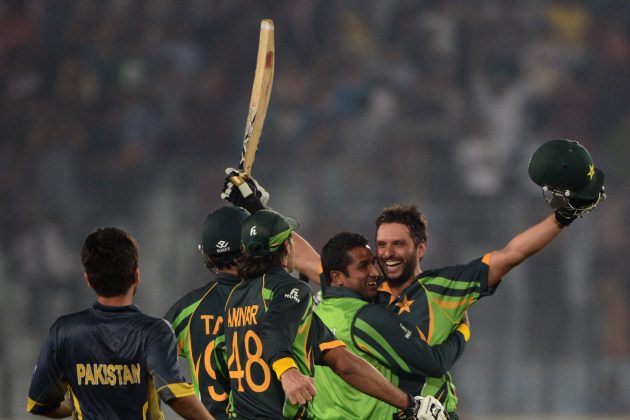 The Pakistan Cricket Board announced its 15-member squad for the ICC Cricket World Cup 2015 to be held in Australia and New Zealand. The squad contains two openers, four middle order batsmen, five pace bowlers, one spinner, two all-rounders and a wicket-keeper/batsman.

Sohail Khan, the seamer, who last represented Pakistan in 2011, was included. Shoiab Maqsood, Junaid Khan and Ehsan Adil have all recovered from injuries and will feature in the squad. Pakistan fans will be delighted by the presence of Shahid Afridi who will play in a fifth ICC Cricket World Cup since his debut back in 1999. 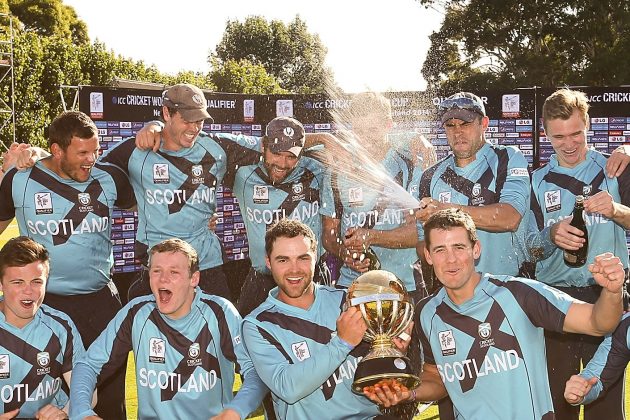 Cricket Scotland’s selectors have named their final squad of 15 players to compete in the 2015 ICC Cricket World Cup in New Zealand and Australia.

Scotland will start their Group A campaign on February 17th against hosts New Zealand, in what is now a sold out fixture, in Dunedin.
Preston Mommsen will lead Scotland to their third World Cup campaign, and will be determined to help secure their first win on the global stage, while looking to boost their current One Day International ranking of 14th in the world. 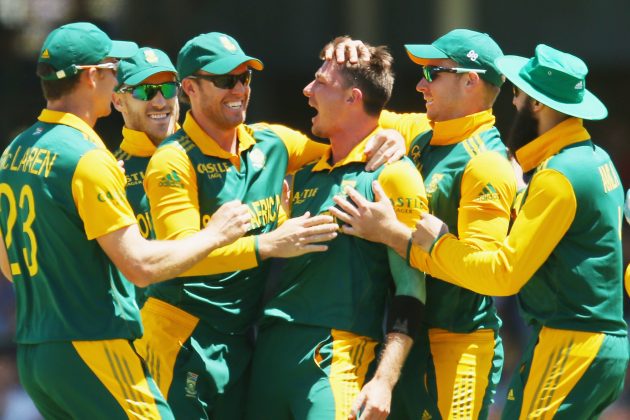 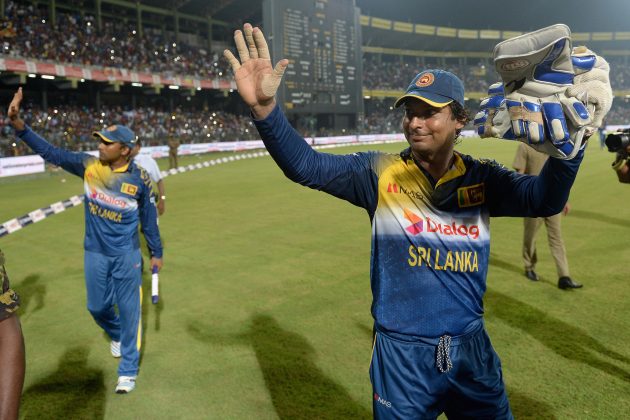 Sachithra Senanayake and Lasith Malinga were named in Sri Lanka’s 15-man squad, Malinga last figured in an international fixture four months ago and his participation is subject to fitness.

The Angelo Mathews-led squad also features Kumar Sangakkara, Tillakaratne Dilshan and Mahela Jayawardene, the experienced trio that was part of the team that finished runners-up at the 2011 edition in the subcontinent.

Alongside Lahiru Thirimanne, the vice-captain, Dimuth Karunaratne and Dinesh Chandimal, these three form the core specialist batting group, with Mathews, Thisara Perera and Jeevan Mendis  adding another dimension to the mix with their all-round abilities. 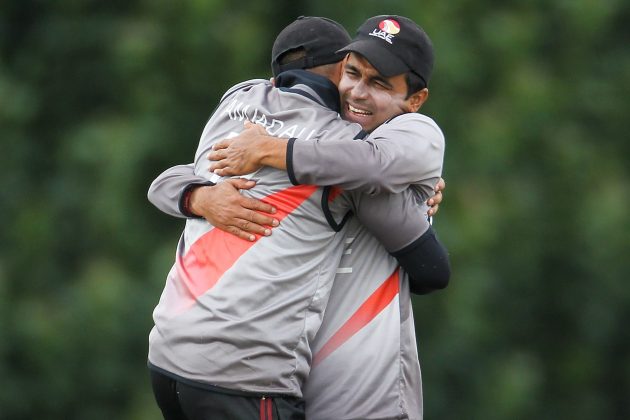 The Emirates Cricket Board has announced that the team will be captained by UAE National Mohammed Tauqir, with Khurram Khan as Vice Captain.

Considered a solid middle-order batsman and a right-arm offspinner, Tauqir has been an outstanding performer in the UAE’s World Cup preparations, showing positive development in both skill and fitness.

The UAE Squad also includes several members that represented them at their inaugural ICC World Twenty20 appearance in 2014 with Swapnil Patel, Rohan Mustafa, Kamran Shahzad and others returning for another ICC Global Event.

The most experienced ODI player in the squad is opener Chris Gayle with 258 appearances. Samuels (162), Denesh Ramdin (115) and Darren Sammy (115) all have over a hundred ODI games under their belts. Dwayne Smith (94) could achieve his 100th appearance during the Cricket World Cup.

The squad has a total of 1156 ODI appearances with only Sheldon Cottrell and Jonathan Carter yet to debut internationally. Carter and
Cottrell are both in the West Indies ODI squad to face South Africa in a five match series to commence shortly. 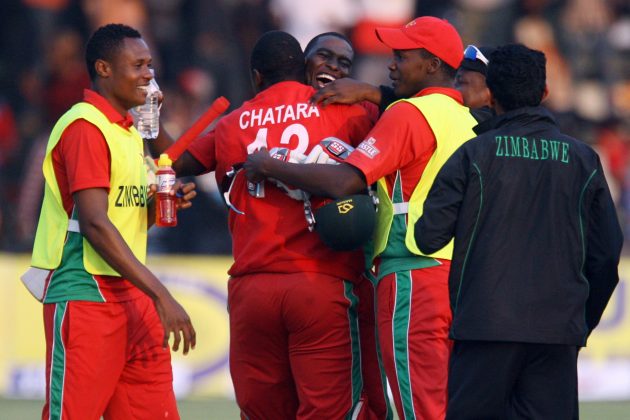 Hamilton Masakadza, who made his international debut 14 years ago, is set to play in his first World Cup. Masakadza will form the batting core alongside Sikander Raza, Brendan Taylor, Craig Ervine and Sean Williams.

The bowling group will be led by Tinashe Panyangara, who is likely to share the new ball with Tendai Chatara. They will be joined by Tawanda Mupariwa, the right-arm pacer, who last played an ODI in 2009. Tafadzwa Kamungozi, the legspinner, and Raza and Stuart Matsikenyeri, the offspinners, complete the bowling unit.