Quarantine is the most famous and searched word right now. Do you know who first introduced the world to the idea of quarantine, which is helping us fight the COVID-19 pandemic? It was Ibn Sina, a famous Muslim scientist, who gave the concept of the quarantine.

Who was Ibn Sina?

Ibn Sina, also known as Avicenna in the west lived in the period between 980 – June 1037. Sina was Persian by ethnicity. He is one of the most significant, physicians, intellectuals, writers and astronomers of the Golden Islamic era. Sina is also regarded as the father of medieval medicine science. Furthermore, he is one of the most substantial philosophers of the pre-modern period. He was inspired by Aristotelian philosophy and was a peripatetic philosopher. Reportedly, he has written 450 works of which 240 have survived, consisting 150 on philosophy and forty on medicine.

The Book of Healing, a philosophical and scientific compilation, and The Canon of Medicine, a medical compilation that became approved medical writing at many medieval universities and continued till 1650 are his most popular works.

The life journey of Ibn Sina

In the list of Muslim intellectuals, Ibn Sina has a distinguished place. He was born in a village in, where he was brought up in a well-off family. Besides, his father was a governor by profession and was an eminent scholar. Ibn Sina obtained thorough education and was known for his astonishing mind and intelligence.

At the age of 10, Ibn Sina retained the Holy Quran. Thereafter, he started studying the work of Aristotle, which yanked him into philosophy. Sina argued against Aristotle and said atom is not static and can be divided into infinity. His firm grip on mathematics served him in countering the atomic theory of Aristotle.

At the age of 16, Ibn Sina turned towards medicine and after two years he became a physician. Later, he worked on his systemic circulation and microcirculation that led to infer that germs are the main carriers of the disease. Notably, after around 1000 years, Ibn Sina’s work Guided Louis Pasteur in his germ theory.

He was a pious Muslim, he tried to harmonize rational philosophy with Islamic theology. The main goal of Ibn Sina was to show the presence of Allah (God) and the making of the universe with science, reason, and logic. His scientific and philosophical writings influenced the world until the 19th century.

It was the brainchild of Avicenna which led to the curbing of the horrific contagions a thousand years before.

Presently, when the world is fighting with the coronavirus pandemic, the initial move of the World Health Organisation (WHO) was quarantining. Originally, it was Ibn Sina who gave the theory of quarantine to control contagious diseases.

In his classic work, ‘The Canon of Medicine’ which was written in 1025, Ibn Sina discussed that a 40-day period of quarantine was necessary to lessen the spread of contagions. 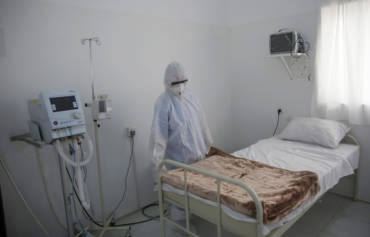 In the following years and till today, Ibn Sina’s ‘The Canon of Medicine’ has become the foundation of modern medicine. Besides,  the global medical community used it as the central book for approximately 600 years.

Moreover, another one of his classics is ‘The Book of Healing’, which is deemed as the most comprehensive encyclopedia composed by one man.

Furthermore, Ibn Sina was the first to learn that germs induce diseases, described the reasons and the methods of how people develop jaundice and other severe bacterial infections.

Had it not been Ibn Sina, the world would not have known about the benefits of quarantine. Today, the only prescribed way to tackle the disease is isolation and quarantine.

Muslim scientists have always contributed to the field of science. Do you know it was not Darwin but a Muslim scientist who gave the theory of evolution? Ibn Sina did a remarkable job and hopefully, the present generation of Muslims will follow his footsteps.