More than a year has passed but even today I have those nightmares. I was gang raped by guys I knew, the guys I started trusting because they acted nice towards me.

I knew these 2 guys from my school and I thought that they respected me and could never harm me. Both of them were friends with each other and claimed that they loved me but I was always reluctant of getting into a relationship with any of them and I told them this straightforwardly. One of them often used to drop me back to my place safely so I was sure that he’d never do me wrong.

It was a Saturday afternoon when that guy, let’s call him A, was supposed to drop me back to my place. He said that he wanted to talk about something so I was OK with that but I asked him to keep driving while talking. But he moved the car into his area and parked it into an isolated place and that’s when I started getting uncomfortable. I got scared and told him to drop me off but he refused to do so. After few minutes, the other guy, let’s call him B, came by and opened the back door of the car and got inside. I already got a feeling that something wrong is going to happen to me, I started crying and begged them to leave me alone. They laughed at me mercilessly and the guy at the back said, “Today we’re going to have so much fun”. 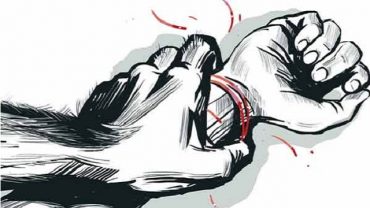 I panicked and started shouting and screaming and the guy asked me to shut my mouth or they’ll shoot me. I agreed on being shot to death rather than being raped but he didn’t shoot me. I was being pulled at the back seat and in the meanwhile I kept on shouting and hitting the windows of the car but all in vain. My abaya was taken off, clothes were torn apart and I was raped. I was being hit and beaten every time I screamed. I’ll never forget the laughing I heard as they took turns on me. I will never forget the way they captured my rape on their mobile phone. I’ll never forget the way they looked at me when it was over. After I was raped, they told me to get dressed. I was so traumatized and kept on crying like hell. 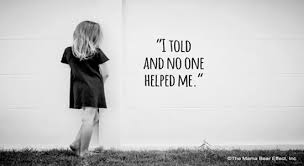 After they dropped me, I took my way to a pharmacy and asked them that I need a medicine which should be taken after rape. With tear-filled eyes, the man at the pharmacy told me that he cannot give me any such medication without knowing what exactly the problem is and asked me to see a doctor. Crying helplessly, I went home. I somehow managed to act normal in front of my family because I didn’t want them to know that something happened with me.

After 2 days of the incident, those guys started approaching me again by texting and calling me. They said that they were sorry, and wanted a chance to sort out the things. But I refused to forgive them. They got furious and started to blackmail me that they’d upload my pictures if I do not solve the matters with them. The guy whom I was in a relationship with left me after knowing that I was raped but he promised to get me out of all this scenario. He talked to his friends and a teacher of us to help me out but no one did. I didn’t file any complaint against them to the police because I didn’t want my family to know about anything. 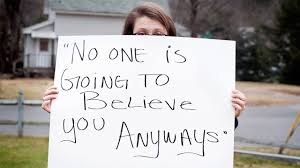 As days passed, almost everyone from my school got to know about what happened with me but no one helped me. I had my exams in few days but I didn’t have any courage to face anyone. I knew that those guys would be there too, so I lost all of my strength. But then I somehow managed to pick up all the broken pieces of me and got into the form again. I appeared in my exams, facing everything, everyone. I often had encounters with my rapists at the exams venue. The first few days, I got panicked every time I saw them and they’d laugh and smile at me mischievously before my exam and consequently I used to lose all of my courage. They kept on harassing and blackmailing me but I couldn’t find a way out.

Then came a man who got to know that a girl was raped by those guys. He was a total stranger to me, so was I, but he decided to help me and get me out of this mess. And now it is that day when almost one and a half year has passed and I really thank God that I am safe and protected…that man is now my husband.

When people asked them the reason of doing this, they said that they raped me because I rejected them. Woah! If a girl refuses to get into a relationship with you, then you’ll rape her? Bravo!

All I wanted was justice, but I never got any. All I could do was stay quiet. I could never break my silence because I couldn’t bear the pain of my family knowing it.

I will never forgive those who raped me, and those who left me deserted when I was most in need of assistance and condolence. I think of myself as a survivor, and not a victim, because I did not cease living my life, instead I decided to continue it anyway. Allah has rewarded me with many beautiful things but still I am suffering from PTSD. It is a double punishment for me because firstly my body was violated and then my mind won’t let me heal or forget.

Similar to murder, rape is a reprehensible act that leaves a body defiled. But rape victims are not like murder victims; they live and relive the event. Worse yet, they can never leave the scene of the crime. But then I look in the mirror and realize, wow after all those hurts, scars, and bruises, after all those trials I really made it through. I did it. I survived that which was supposed to kill me. So I straightened up my crown and walked away like a boss.

To all the girls out there, never let these monsters exploit you. God forbid if anything ever happens to you, report it to the police at once. I still regret being silent on what happened to me and don’t want any other girl to feel this way.

At last, I pray to Allah that may He save and protect all the girls around the globe and no girl should ever have to face what I’ve been through.
Aameen! – Anonymous