At The Age Of 15, I Attempted Suicide And It Was The Best Decision

“End it. Just do anything to end it.” The 15-year old thought to herself after hearing them fight for another night. Abuses. Beating. Normality, right? Something which continues happening around you. Something which you should get used to. Something which should numb you. But it doesn’t work that way no matter how much you want it to.

The problem with growing up in an abusive environment is you find yourself caught between the agonies of either wishing to get ‘used to it’ or wishing to see an end to it. Feeling rejected by none of these options seeing the light of the day, feeling helpless in just that moment, I kissed the bottle of sweet, white poison, hoping to have a tragic end to something which wasn’t my fault…to something which God had sent me to.

But I survived. I was rescued. Something which I didn’t want. I didn’t want to live in the world of humans having something as beautiful as hearts – hearts, the symbol of love. I couldn’t see how others were rescued by angels who were showered love and flowers and hope. I knew I wouldn’t get any of it. How would I even think any of such a thing when all I felt was alone in a world full of people who had their tongues sharper than knives? Wrapped in the wrath of abusiveness and torture, putting an end to my misery was all I could think of.

Read Also: Suicide Note Of The Teenage Couple Will Leave You Speechless!

Don’t Call Me A Coward 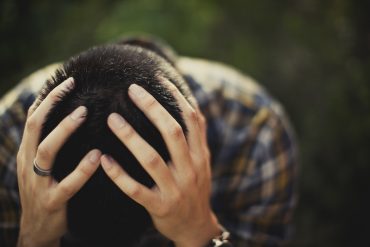 There are scars all over my body. Different parts, wanting to be hidden. Cowardly, they said. Little did they know when the blade and skin kiss each other, they make up a tragic love story. The pain lingers in the soul, in the skin for days. Showers become nightmares. Touching someone else becomes painful. I wanted to be touched. The fear of others seeing scars haunted me. The scratches remain. The residues remain. The reminders of what you have been through remain. Little do they understand – maybe they do not want to understand. Coward, they will continue saying it.

The scars on my skin wanted to be kissed because growing up we hear stories of how kisses heal pain. But now, these scars are a constant reminder of what I have been through. The scars speak.

If I hadn’t committed suicide, I wouldn’t have seen what I see today.

A Brief History Of The Extensive And Deadly War In Syria Which Killed 500,000 Humans
Mulzim Ya Mujrim – A Hollywood Inspired Commercial Play You Need To Attend!
To Top