I Don't Care What They Say...Only God Can Judge Me!! 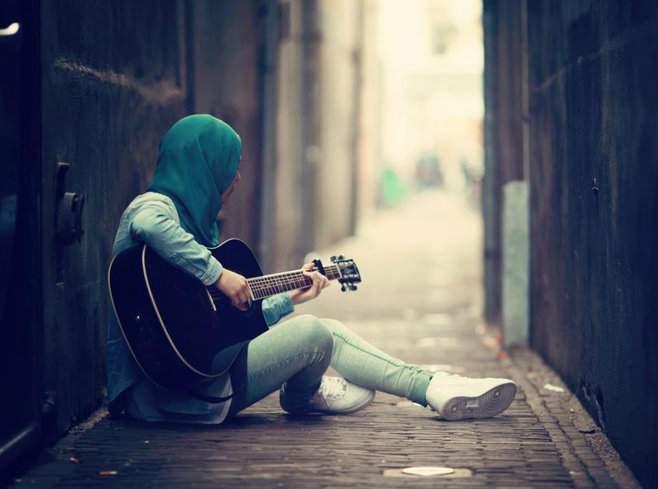 All Praise is to be Allah. He has all the power.

I’m writing this article not to defend or offend any being. We all are human beings after all and we all are equal , their comes no discrimination by cast , creed or colour in Islam, then why are we fighting over matters with our own Muslim brothers and sisters, why are we pointing our fingers on others for just a mistake they did knowingly or unknowingly. I’m not specifically defending Sir Junaid Jamshed or sending hate to those who dislike or got hit by his comments/remarks. Yes, everyone has his/her own opinion and no one can take that right from you. Likewise, their are some Muslims who want their woman to wear Hijaab ,do ”Pardah’‘ head to toe and are specifically very strict to their woman (because they are so religious or try to impose their Islam on others). On the other hand their are some of Muslim brothers who fantasize about the women, about their beauty and want their woman to follow the footsteps of this category of women.

So we see every living human has his/her own perspective and want things to work their way. We cannot say that ”He is giving Fatwa” or he is misguiding by imposing Islam the harsh way. Yes, Islam has given all the rights to women and our Prophet Muhammad (peace and blessings of Allah be upon him) make them practice into Muslims by preaching and guiding.

About this point , Islam has given freedom to women but it has sketched a boundary for women too,which is for her own good. Women of today are totally unaware of that and neglecting their norms and values. When a woman steps outside her house hundred of eyes look upon her from her facial beauty to her dress code, from her dressing to her figure. She cannot protect herself from the eyes of people that is why Islam has given women a modest dress code ”Hijaab”. Even if she wears a hijaab ,that shield is helpful though, but people who can’t help staring at you will definitely gaze (man is always attracted by a woman) and pass such shameful comments. If they don’t pass derogatory comments they will talk about you. What Islam says in this regard? According to Tafsir ibn Kathir, “And stay in your houses” means “stay in your houses and do not come out except for a purpose. One of the purposes mentioned in Shari`ah is prayer in the masjid, so long as the conditions are fulfilled, as the Messenger of Allah [صَلى اللهُ عَليهِ وَ سَلم] said:

– “Do not prevent the female servants of Allah from the masjids of Allah, but have them go out without wearing fragrance“. According to another report:

So according to this yes Allah has given women freedom but not the type of freedom that western society exercises and we all know the causes and ultimate results of proposing women equal rights as man has (Men-women equality). This is wrong by exposing yourselves you’re doing nothing but preparing a hell-fire for you by displeasing Allah subhanahu wata’alah.

Think positive’ change your perspectives, although Sir Junaid Jamshed way of proclaiming that was harsh but his point was not wrong. His point is somehow makes sense. Yes’ one of my brother/sister who wrote that article about him , you’re right as well everyone has his own way looking things. You have your own opinion, im not taking anyone’s side because who am I to point out whether hes right or you’re wrong? But tell me one thing if we kept looking bad into others and never look up for what good they’ve. What difference we will make? You cannot judge someone for just one bad habit they’ve and neglect for all the good they possess. No one is perfect except for Allah and His Prophet Muhammad (peace and blessings of Allah be upon him). Stay humble and try to be forgiving in nature.

Sir Junaid Jamshed made some unappropriate and unacceptable comments about Hazrat Aisha (R.A), unintentionally and he was very apologetic for that. But after that people started judging him by this mistake of him. For example like of that sort,

-Though You Later Apologized Claiming You Had Realized Your Mistake But Then You Went On To Say. And Now You Say “Allah doesn’t like talking about women. How am I wrong? What have I misrepresented here?”

-There is alot of hypocrisy about you becoming face to face with na mehraams on TV, images are being spread, you touching the women.. You being related to tableegi jaamaat alot fingers are being pointed at them. can you please clarify everything?

I’m not offending you or defending him I repeatedly saying this so that you might not misinterpret the fact that I too am I a sinner and cannot judge anyone.

”In Quran women have been mentioned but it’s just Hazrat Maryam who was mentioned by her first name. It’s not because Allah dislikes women or dislikes mentioning women, it must be because the level of respect Allah wants its slaves to give to women and such remarks are not serving the purpose… Fine you gave us explanation, but till when will you keep offending us and giving explanations later? Is this some sort of a publicity stunt that always works like a charm?”

He and whatever he does, he is answerable to Allah. He gave a detailed justification about his point you yourself declared that. Who are we to forgive ? The way he left all his music life and adapted Islamic way of life, isn’t that enough to explain his righteousness and purity. We all are defected, we all have some bad unpleasant factors in ourselves but just for that solely reason is our goodness does not count. If we keeping pointing out ”Nuqs” in others then tell me who will go to Jannah.

It’s my humble request stop looking bad in others. If someone is giving you a good message take it don’t refuse it. So as he is doing, he is trying to spread word of Allah. Even he has passed some unacceptable remarks , you must listen his good word. As he isn’t making innovations or misconceptions about Islam. He makes his point clear and proves it’s validity by quoting verses of Qur’an. So what is wrong hearing to that brothers and sisters. I hope you’ll take my point as a clear guide instead of offensive note.

Rest Allah knows the best what’s in the hearts.

Also See: Mr J. Your Remarks Offended Me and I Just Can’t Stay…

Ali Zafar Did What No One Else Could Do For This Girl!!
6 Reasons Why Everyone Should Experience Dorm Life At-least Once!
To Top