I AM NOT Imran Khan, I AM NOT Bilawal Bhutto Zardari, I AM PAKISTAN, LOVE ME! - Parhlo 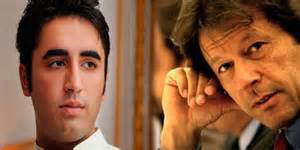 The evolution of the political tradition all over the world reveals that for a long time, probably, till the end of the 19th century the son of a king will take over the rule of the kingdom as soon as the king died. Gradually, as the rule of the kings dwindled and the light of democracy reached the world this tradition was abandoned. Still, the desire and the wish to continue the tradition within the democratic tradition never seized, rather it lurked somewhere in the brain cells of our unconscious mind. The censor board of our collective minds forbade us to follow the past. Still, the desire never died and even in the most civilized countries like America, the Kennedy family, the Nehru family in India and a number of families in Pakistan. Our country with the growth of families who control the entire political horizon of Pakistan, make calculated and delicate arrangements that their family remains visible at the level of politics that they play. It may be at provincial or national level or even at a higher level. Young family members are groomed to be would be politicians. They learn the rules of the game by being with their elders be it a political meeting, meeting party members, a foreign visit or talking to the masses. A certain period of time is invested before the elders get a feeling that the new boy ifs ripe to enter the wild world of national politics. We have seen young adventurous boys replacing their elders in nearly all the provinces of Pakistan. The young guns of the political families are moving in to replace the aging members of the family.

The latest entry to this ongoing tradition is the entry of the latest from the Bhutto family, the young foreign educated Bilawal Bhutto Zardari. He belongs to a family that has given Pakistan two popular Prime Ministers and one shrewd but not so popular President. Mr Bilawal Bhutto Zardari started leaning the rules of the game from the cradle, saw his mother fighting a military dictator, learnt that Zia ul Haq hanged his grandfather, Zulfiqar. Ali Bhutto .He knew that his mother was jailed and the establishment made her life miserable. In the process, this young Bilawal Bhutto Zardari also learnt that two of his maternal uncles were killed. 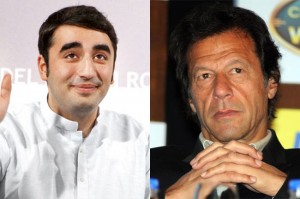 Who knows if ever, this young innocent looking boy wanted to enter politics? This boy, with financial stability could have enjoyed life in the capitals of Europe or in American States. Would we ever know if Bilawal Bhutto Zardari has joined politics out of choice or out of family compulsions? Would his western education dent his authoritative role of a big landlord of Sindh? Would the democratic traditions that he must have seen, observed and practiced in the west will serve as guide to him. Would he be a better person, human being or just be a traditional leader. Will he operate within the confines of exploiters that is what politics means in this part of the world.

If Bilawal Bhutto Zardari, wants to make a name for himself in history then he needs to change his mind-set. He must set his priorities and these must be the betterment of the common man in Pakistan. He has to work hard to eradicate the menace of poverty, malnutrition, dirty drinking water, illiteracy, unemployment. In order to do his he has to bury the ego of a landlord, a master,. His aim should not be that politics is a tool in exercise of power but he must make his own motto that politics is an exercise to service the people, rather than himself. Therefore, he as a  person must be seen as role-model to millions of Pakistani. To enjoy at the expense of the tax-payer is the norm of the country. The latest models of BMV and Mercedes, person planes are taken for granted. Leaders feel that is their right to have all these things and o to foreign lands under the guise of state visit, state in the most expensive hotels to represent a country where all the social and economic indicators are among the worst in the world. He has to kill the savage politician that is inside the body of every politician in the country. Unless, he does that he will be one of the politicians of the country but nothing extraordinary, nothing special. 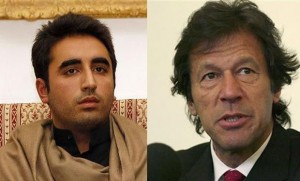 Mr Bilawal Bhutto Zardari today is the birth of your political career and, therefore, make a decision at all the different levels of your conscious self. Do you want to be remembered in history as the political son and grandson of ZA Bhutto and Benazir Bhutto? This country offers you a chance to change the course of history. We have wasted about 70 years since independence, blaming each other for all the ills of society. Let us now make a promise that we will take the country forward, work for the benefit of the country. Reconciliation was the slogan of your father so why reconcile with all the positive forces that exist within the country. I suggest that you can join hands with Imran Khan, join hands with any person of any party or ethnic group who is ready to work for Pakistan. 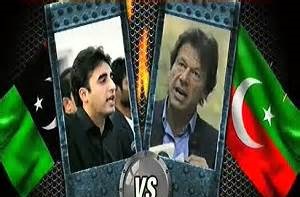 Bilawal Bhutto Zaradari, let us make a country where the Noble Prize Winner do not have to go into exile, where different ethnic groups can live in peace and friendship, under the flag of Pakistan, where minorities feel as safe as the majority, where rule of law is the order of the day, where talent is the only criteria for every job or admission to higher education.

Come up with this vision of a country and you will get all the support from your countrymen. Organising big meetings are the ploy of business minded politicians. Let your deeds be your political meetings and see that soon people will follow you. Prove to the world that you are ready to repay the respect, honour, love that the people of Pakistan gave to your family.

Shahid Afridi, You don’t deserve to be captain T20’s, let alone in Cricket World Cup 2015
Do you know Malala? Yes? Do you know Nabila Rehman? Unfortunate!
To Top