I am a Muslim and I Support Donald Trump Because... 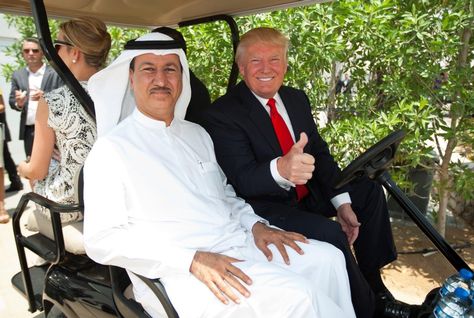 While people, especially Muslims are focusing on Donald Trump’s negative traits, here’s what he has been teaching the Muslim ummah:

1. The Importance of Integrity

The obviousness of Donald Trump’s lies and devil-may-care attitude is almost frightening. Here is a man who has next to no moral compass, from letting a journalist be physically harassed at one of his rallies, to saying he would cover the bills of his supporters who attack protesters. 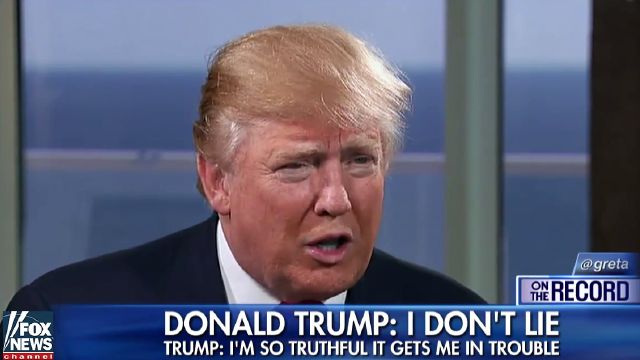 This man is a pathological liar – telling tales systematically which such confidence, that one is almost unsure of whether he is telling the truth or not. Admitting to mistakes is not something in Mr. Trump’s dictionary, and it is something that any sane person can see from those who are victims of his violence and flat-out lying, why it is so important, to be honest.

2. He has proven who amongst the public truly is racist

Donald Trump’s public display of racism has helped to show who really and truly is ignorant in their agreement of his opinions.

From the repeatedly announced ‘wall’ to be put up on the American borders.

To saying the attackers at a Black Lives Matter protest were justified in beating a person, Trump broadcasting his racist ideology has helped differentiate between those who understand how terrible it is to treat a human being like an inferior, and those who support him and his disgusting behavior.

Donald trump supporter just tweeted me. I blocked him/her out of fear. #antitrump

More and more white Americans are realizing the importance of taking a stand against Trump as white people. If Donald Trump sees the people he is ‘being a racist for’  are against him, there will be no reason to his actions.

““[It] is time, white people, for you to finally step up and recognize that you also (even more so) have a responsibility to your race. It is up to you to silence Donald Trump. Don’t just insult him and make fun of him. You have to connect it to your race. Recognize that he is embarrassing you as a white person.” – W. Kamau Bell, African American Comedian.

3. Donald Trump has solidified the importance of women’s equality

Trump has never actively proven his endorsement of women’s equality or support of gender rights. Quite the opposite actually – “ “I don’t think he’s feminist,” Ivana says upon her return when asked of Donald’s stance. “He loves women. But not a feminist.” (Ivana’s reps called The Post two days after the interview to clarify that Donald was a feminist. Then they called to say he wasn’t. An hour later, they said he was.) “.

But he has prompted millions of others who do support gender equality to speak out, and understand that even men in powerful positions are not all knowing, nor is it necessary that they will support them:

26,000 unreported sexual assults in the military-only 238 convictions. What did these geniuses expect when they put men & women together?

There’s never been a national campaign with such visible anger toward women as @realDonaldTrump. They are now officially defending violence.

Donald Trump on women – in his own words – pic.twitter.com/SPB3bWnmQa

4. Trump has, strangely enough, made a distinction between Muslims and terrorists

With his unreasonable rants about how Muslims are bad, more and more Muslims and Muslim supporters are speaking out against the misconceptions concerning terrorism and Islam. People are more understanding and have learned more about religion through comment threads on a Donald Trump article than they would have otherwise.

5. Trump is forcing people to take action against him

The extent of the need to stand up against Trump has not only united Americans  but has also made people from other countries extend their solidarity and support. American citizens are attempting to free themselves from the nightmare that is Donald Trump through petitions, protests and debates are all steps of progress.

We are Republicans. We are Democrats. We are Independents. We are joining in unison to say https://t.co/LdMzOTzMwfpic.twitter.com/SaabRyj0II

And we will do our part to deny @realDonaldTrump the Republican nomination and ensure that he never becomes commander-in-chief. #NeverTrump

6. Trump has forced people to spread awareness among others, and so, is increasing knowledge

The horror experienced after Donald Trump wiped out the elections on Super Tuesday, people seemed to better understand the urgency to educate people on why Trump really and truly is the worst choice for a presidential candidate. The importance of explaining why his stance on women, immigrants and state defense are all abysmal,  is now a necessity, one which has sparked all manner of discussions, making people focus on important issues.

And this is a difficult task with all his minions running around. #DumpTrump#NeverTrumppic.twitter.com/oHIwLLVQrg

Millennials  have never been as politically active. The sheer fear that this man might be a possible contender has pushed the younger generations in America and worldwide to research on political alignments and policies, to learn more about politics and trends in the political-economic climate, and foreign relations. People are reading articles, stepping up and trying to refute all of Trump’s baseless arguments with real, valid evidence. Because what else can you do when a pathological liar just doesn’t listen?