Pakistan Muslim League Nawaz (PML-N)’s leader Nawaz Sharif has always been prominent when it comes to corruption. Currently, being the victim of deteriorated health, the former disqualified Prime Minister is getting treated in London. However, after a small time of calmness, yet again, Nawaz Sharif’s recent picture in a London restaurant has sparked a debate on the internet.

Turning sick while in Adiala jail, the disqualified PM leader submitted a request to allow him to go to London for treatment. Among then circulating ‘no deal’ news, PML-N previously confirmed that Nawaz Sharif will be leaving Pakistan on health grounds. Well, recently, Nawaz Sharif’s younger son Hussain Nawaz tried to clear the air on the viral restaurant picture after it went viral online. 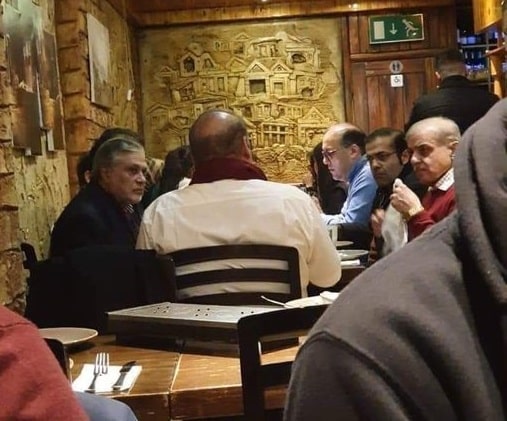 Apparently, the Pakistan Tehreek e Insaf (PTI) government has started having doubts about Nawaz Sharif’s ill condition. In the viral picture, Nawaz Sharif can be seen sitting with family and other party members in a lavish restaurant. Particularly, the table had Nawaz Sharif’s son Hassan Nawaz, brother Shehbaz Sharif, senior member Ishaq Dar and others.

”Doctors ordered us that Nawaz Sharif needed to go on small walks!”

Later, Nawaz Sharif’s younger son Hussain Nawaz took to media to provide an explanation of the affair. Putting it on the treating doctor, Hussain Nawaz said that the doctor recommended taking his ailing father out. Apparently, the decision was taken after Nawaz Sharif began feeling claustrophobic at home and needed a change of atmosphere. 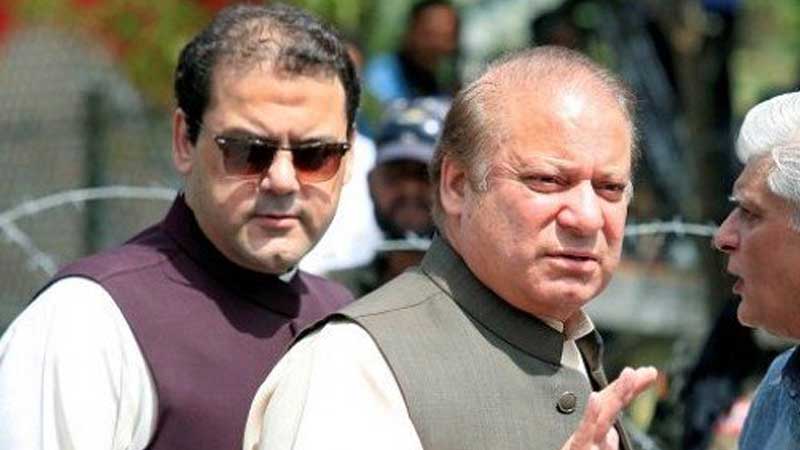 Further, he said that the doctor has even asked to take Nawaz Sharif on small walks twice a day. ”We insisted that father visited a restaurant so he could get acclimatized, he left the residence on our insistence. Doctors ordered us that Nawaz Sharif needed to go on small walks for at least two times in a day and we paid heed to their recommendation”, Hussain Nawaz further stated.

As of now, the PTI led Punjab government is being dubious on Nawaz Sharif’s ‘fragile health’ and might take action. On the snap, floating on social media, PTI’s Minister of Science and Technology Fawad Chaudhry also took a dig at his opposer. With the viral picture, the minister sarcastically called the chosen venue a ‘crucial unit of the hospital’.

Fawad Chaudhry and his elite humor!

What do you think of the picture? Let us know in the comments section below!