Imagine yourself at a funeral of a person who died in a road accident. Would you scramble towards telling their dear ones of all the ways drivers get it wrong which lead to fatal accidents? Wouldn’t that be disrespectful and insensitive? Would you endorse precautionary measures right away? It’s a no-brainer. Ideally, no one in their right mind would do that.

With that being said, if you are a public figure having nicked an influence on the community, you would be more cautious, careful and composed about your actions, which could obviously include your opinions and statements. But in our culture, people do not take that privilege into account and slip down the slope with their words. Just like Hussain Haqqani, former ambassador to the United States did in one tweet. 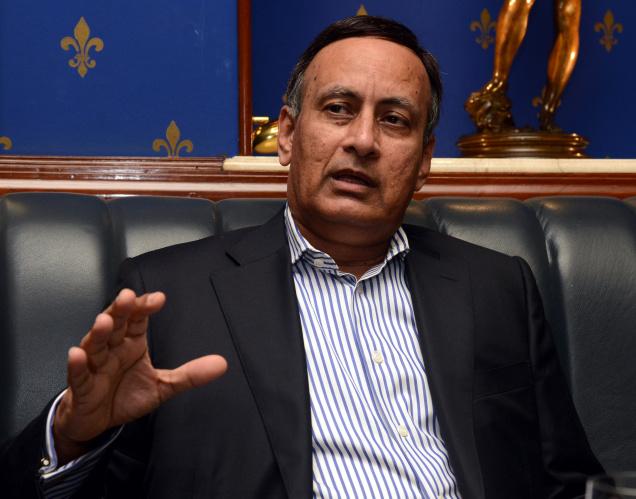 In the local political spectrum, Hussain Haqqani remains a controversial personality. As a former ambassador, it’s quite ironic how he continues to malign Pakistan in different ways. It may not be the first time that the ex-diplomat has pulled off a controversial statement out in the media; he continues to stay relevant with his outrageous claims that are mostly overlooked by Pakistan and the United States as well.

However, he continues to stay loud and paves his way in every bit of controversy with possibly one agenda that political experts and the public have come to notice – pull dirt on Pakistan.

With one tweet, Hussain Haqqani just showed where his priorities belong – being insensitive, disrespectful and a waste

As a church is attacked in Quetta by terrorists, here’s a book by @fispahani that tells the story of religious minorities in #Pakistan pic.twitter.com/MSumHQGvHe

Let that sink in, guys…

A backstory – Farahnaz Ispahani is Hussain Haqqani’s wife and the author of the abovementioned book.

The ill-timed endorsement of his wife’s book drags Hussain Haqqani deeper into controversy. He stooped on a new low. We are already accustomed to him spewing hate against Pakistan; in and out, he continues to malign but it takes a human to show some respect during a time of tragedy especially when it’s suffered by the people, by the community he is a part of and by the people he once advocated in a strange land.

Considering this, Hussain Haqqani did not care to consider the time or moment and went absolutely nuts with his tweet. He used the moment to endorse his wife’s book and what’s surprising is that Farahnaz blatantly follows the same route. What dimwit level is that?

Many thanks. Book available on Amazon, for Kindle, In Pakistan, USA & India.

Meanwhile, Pakistanis are absolutely outraged and here are some reactions that simply say it’s not okay!

Maybe an applause for the delusional mind here?

got a incident to promote the book…hats off to u

Using a tragedy to sell your wife's book? I'm lost for words…

Opportunist with no heart or brain either

People write against it. It’s clear

How down you can go to earn money and publicize your book. Your are using this tragic incident for it.

Did she also cover Jerusalem and USA policy ? You husband wife team are scared to even say a word or retweet any thing on that

You people are so pathetic

The bottom line is that our armed forces work tirelessly under unrelenting stress and challenges to counter terrorism in Pakistan. It’s our responsibility to encourage their efforts and endorse their role. On the other side, one should stand in solidarity with those who have suffered in such a catastrophe and show some respect for the victims.

Nations suffer a hard time but lose the game when their people become spine-less because it’s all down to our individual efforts – it concerns us all, even on a minute basis, which is why it is our responsibility as well.

What is your opinion on the whole matter?

2017 Wouldn’t be 2017 without these 9 Controversies that took Over Our Minds!
Looks Like Amir Khan Doesn’t Even Know His Wife’s Name and He Probably Doesn’t Care Either
To Top