An Egyptian throws his wife from the 5th floor after discovering that she tested positive for the coronavirus disease. The incident took place recently, in the capital of Egypt, Cairo.

According to some sources, the couple was involved in an intense argument. In addition, amidst this, the husband found out about the wife getting infected. The next thing the wife knew was she got pushed from the 5th floor.

The threat of contagion has twisted our psychological responses to everyday interactions. We all are bound to behave in the most unexpected ways when encountering people during this pandemic. 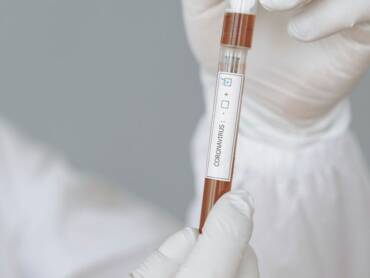 Regardless of that, what the husband did here is not at all justified. No matter how much you fear the infected person, pushing them from a five-story height is the last thing that would occur to you.

During a fight, the husband pushed his wife and she fell to the ground, unconscious. The fall caused severe fractures in her spine. The woman, aged 25, fortunately, survived the fall. She was immediately taken to the hospital by her neighbors. She had surgery for spinal injuries.

The security services in the area of Al-Matareya in central Cairo have gathered some details. They received notification from the hospital that the woman has severe broken fractures all over her body.

The security authorities have detained the husband in prison. Amidst the investigation, he confessed that there were ongoing disputes with his wife. Additionally, they were having constant arguments and had decided to separate.

Furthermore, the husband also admitted that the tension worsened when he found out she had contracted coronavirus.

Husband’s statement to the police was:

“I was afraid of becoming infected. My wife took three tests, which all confirmed she was infected. So I asked her to leave the house. But when she refused, I pushed her.” 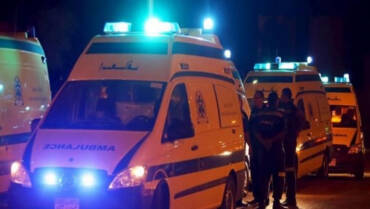 Consequently, the Public Prosecution Office has ordered his imprisonment for 4 days. He is remanded in custody pending investigation and trial on charges of attempted murder.

The investigation is pending as the team was not able to hear the wife’s side of the story. Her testimony is not heard yet, which impends the investigation.

Soon after spine surgery, the victim was isolated. Thus, the authorities are now waiting for the wife to recover. Once she completes her quarantine, she can provide a sworn statement.

However, the doctor says that it could take her months to fully recover. Her infection was quite stable, but in spite of that, she remains in a critical condition.

This shocking incident has shone a light upon the increasing panic over the pandemic. In fact, not only that, but it has also blown the lid off the fact that domestic violence has tremendously increased during the coronavirus lockdown.

There has been a worldwide increase in domestic violence amidst the pandemic. As many people are trapped in homes with their abusers, the cases are reported to have increased by 20%.