Edhi Foundation is a credible institution that is responsible for many lives including those of children and women. People who do not have any roof above them are provided shelter by the Edhi Foundation. The money they raise through several campaigns not only help the foundation itself, but the majority is given to Edhi homes for old people, their orphanage, and their schools. However, Amna and Feroza  had a different opinion regarding the conditions at Edhi and tried reaching out the general public to let them know about the alleged truth of what is really happening there. At this point, Huma Adnan comes forward to negate whatever they said by replying them with this:

“I just saw a delicate woman, with perfect makeup, duppata pinned on her head and making another video for facebook. I am not bothered by any of the things I mentioned here. It is where she was standing. It was what she was saying.

The woman was in Edhi Center talking about filth and cruelty over there. She said it’s better to kill people than to keep them in such condition. After giving an emotional speech for three minutes, she showed a room with no proper bedding and some children inside. She kept asking one if he was hit by anyone, but he didn’t say anything. At the end she told people not to fund Edhi.

How easy it has become to go and make a video, viral it and make people believe what you want them to believe. 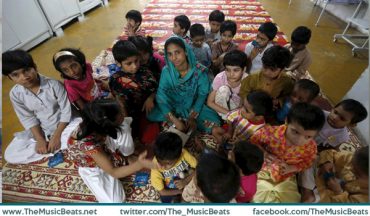 Dear lady with so much class, I hope you are reading this. I usually don’t do this, but seeing so many shares of your post alarmed me. Aren’t you taking home from those children who have no home? Do you know what home is to them? Edhi Homes aren’t suffering because of their inability or corruption, but because people like you don’t give them charity anymore. The organization isn’t running on any government funds. And for such a big platform the funds which common people give aren’t sufficient. Do remember this is the only private organization which has its own ambulances, shelters for women and children and schools for orphans. How can you go ahead and tell people to take the only hope from those lost souls? How can you just come up with your plastic face and accuse someone who dedicated his entire life for humanity? Have you ever visited slums of our metropolitan cities? Have you ever been to less privileged areas of our capitals? I guess, no! Go and breathe there! I am sure you won’t survive a single minute! Those are people who are living there with families. No one comes forward and change their lives! But Edhi changed lives of those who were dumped in garbage before they opened eyes. Edhi sheltered those who were abandoned by their families! Edhi stood for those who were left on the streets by their children! And there you are telling people not to give funds to them in your fake accent! Have you ever given them any donation? Do you even know how transparent the process is? Even if you deposit 100 bucks they register your name! Not a single penny goes into the management’s pocket! Tell me any other organization which itself says, “Drop your child in this cradle. Please don’t kill them.” He saved so many lives and there you are taking the hope from those who badly need it. 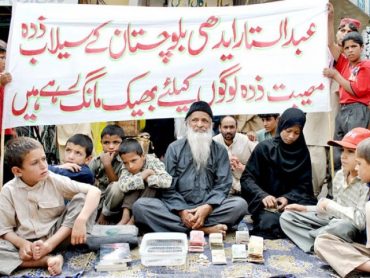 Faisal Edhi has already reported that people have cut the funding and they are running out of reserves. What do you expect in such circumstances that they would provide a luxury suite to those children when they are hardly able to pay their bills. You do know that their electricity and water isn’t free, don’t you? Government doesn’t give them anything for free. You tell people it’s better to kill them than to let them like this. Seriously? Half of the world stands against euthanizing animals and you are showing the mentality of a savage! I don’t want to compare you with any animal because I don’t want to humiliate a specie who is better than you. Next time, when you need internet fame then come up something wise and sensible! Don’t talk of things which you have no idea of! Shedding tears won’t help! A helping hand is what they need! You ask what was Edhi’s aim? Let me tell you, his aim was to save unprivileged people from idiots like you.

If you really want to do something then volunteer! Collect funds! Buy them food! Sponsor a child! You are upset because place was messy, then go and clean it. Have you ever heard of Red Crescent, Dubai Cares, Robin Hood Army and many more NGOS who are working with the help of dedicated people. No matter how rich you are, but when you volunteer you don’t worry about doing odd jobs. So next time before spreading the fake news to get the internet sensation, think what you can do! Think that if you or I would die their in any accident , no one will come to get our bodies but Edhi ambulances. May you never see the scenes when people lose their lives in bomb blasts. I have witness the scenes when no one has the courage to pick human organs but those working with this respected NGO. May you understand that this is one of the gems which our country has. Yes it’s in crisis, but because of people who are coward and selfish and can do anything but to criticize. 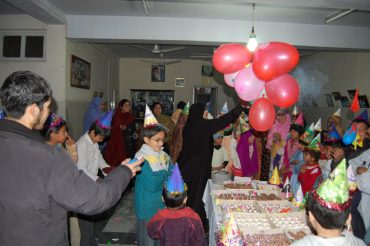 And those of you who are sharing this post without a proof please go and visit these homes. Think why this hype has started just wehe it’s time to donate zakats? Think carefully that who is behind this. Do something productive than to make this attention seeker a famous loser.

May the soul of Edhi rest in peace! May long live Edhi Center!

The Edhi Foundation has always been a saviour to the lowest class of people of Pakistan. The babies who are found in trash bins are raised by the Edhi family and they do it just be donations. Such is their success that they now operate the largest ambulance service in Asia, and probably the world. It is a request that if any such derogatory news or claims rise up, people should first investigate completely, for misunderstanding of one person can harm thousands of people.

You are Doomed – 8 Things that Might Go Wrong Just Before Eid!
Ali Noor ‘Stripped Down’ and Left Everyone Stunned
To Top