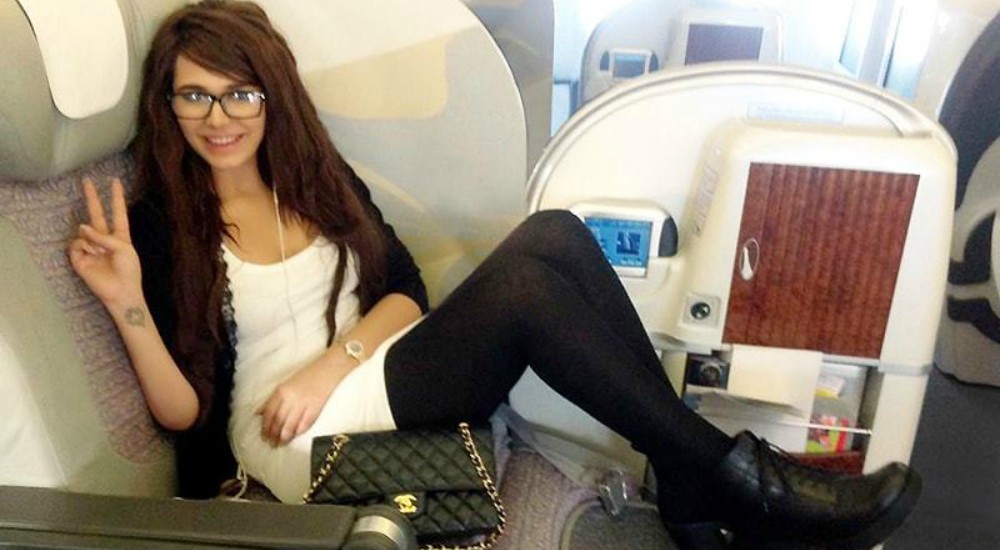 Every human being in this universe has an overwhelming fear of one thing or the other, more commonly known as ‘phobia’. The fear of flight or being at a great height, in this case, is known as ‘Acrophobia’. Most people take these fears airily, and refer them as almost ‘nothing to be afraid of’ are the ones who panic the most. If you are Acrophobic, it’s nothing to be ashamed of. You just need to make your mind for it. Every 1 person in 5 is prone to have Acrophobia, whether he likes to admit it or not. After all, for your consolation, there are people who suffer from ‘Koinoniphobia’; the fear of rooms.

The important thing is to prepare yourself for the upcoming fear of your life i.e. the fear of flight. You need to ensure some important measures in order to make it a smooth trip avoiding any hassle because of your psychological fear. Yes, this stress and fear and anxiety are all in your head. Therefore you need to logically make your mind understand that it’s just a trip.

Read Also: 10 Of The Strangest Fears That Exist In The World!

Below are some important tips which you might want to read before taking a flight, to calm yourself down.

Decide to take on an airline which is well known for its comfort and ease. A comfortable flight will help you forget your fear at the most.

2. Book A Flight Which Doesn’t Have In-Between Stays

Book a flight which has the shortest time interval and doesn’t have any in-between stays. Nothing would be better of course, when all this is finally over, especially if it is sooner than you pictured.

Tell your inner god/goddess to calm down. It’s just a trip and everything is going to be fine once you land. Think of it this way; you are NOT going to fall off, the plane is not going to catch a fire, and above all, the plane is not going to crash. Surely in the 21st century, we aren’t hearing the news of a plane crash, are we? Compile some logical facts which would help you to treat your greatest fear as a morning joke.  For example, ‘Snakes on a plane’ was just a movie!

4. Take Some Stuff Toys With You

Take some stress relieving plush toys with you. Squeezing a rubber toy is far better than biting off your fingers.

Source: Diaries of a Super Senior

Carry some books in the luggage allowed with you inside the plane. Never forget to keep your favorite books with you along a distressing trip. If you feel everything going down, just open a book and live in another realm.

Ask the hostess to bring you a pillow. Sleep and dream most of the time, so that your mind doesn’t dwell on the dangerous prospects of the flight you’re in.

Yoga is the answer! What can be more calming than a thorough and peaceful yoga? Sitting still for a long time during a flight can make your body go numb in certain areas, especially the back, neck, knees, and feet. You would definitely look awkward from the rest, but believe me, your back and your knees are going to thank you later. The vast world of yoga does have asanas which can be performed while sitting.

You’re aboard an international flight! Just remind yourself the pleasures of walking into a different city. Tell yourself that you’re overcoming your fear just to reach your destination and if you panic now you’d be wasting your hard work so far of defeating your stress. Think of how proud you’d be when you land and all this is over and the greatest fear of your life would seem as a piece of cake. Think, that it’s just the once you’re afraid on a flight when all this is going to be over you’d never be afraid of flying again. People won’t mock you after your heroic attempt of forcing yourself to fly. Think.

Are you a game addict? Yes?! Well, then this flight is nothing to stress about, not for you anyway! Just install some of your favorite games on your Smartphone, and way to go! Your flight is covered! You wouldn’t believe how fast time passes when you’re a gamer. So just a few seasons, or a few runs, or a few levels, and you’re there! You wouldn’t even know when you reached another country.

So dear readers, I hope the above measures are beneficial for you and may they succeed to lower or if possible, eliminate your stress. Relax, and don’t let your fears fool you into the panic. Consider yourself a magnificent bird hibernating to another country with its wings spread into the horizon. Just remember to walk to and from the flight like a survivor, keep your head up high and remind yourself that it’s just some stress you’ve got to defeat. Happy flying!