Here's How This Desi Bombshell From Pakistan Is Breaking The Internet!

“Hey everyone! How’s you doing? My name Shumaila!”

This is the welcoming sentence of Facebook’s newest sweetheart; Shumaila Bhatti aka Desi Bombshell. Shumaila, as she puts it, is a modern Pakistani girl from “the Lahore, Pakistan”. She, after completing her BBA Hons from English Medium University, has found her way to the US of Amreeka.

When you enter her page, this is the video that you are greeted with

With Snapchat video at her disposal, she utilizes Facebook and talks to her audience about her problems in life. Being an educated girl of liberal mindset from a middle class Pakistani household, the troubles she faces in her life resonate with the common woman of our society.

Her way of expressing her issues in combination of her witty and humorous take on her own life has had everyone rolling with laughter for the past week! The daily rants about the hurdles in her life and her aspirations are quickly catching everyone’s attention on social media and have managed to garner over 10,000+ likes as of now, in just under a week!

Moral of the story?

Doesn’t matter who you are and what you face in life, Shumaila is there to help! Her quick video stories often end with a “moral of the story” that summarizes the lessons that she has learned through experiencing the harsh realities of the world at such a young age.

As she puts it, being an “education career girl” is going to be tough, but Shumaila has got your back! From dodging unwanted rishtas to avenging the childhood injustices that breed your insecurities, Shumaila has got a solution for everything!

If you think #TheShumailaBhatti has the solutions to all your problems, you can follow her on Snapchat @desi.bombshells 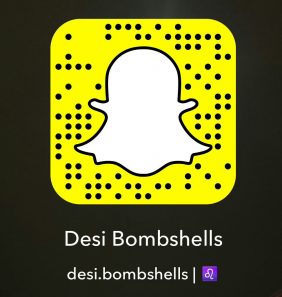