How Raheel Sharif Made 2016 Better For Pakistan 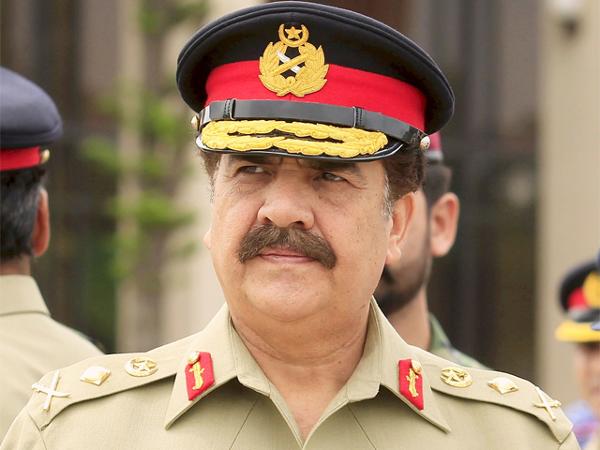 On November 28, Pakistan is expected to bid farewell to General Raheel Sharif. For the masses, he has arguably been the most popular military commander since the much eulogized Ayub Khan. Similarly, for more than a fair share of the intelligentsia, General Sharif has commandeered through a critical phase of geostrategic realignment and domestic adjustments.

With a little over a week remaining, the federal government is yet to disclose its plans for the selection of the next chief.  The four generals in line to be next COAS have been already been well publicized and since General Sharif has, earlier in the year, announced his intent to retire at the end of his tenure, there remains a negligible chance of an extension.

In his three years as COAS, General Sharif has done Pakistan proud on numerous occasions through his remarkable stance on highly sensitive domestic and international issues. Below are some of the most impressive steps he has taken for the betterment of Pakistan:

Following the June 8, 2014, militant attack on Karachi’s Jinnah International Airport, the political and security leadership of the country announced the launch of Operation Zarb-e-Azb in North Waziristan Agency. With its launch, came the revised strategy of “no discrimination among good and bad Taliban” and a full-blown offensive commenced against militants across the country.

Ultimately, though not completely eliminated yet, terrorism has decreased across the country during General Sharif’s tenure. Another of his trait that won hearts was the commander’s insistence on spending all special occasions – Eid, Independence Day and the like – with soldiers out on the field.

December 16 will forever remain a black day for Pakistan. It would have been easy to have lost all hope in the face of a massacre of 140 little angels, but our leadership remained courageous and initiated serious measures to combat extremism. From going after sources of militants’ funding and their distribution networks to strengthening of the National Counter Terrorism Authority and improving law enforcers’ capacity to tackle terrorism, the NAP remains vital for making Pakistan safer.

One of the most important features of the new security plan drawn up in General Sharif’s command was the Karachi security operation. The port city – financially significant, ethnically diverse and politically charged – fell victim to a vicious cycle of turf warfare and, from 2002 to 2013, thousands of lives were lost to senseless violence in Karachi.

Under General Sharif, the strategy for control of Karachi was revised and the multiple political players were brought in line through a combination of effective measures.The result? Ask a common Karachi wala and you’ll understand what #ThankYouRaheelSharif really means!

Since 2013, the Inter-Services Public Relations (ISPR) has been extraordinarily active. The military has, traditionally, kept away from keeping the public in the loop with its operations but General Sharif’s tenure marked a revision of that strategy too. The people of Pakistan were informed of every development related to Operation Zarb-e-Azb, the chief’s activities and other important events. Particularly effective has been the ISPR’s strategy to target ‘millenials’ and those after them; social media platforms were brilliantly utilized to promote patriotic sentiment and love for the army.

With that, the ISPR also used the traditional electronic media and produced dramas, films, and songs catering to all age ranges. The result has been undeniable. General Sharif’s popularity remains sky high and #ThankYouRaheelSharif is a testament to that fact.

Staying Out Of Saudi Arabia’s War In Yemen

Pakistan has, historically, been involved in military operations driven by other vested interests. Perhaps one of the most significant decisions of General Sharif’s tenure was keeping Pakistan’s military out of the Saudi Arabia-led offensive in Yemen, a war that has seen a harrowing death toll but very little media coverage globally. War is death and destruction. We have been witness to it and victims of it. General Sharif may have just given us all hope for a better tomorrow, not just in Pakistan but globally.

On October 6, Dawn newspaper’s Cyril Almeida reported on a high-level security huddle and wrote that the civilian government had complained of mounting international pressure for doing more in the crackdown on militant groups. The report stated the civilian side told the ISI chief that whenever law enforcers took action against certain groups “the security establishment worked behind the scenes to set the arrested free”.

In return, the ISI DG too had stated that such covert support would be undesirable and that he would visit all provinces to implement a reviewed strategy. What followed was a storm of hate against Dawn and Almeida, as the government too dismissed the story as “amalgamation of fiction and
fabricated”. While the military leadership too voiced its displeasure, General Sharif ensured that instead of direct action against the media group, all accountability was carried out through the civilian government and in line with due process.

No To Extensions And Martial Law 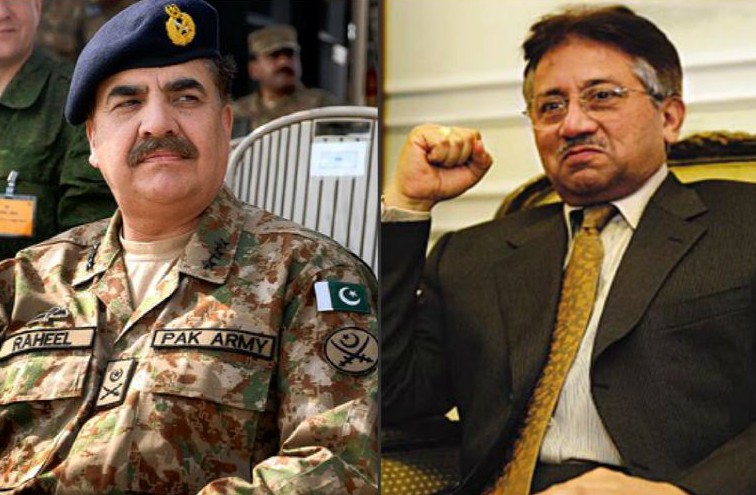 With his immense fame and popularity came repeated calls for General Sharif to take over and impose martial law. From Imran Khan’s dharna with the ‘third umpire’ innuendos to Move On Pakistan party’s banner campaign, General Sharif was implored by certain quarters to disrupt the political process.

The China-Pakistan Economic Corridor is considered an immense project for the future of Pakistan. However, given its economic potential, attempts by our enemies and separatist elements to sabotage the project were always on the cards. To deal with the threats, the military, and civilian leadership devised plans to protect the CPEC infrastructure, including the establishment of the Special Security Division (SSD).

With the Chinese also initially being concerned over the safety aspect of CPEC, it was the dedicated efforts of General Sharif and the military that assured them enough to go ahead with the megaproject.

Taking On Corruption Within The Ranks 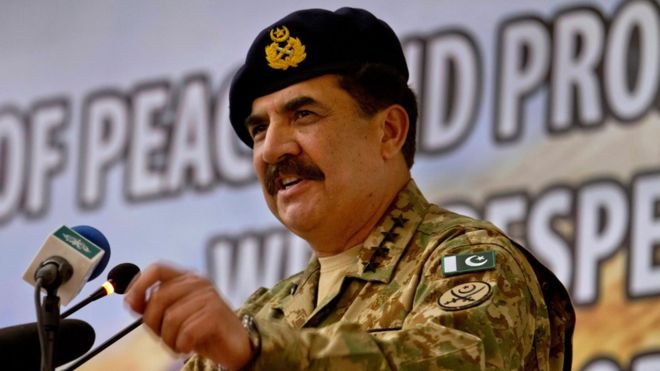 Charity begins at home. With much said about politicians and their penchant for corruption, General Sharif set an impressive example when he allowed for the corrupt practices of military personnel to be brought out of the dark. His decision to dismiss 12 army officers against whom allegations of corruption had been proved was a stark reminder to the civilians to initiate similar actions.

In January this year, when the chorus of calls for extending his tenure was at its loudest, General Sharif dismissed all such talk with a brief statement in which categorically said, “I don’t believe in extension and will retire on the due date.” The statement issued on his behalf by the ISPR put to rest all debate on whether the government would offer him an extension and whether he was willing to accept. For his unwavering professionalism as a soldier and courage and commitment as a commander-in-chief, General Raheel Sharif is a superhero for all Pakistanis. Honestly, #ThankYouRaheelSharif!