Gone are the days when the youth was addicted to Facebook and Instagram. Tiktok is the new addiction now. This fad began with the lip-syncing videos, and then memers were quick enough to invest in its meme potential.

Didn’t we all used to think of Tiktok as some app with cringe filled teens syncing to Bollywood songs? Well, it has obviously proved many of us to be wrong! Not only does this social platform has its own culture and style, but it has also led to an evolution of vines.

Tiktok has effortlessly become a new Internet pop culture, with millions of active users. It is safe to say that this Tiktok fever is not going to end any time soon. In fact, it seems like this social platform is bound to attract more users with the passage of time.

The ‘jaw-dropping’ salaries of Pakistani Tiktokers

Recently, Ahsan Khan had invited the famous Tiktok stars of Pakistan to his show ‘Bol nights’. These included Areeqa Haq, Mujtaba Lakhani, Sherry Butt, Aiman Zaman, and Mishal Butt. Overall, the show was quite entertaining, with a combination of games played by the guests, and some interesting question-answer segment. 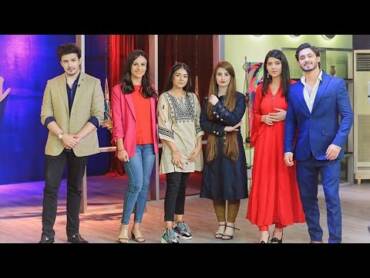 Ahsan Khan asked these Tiktok stars to reveal the monthly income that they generate from the social platform. You will be as taken aback as we were!

At first, the guests talked about how the amount earned by the app is not exactly fixed. They reveal that it is very much dependent on the company, the campaign, content quality, and the number of videos.

Guess how much they make from a video clip of approx 0.08 seconds? Lakhs! Yes, you heard that right. Imagine if such a short video clip has the potential to produce an income in lakhs, then what about the long ones.

The famous Tiktok star, Areeqa Haq, who got featured in Asim Azhar’s upcoming song revealed how much she earns in a month. Upon asking, she disclosed that she makes around 150,000 to 200,000 per month on the app. This proves that the app has become a side career for today’s youth.

Here is what Areeqa Haq has to say about it:

It is to be noted that, she has the highest following on the social platforms, not only on Tiktok but also on Instagram. So it kind of makes sense for someone with such an influence to earn that kind of money. She has certainly taken the Internet by storm!

Moving on to the other guests, Mujtaba Lakhani and Aiman Zaman also revealed their monthly income. They talked about a recent campaign they did with a mobile company, which made them earn 1 lakh 60 thousand. Are you shocked? Wait till you hear how much the sibling duo earns! Sherry Butt and Mishal Butt make a total of 4 lakhs through Tiktok.

Is this tempting you to drop your nine-to-five job and start a Tiktok career? Well, you, my friend, are not alone! It is not that cringy after all, is it?

‘Made In Pakistan’ Ventilators Are Now Ready For Operational Usage
Indians Believe They Can Destroy China By Banning TikTok, Other 58 Chinese Apps
To Top