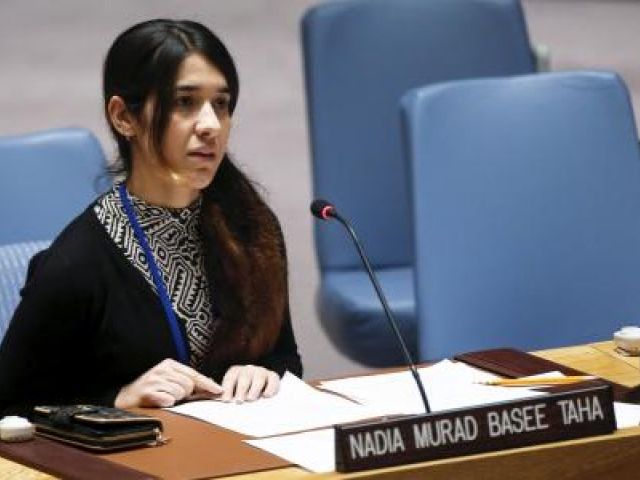 Nadia Murad, a 21 year old Yazidi who managed to escape the clutches of ISIS after three months of being on the receiving end of atrocities and brutality, made a chilling speech in front of the UN Security Council last week. She recounted the horrors that she had faced and seen, and implored the UN to get rid of ISIS.

This was the reaction her story drew: 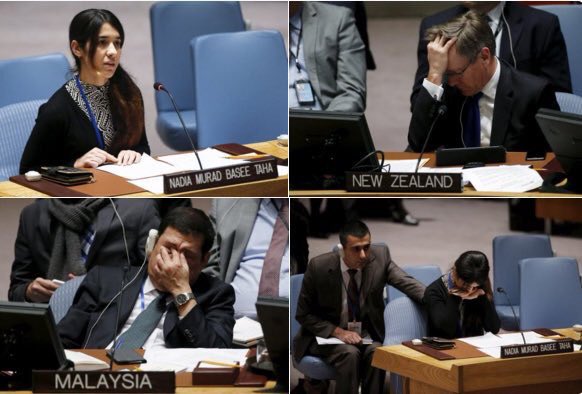 This week, Ms. Murad visited Egypt, and addressing the students of Cairo University, further divulged how the militants use to force all the slaves, “sabiya”, as they call them, to pray before they were gang raped. Ms. Murad related her own incident of being gang raped until she lost consciousness.

Yazidi women, in the IS, are bought and sold openly, with a “worth” less than that of animals, according to her.

Sex slavery remains one of the most debated facets of IS related discussion. Over 5000 Yazidi women were captured when ISIS attacked their territories in Iraq and killed their men. They are subject to rape and other brutalities while ISIS members joke about it on social media.

According to the ISIS, intercourse with a slave isn’t considered rape, and is allowed in Islam. In an article written in the ninth issue of ISIS’s official magazine, Dabiq, the author, a woman, claims that sex slavery isn’t just allowed by Islam, it was practiced, and looked at favor with, by the people in the early Islamic days. 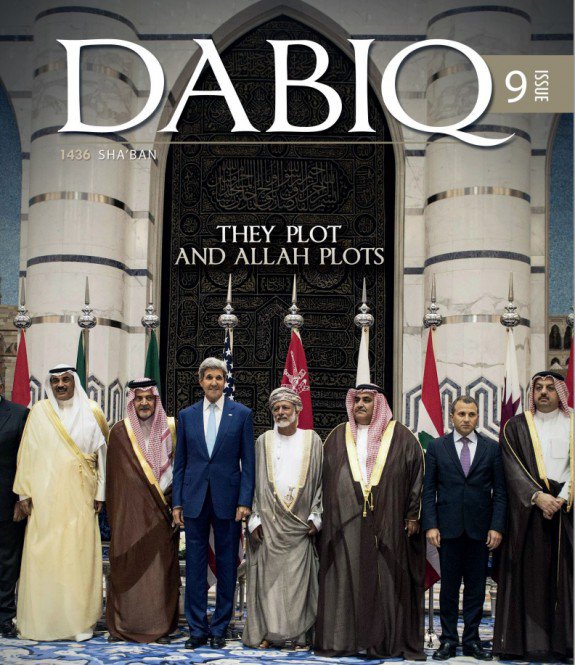 They back their claims by quoting incomplete and out of context Quranic verses (which many scholars have interpreted differently), and Hadith, the authenticity of which may be questionable. 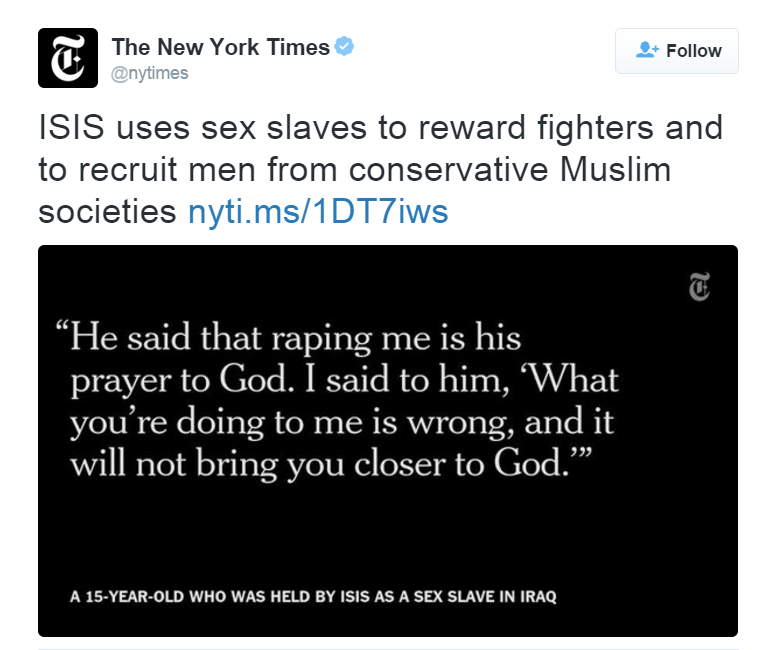 This is how ISIS justifies it in the magazine:

“Are our people awake or asleep? But what really alarmed me was that some of the Islamic State supporters (may Allah forgive them) rushed to defend the Islamic State – may its honor persist and may Allah expand its territory – after the kāfir media touched upon the State’s capture of the Yazīdī women. So the supporters started denying the matter as if the soldiers of the Khilāfah had committed a mistake or evil.

Yes, Allah has opened the lands for His awliyā’, so they entered and dispersed within the lands, killing the fighters of the kuffār, capturing their women, and enslaving their children.

I write this while the letters drip of pride. Yes, O religions of kufr altogether, we have indeed raided and captured the kāfirah women, and drove them like sheep by the edge of the sword. And glory belongs to Allah, to His Messenger, and the believers, but the hypocrites do not know!”

This is what they have to say, on social media: 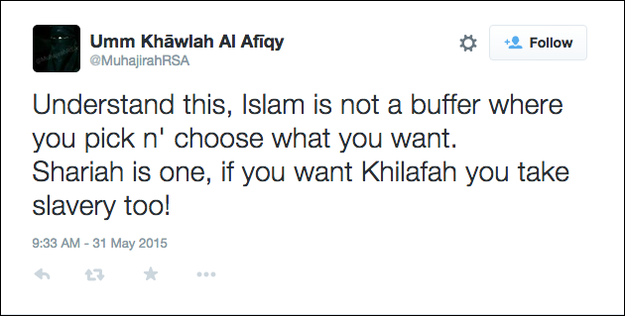 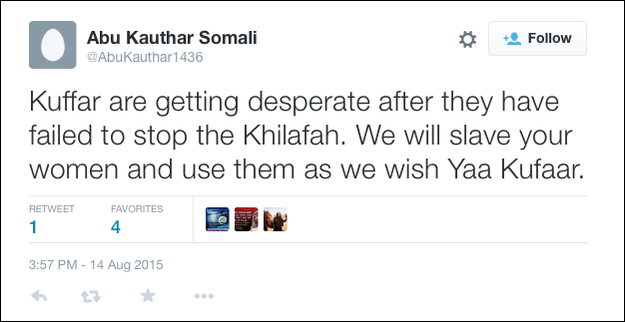 They joke about the buying and selling of Yazidi women on Twitter: 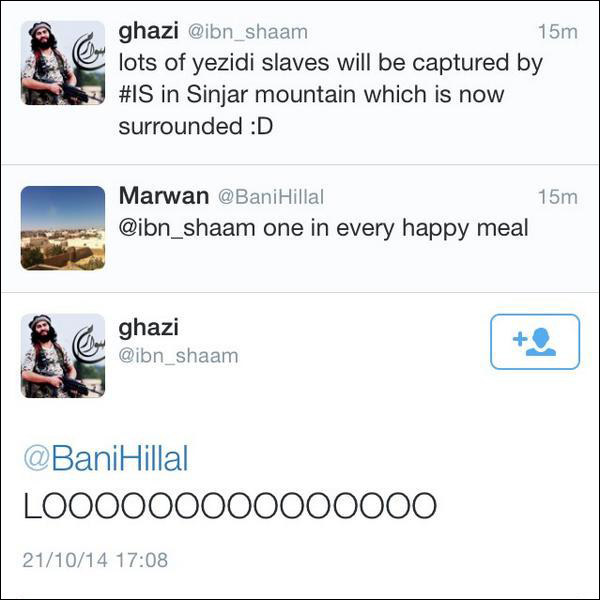 Ms. Murad faced beating and yet another gang rape after her first failed attempt at escape. Her second escape, three months after she was taken into captivity, was successful.

Her tale epitomizes the plight of thousands of Yazidi women who are humiliated and tortured in un-imaginable ways by the ISIS, and rightly calls for concrete action to wipe out the militant organization.