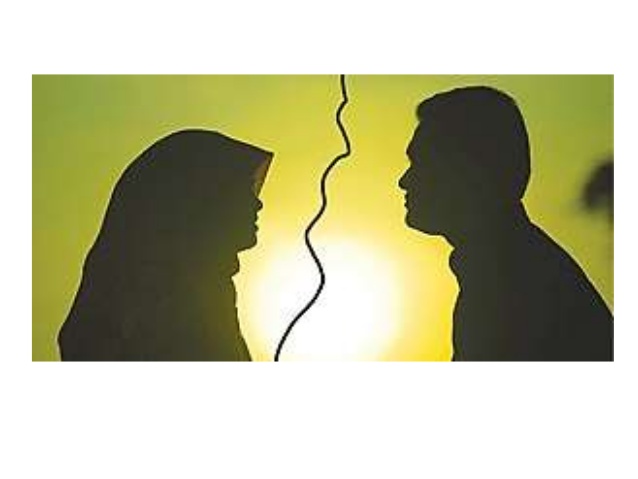 “We are a part of the society where a woman is said to be helpless and incomplete without the presence of a man. Sometimes, I feel that my maternal home doesn’t welcome me, but what more can I do?”

– Words of the 30 year old Lubna Waseem of Mumbai who had to face the wrath of divorce.

Marriage is a beautiful bond between two unknown souls willing to spend their entire lives with each other, within the bond of love and compromise.

‘Nikkah’ is considered as a Sunnah in Islam, while ‘Talaq’ is said to be one of the most disliked activities by Allah SWT.

Triple Talaq is the Islamic concept where husband uses the word Talaq (I divorce you) three times to finish the marriage.

A man says ‘Talaq, talaq talaq’ and the life of a woman finishes there and then, leaving her in the agony of fighting for herself on her own.

Scoopwhoop recently interviewed Lubna Waseem, a 30 year old single-mother who went through the same distress few years ago. When she was a child, she lost her father, while her one and only brother was killed in a road accident in 2012. 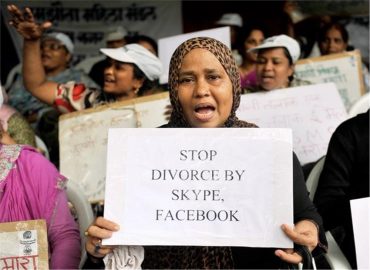 Lubna was married to her maternal cousin in 2005. After a year passed, the couple was blessed with a baby. Little did Lubna know her life will become problematic – the same year, Lubna found out that her husband was already married to a non-Muslim woman who converted to Islam.

After some time passed, she discovered that her husband is having an illegal, forbidden affair with a colleague from his office.

She witnessed what most of the women in our society do – beaten up upon objection towards something that is disliked by the husband.

“Whenever I raised my voice, my husband would abuse and torture me. Nobody took my side, even for the fact that they were my own family.” Lubna adds while telling the tragedy.

“Talaq, talaq, talaq” – the words Lubna dreaded to hear the most were said by his husband in front of her grandmother and was told to leave the house.

Refusing to leave, her in-laws stopped talking to her. All of her courage ended when her husband severely injured her, putting her in ICU.

“My mother was worried that they may kill me. I was in hospital for 15 days.”

Determined Lubna, she filled a case of cruelty and domestic violence against her husband. After her legal case started to work in her favor, the local Muslim group started sending her fatwas (decree) and letters that her divorce is valid in the eyes of Islam and she has no right to fight.

According to Lubna, a man uses triple talaq to marry another woman or give a name to his extra martial affair. Her personal experience and this thought is what makes Lubna believe that India should ban triple Talaq.

“Neither do I wish to remarry, nor do I want my previous husband back. I just want a ban on polygamy and triple Talaq.” – Lubna.

In 2008, Lubna finally got what she was fighting for – the court ruled her divorce as invalid and ordered her husband to give RS.2000 every month as the maintenance. However, Lubna hasn’t received anything yet.

Lubna tells that the legal process practiced in India is depressing and grinding – only 5 from 100 girls have successfully achieved what she has. Lubna still uses her husband’s name on the identity card and personal documents.

“The male dominated and oppressive religious authorities present in India call themselves the custodians of Islam, but they have no idea how women-centric and women-friendly Islam is.” Lubna added while telling how the Muslim clergy address the issues in India.

“Whatever happened to me is in my past, but I do not want any of this to happen to my daughter or any other young girl out there.” Said Lubna who pays for her son’s boarding school by giving tuition all day long.

While Triple Talaq is how Islam orders Muslims to practice divorce, it the men who have taken the rule forgranted by ordering Talaq to their wives which ruins their lives.

Umair Jaswal Had A Brilliant Comeback To Ali Azmat’s Remarks On Him
7 Things Girls Say To Guys They Don’t Want To Be In A Relationship With!
To Top