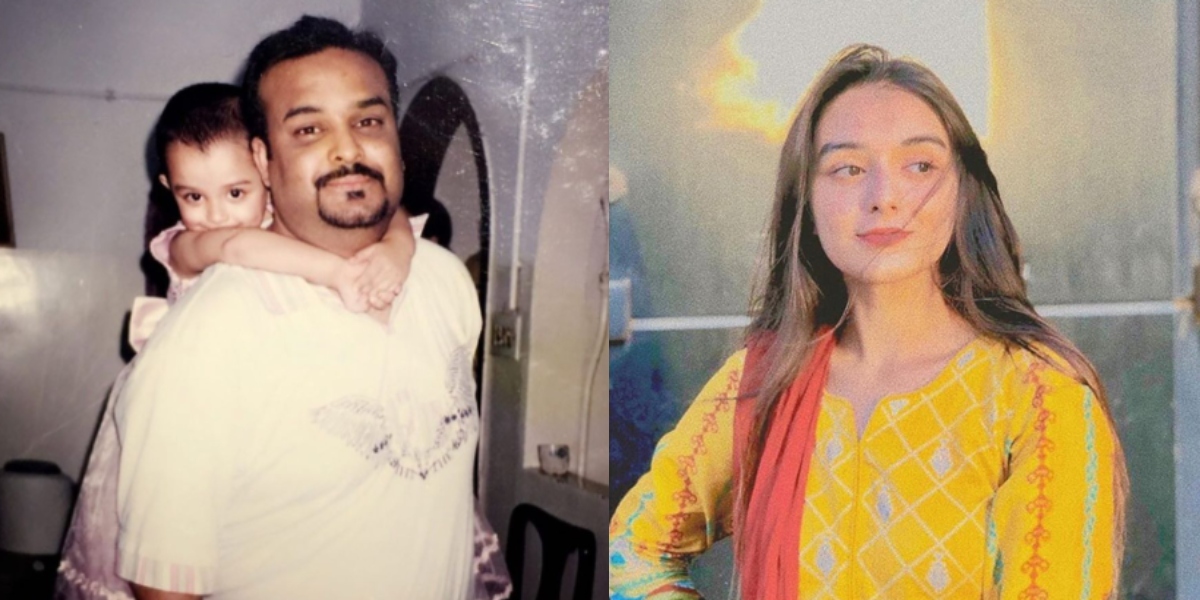 It is more than 4 years since Pakistan’s highly lauded qawwal Late Amjad Sabri left us. Today on December 23, Sabri would have been celebrating his 50th birthday. But fate didn’t allow him to.

Sabri was born on this day 1970 in Karachi. He was a renowned qawwal, naat khawan, and a proponent of the Sufi Muslim tradition. People all over the world loved him wholeheartedly.

Late Amjad Sabri was shot dead in Karachi on June 22, 2016, when he was on the way to a television studio for a Ramazan transmission. Two militants, Mohammad Asim and Mohammad Ishaq were found guilty. And military court sentenced them to death in the year 2018.

Sabri often used to share various family pictures and childhood photos of his kids on social media. Fans and followers of Sabri loved seeing him with his children as they grow up.

The most prominent child of the late qawwal is Hoorain Sabri. She has been making waves on social media with stunning clicks. She became an overnight star when she shared some entertaining videos on TikTok.

As a successful social media influencer, Hoorain has amassed a large fan following that includes Sabri’s fans as well as some young fans who enjoy watching her content. Hoorain was very close to her father.

Their strong bond was evident when Hoorain shared a childhood picture with her father bond on the occasion of his 50th birthday. She shared the picture on her official Instagram handle.

Hoorain Sabri becomes emotional as she remembers her father

In the picture, a cute little Hoorain is carried by her father on his back. Remembering her father, the emotional Hoorain says “HAPPY BIRTHDAY ABBA JAAN MISS YOU.”

Fans of Sabri have adored the picture shared by Hoorain. They loved the father-daughter bond and also prayed for the soul of late Pakistani legend.

It is evident that the people of Pakistan still miss Sabri, specifically for his naats. Some of his most loved pieces include Tajdar-e-Haram, Bhar Do Jholi Meri, Jis Ne Madine Jana, More Haji Piya, and Tauba Qubool Ho Meri among others.

In July 2020, the country remembered Sabri on his fourth death anniversary. Even though Sabri may not be physically present with us but he will remain in the hearts of all Pakistanis.

Remember Tuba & Her Husband Faraz? The Love Couple Is Back With A Bang!
As Food Industry Takes Yet Another Hit Amidst COVID-19, Influencers And Restaurant Industry Make A Heartfelt Appeal
To Top