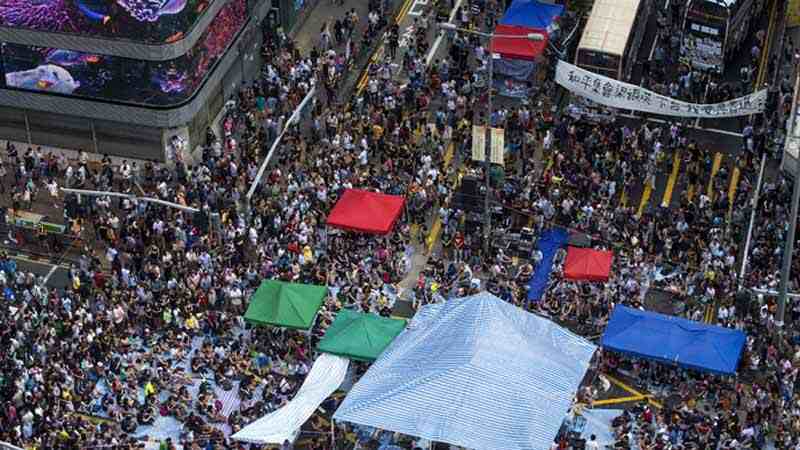 Student leaders of the pro-reform protests in Hong Kong have come up with an ultimatum to the cityâ€™s chief, saying if he doesnâ€™t step down theyâ€™ll start storming government buildings.

The protesters are demanding election reform. Theyâ€™re against the central governmentâ€™s August decision that nominees for the city leaderâ€™s post in 2017 elections will be chosen by a Beijing committee, and they want the current leader of Hong Kong to resign.

The protesters have already fulfilled their earlier threat of stepping up demonstrations in case their demands arenâ€™t met. Wednesday demonstrations saw a greater number of protesters, as it is China’s National Day, a public holiday in Hong Kong.

They are now prepared to go further in attaining one of their major goals â€“ forcing Hong Kong Chief Executive Leung Chun-ying out of office. 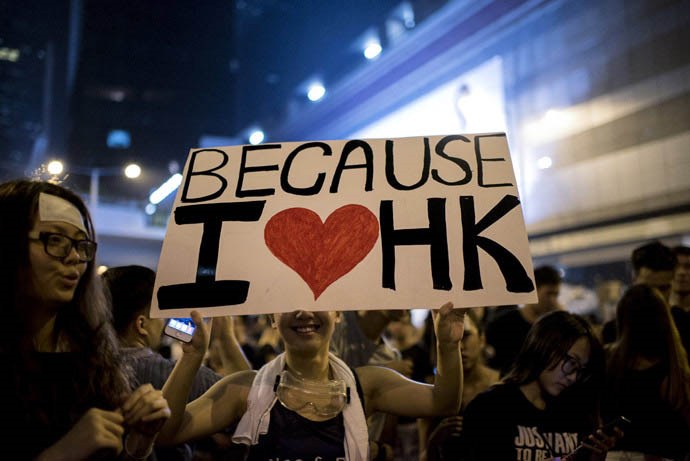 â€œLeung Chun-ying must step down. If he doesn’t resign by tomorrow we will step up our actions, such as by occupying several important government buildings,” Lester Shum, vice secretary of the Hong Kong Federation of Students, said at a news conference on Wednesday, according to AP.

He ruled out the possibility of holding talks with the Hong Kong leaders, because they â€œordered police to fire 87 rounds of tear gas at protestsâ€. 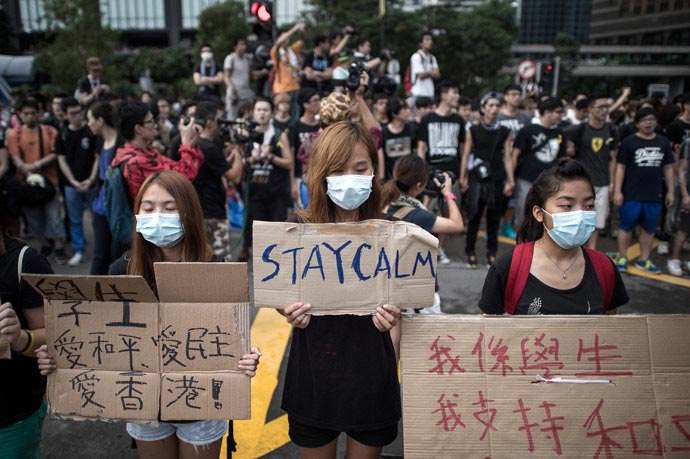 The student leader has been more positive about an opportunity to speak to officials from Beijing.

“However, we ask them to come to the square and speak to the masses,” Shum said. “This is a movement of Hong Kongers and not led by any specific group.”

Students started their sit-ins on September 22. Within a few days they were supported by leaders of the broader Occupy Central civil movement, turning the protest into one of the city’s largest rallies in decades.

The #OccupyCentral hashtag has eventually gone viral online with umbrellas, used by the rally participants to cover themselves from tear gas and pepper spray becoming symbols of the protest. 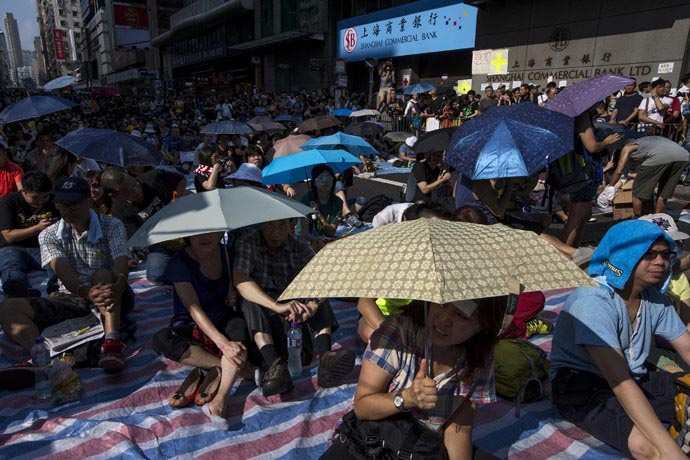 Support for the movement has grown international. A Facebook page â€˜United for Democracy: Global Solidarity with Hong Kongâ€™ has promised people in 64 cities around the world would show solidarity with the Hong Kong protesters on October 1.