According to Islam, Here's What it Says About Going on a Honeymoon 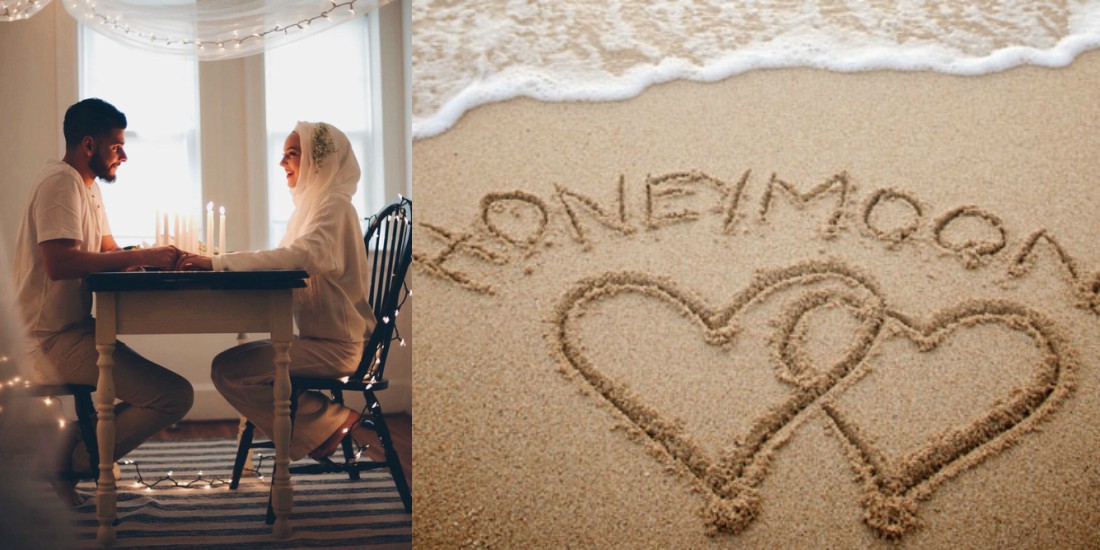 Once a couple has said “Qubool Hai” they start imagining each phase of their lives with their better halves, and the very first thing that strikes their minds is regarding the most hyped topic “the honeymoon”. To make the most out of the first trip together, the duo plans it with utter perfection, filling this time with love and affection for each other. It all might seem easy but there are many little things that makes us give it a second thought and to find out the answers for all those, quickly scroll down.

Over the years Honeymoon has gotten so much attention that it became a part of the marriage event. Looking at the number of people celebrating this spouse time, every couple now feels the need to celebrate it. But is it even allowed in Islam?

Mufti Waseem Khan stated that as per the definition of the word Honeymoon, it is the time that a husband and wife spent together after their marriage ceremony. As per Islamic sayings, there is nothing wrong with going to honeymoons. Considering the point that there is nothing haram involved in it, it’s been allowed. 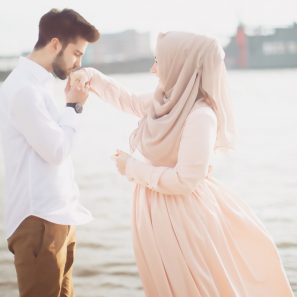 Although some scholars do have a different opinion on the subject. Looking at their points it seems indecent and invalid to claim it as an impressible thing.

On the other hand :

Shaykh Saalih al-Fawzaan said in al-Mukhallas al-Fiqhi (2/581) have stated that:

“Nowadays, many wealthy young people travel after marriage to foreign, kaafir countries to spend the honeymoon there, as they call it, but in fact it is a “poison moon”, because it is a haraam month which leads to many evils, such as taking off hijab, wearing the clothes of the kuffaar, watching the bad deeds and foolish customs of the kuffaar, and visiting places of leisure, until the woman comes back influenced by these bad ways and looking down on the ways of her Muslim society. This journey is extremely haraam and those who do it must be stopped from doing it. The guardian of the woman should also prevent her from taking this journey. End quote. Yes, if the couple travels someplace for a holiday, and there are no evils in the place they go to, or they take a journey that is approved of in Islam, such as traveling to do ‘umrah, for example, there is nothing wrong with that. “
And Allaah knows best.
مَّن ذَا الَّذِي يُقْرِضُ اللّهَ قَرْضًا حَسَنًا فَيُضَاعِفَهُ لَهُ أَضْعَافًا كَثِيرَةً وَاللّهُ يَقْبِضُ وَيَبْسُطُ وَإِلَيْهِ تُرْجَعُونَ

“Who is he that will loan to Allah a beautiful loan, which Allah will double unto his credit and multiply many times?
It is Allah that giveth (you) Want or plenty, and to Him shall be your return.”
Surah al-Baqarah
[2:245]

Would it be OK for the couple to travel to a non-Muslim country for their honeymoon period?

A member of an Islamic web forum said: “Travelling to Muslim country is fine as far as people over there are not roaming around semi-nude plus not involved in reprehensible customs and bad habits.” 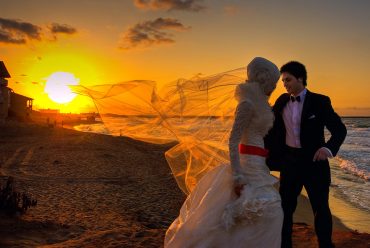 Keeping the said words in mind, it is better to consider Muslim countries because they might have been underestimated but they contain great beauty in themselves.

How much money should be spent on a honeymoon?

Is spending a hefty amount just on honeymoon the right thing to do?

If your spouse wants it to be luxurious, so could you say no to him/her or are you obliged to fulfill their honeymoon demands?

All of the wedding events are suppose to be a blissful event for the couple and their families. But it does not in any way mean that you should spend an insane amount on honeymoons. It is no doubt a once in a lifetime thing but Islam doesn’t allow spending so much just once.

Here’s What I Will Do If I Go On My Honeymoon Alone!

The general principle according to which a man should conduct his spending is the same general principle according to which he should conduct his life, which is the middle way and moderation. Allah, may He be exalted, says (interpretation of the meaning): “And those, who, when they spend, are neither extravagant nor niggardly, but hold a medium (way) between those (extremes)” [al-Furqaan 25:67]. 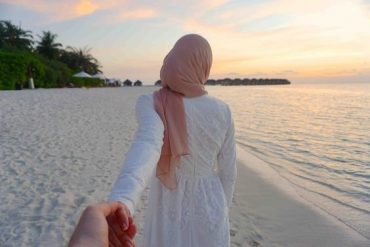 The middle way and moderation cannot be identified by specific amounts or specific limits, that if a person oversteps steps that mark he can be described as being extravagant and if he falls short of it then he is being a miser or niggardly; rather that varies according to the individual’s situation, whether he is rich or poor, whether it is a case of ordinary expenses or an emergency.

It also varies from one place to another, one time to another, and so on. The ruling on whether something is extravagance or not takes into account all of these things. Allah, may He be exalted, says (interpretation of the meaning): “Let the rich man spend according to his means, and the man whose resources are restricted, let him spend according to what Allâh has given him. Allâh puts no burden on any person beyond what He has given him” [al-Talaaq 65:7].

Lahorified – This Group of Pranksters are Changing the Whole Pranking Game!
Karachi Kings Thrash Lahore Qalandars Apart and Here Are the Best Reactions of our Awaam
To Top