There is an immense difference between Honda City cars in India and Pakistan despite the fact they are from the same company. The company Honda revealed in India upgraded 6th Generation City. However, here in Pakistan there has not much upgrading in the car.

The car is all set to come on roads in the next month in India. Honda City is also popular in Pakistan. Nevertheless, the has not upgraded much in Pakistan.

Besides, in comparison, Indian Honda City is quite ahead of the Pakistani City car. Pakwheels the famous car website compares both cars.

In comparison, Pakwheels write, “The Honda City Aspire costs PKR 2,719,000 in Pakistan, while on the other hand, Indian VX CVT City is priced at INR 1,312,000, which equals to 2,899,520 Pakistani rupees. In further comparison, the City model in India comes with airbags, cruise control, LED headlamps, LED headlamps and taillights, smart entry, rear AC vent, sequential shift, steering switches, and one-touch sunroof. Interestingly, the Pakistani variant has none of the above facilities. 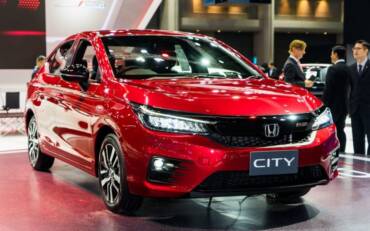 According to the company, it will launch its 6th generation in Pakistan in 2021, which we think is very late for local consumers. This approach by Honda has pushed local market years behind, comparing to global customers.”

According to reports, the present City car in Pakistan needs the most fundamental features, which are available in the cars in India. Furthermore, there is an absence of airbags, cruise control, LED headlights, LED taillights, remote entry, rear AC vents, one-touch sunroof in Pakistani models.

Moreover, the car in Pakistan does not have a Lane Watch camera, Alexa compatibility, and Tyre Pressure Monitoring System (TMPS) display.

In conclusion, the Honda in India will launch the city car on 15, July. However, in Pakistan, they may launch the car in 2021. Besides, there is an immense difference in features of both cars despite almost the same price. Moreover, this is not only the case with Honda but many other cars.

Karachi Girl Exposes Man On Camera Who Was Harassing Her In Middle Of Traffic
A Short Series That’ll Have You Intrigued: Talk With A COVID Killer
To Top