Power Couple Hira and Mani Gets Bashed for Expressing Love|Parhlo.com 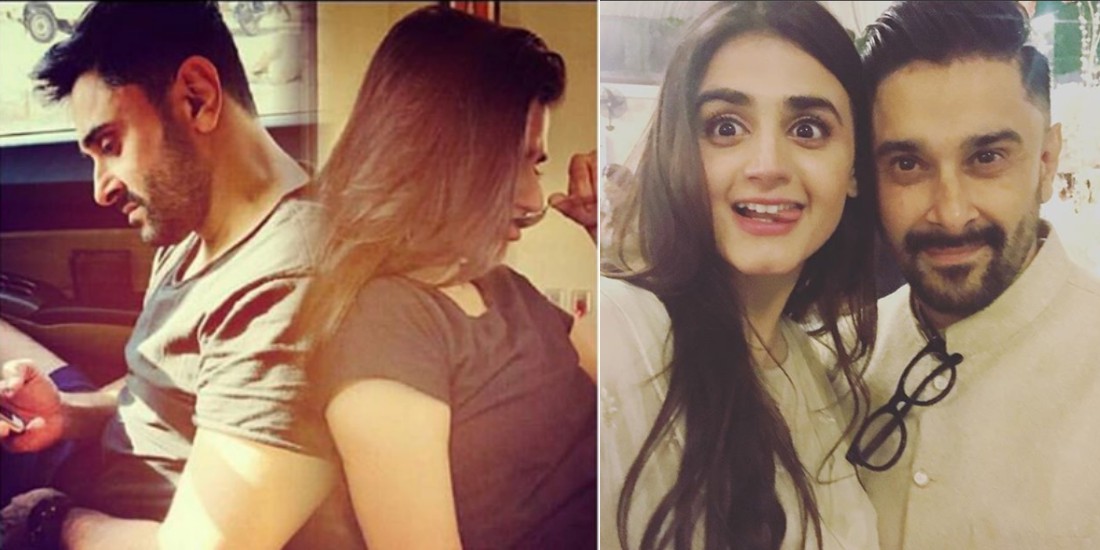 Hira and Mani are the most versatile actors that Pakistani TV audience knows. Mani aka Salman was a TV host and later came into acting. Mani’s most famous show “Azfar Mani show” became a hit and the duo got famous all over the Television. When Mani met Hira and got married, Hira appeared with Mani in many morning shows and interviews. Later, the tables turned. People loved listening to her and wanted to see more of her. That’s how Hira got this career and made her what she is now. It never was Hira herself or Mani who pushed her into showbiz but people’s love and affection who wanted to see more of her.

Hira started her career as a morning show host which later lead her to come in dramas on national television. Hira has done many projects in which she earned her name in acting. The most recent and everyone’s favourite is “Yaqeen ka safar” in which both Hira and Mani appeared and we can’t stop but love them in that serial. Recently, in an interview, Hira Mani was asked about her new singing project and that’s how she’s being pegged as “Mani ki Biwi”. Her reply had everyone go Awww…

She said in an interview:

“I believe it’s because audiences who do not accept me as me and hence, they’re okay by labelling me as ‘Mani’s wife’. I started interviewing people as great as Imran Khan to Humayun Saeed and Aamir Liaquat on live shows. My husband became what he became because of his originality. He wasn’t a burger kid, he wasn’t a fair-skinned hero – he was Mani. And he got ahead based on pure talent. I was never afraid going into showbiz because I always saw him being fearless; he inspires me.”

The couple who lifts each other’s spirits

A happy woman is a pretty woman

If you haven’t heard Hira singing, this what you need to see!

When Hira posted on her Instagram account about the interview, there were people who bashed her for her affection to her “Husband”; sometimes the internet is an uneasy place. They can’t handle a wife showing love to her husband. Hira not only showed love to Mani but she celebrates him like a blessing when she said he inspires her.

Sharaft lies behind on the keyboard jihadi’s side

But then there are those who appreciate and spread love all around. Not everyone’s a hater!

Ever seen such power couple? you must have but not like them! Show some love in the comments below and let us know what you think about the beautiful bond that they have.

Azfar And Mani Issue Public Apology After Woman Gets Offended With Their Opinion On Live Show!