This Hindu Pundit Beautifully Explains Why He Loves Islam But Hate Muslims Who Follow It!

Muslims are suffering from a crisis, considering they are far away from the teachings of Islam and what the last Prophet taught them. If you could do a survey at this very moment asking them some of the basic Islamic questions, they wouldn’t know the answer to it. The bigger problem at hand is believed to be not the ones that are not religiously educated, but in fact, the ones that are. Unfortunately, people that are enlightened with the knowledge barely act upon it.

Funny enough, a video has been circulating where a pundit seems to have a much more affinity with Islam and with the last Prophet Muhammad Peace Be Upon Him. Not only does he has ample knowledge about the beautiful religion, but he shows an understanding and deep respect, at least during the duration of the video.

A Hindu Pundit Recites A Surah, Translates It And Leaves A Beautiful Message!

“Mujhey Islam sey bauhut muhabbat hai per Musalman sey thori nafrat hai” – He then explains how Muslims are not following what their religion teaches them. Moreover, not only does he recites an entire surah of Quran that talks about arrogance, but actually gives a decent explanation. At that moment, as he is translating the ayats, if this video was only being heard and not watched, he could easily be mistaken as an Islamic scholar. 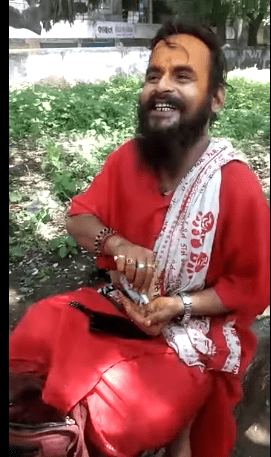 Also Read: Here Are 7 Quranic Verses That Prove Islam Is A Religion Of Love And Peace!

The reality is bitter and it does sting when an outsider reminds you of it. Anyone who truly understands Islam can observe the deteriorating condition of a modern-day Muslim and feel sorry for the Ummah. As the pundit says, that Muslims are doing the work of the Shaitaan. They have deviated from the right path.

Here’s What The Pundit Had To Say:

This video is a stark reminder for the Muslims that a Pundit can recite the Ayahs and understand the meaning Allah SWT is conveying to His servants, His worshippers but an average Muslim doesn’t. Not only does he not know the message of Allah, but he also doesn’t align his life on the teachings of the Prophet Muhammad SAW. Because if they did, they’d be the most respected, most prosperous and powerful religious majority on this planet earth. Alas! That is not the case.

Meet Manan Sahab – A Poor Old Waiter At Peshawar’s Charsi Tikka Who Made His 2 Sons Do MBBS!
E-Sharp’s Performance In Episode 5 Of Pepsi Battle Of The Bands Hailed As ‘Best Ever’, With A Huge Twist!
To Top