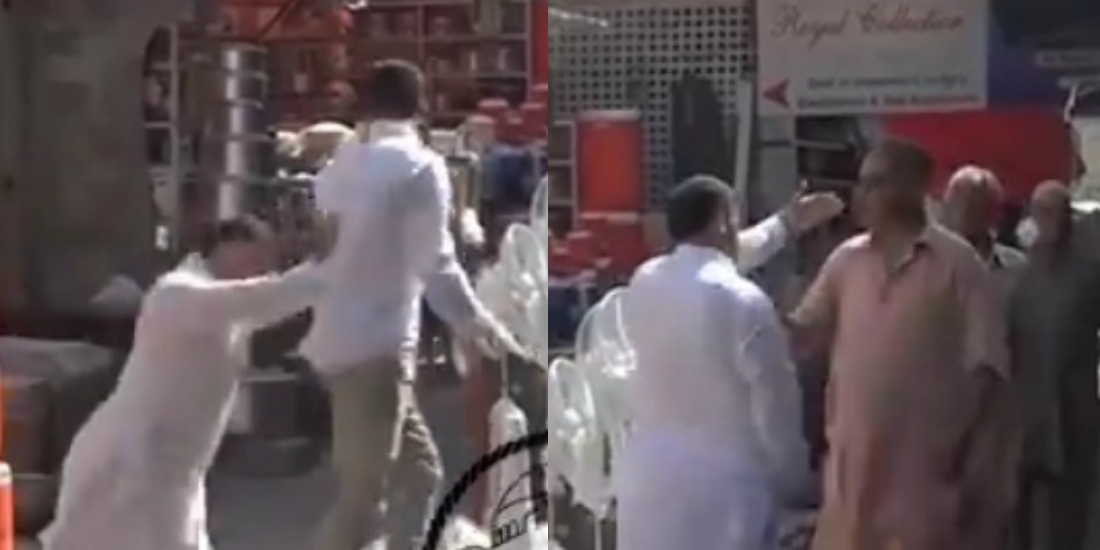 In Pakistan, the rights of minorities are most of the times, ignored in the practice of law in Pakistan. This time we’re talking about the Hindu minority that is living in Pakistan. The minorities are treated with hate and are shown disrespect in the worst way possible. The discrimination can certainly lead to unacceptance in our society. It is safe to say that things are finally changing! Lately, despite all the hate between the religious differences, some Pakistani Muslims are showing their efforts to bring an end to these differences.

Now, here’s what many people fail to understand is that just because they’re Hindu, it does NOT mean that they belong to India (it is actually funny). This has ALWAYS sparked a debate among many! However, that is a misconception. Ask yourself, how can a Hindu, born in Pakistan, be an Indian whose parents are Pakistani as well?

Thankfully, the video we’re talking about was just a social experiment to raise awareness.

Watch it till the end to see the real face of Pakistan.

It was indeed a great way to raise awareness and let others know the way, we all, as ‘Pakistanis’, should treat our minorities be it any religion. At the end of the day, we’re humans and are citizens of the same country. Let’s treat them with respect, give them their space and let them breathe once and for all.

The efforts shown by some Pakistanis who are determined to change these religious difference is truly inspiring and we should practice it more often. Let’s stay united and make this country free of these discrimination acts.

This Girl Learned 25 Lessons in her 25 Years of Life and It is Indeed Inspiring!
Here Are The Celebrities Pakistanis Googled the Most in 2017
To Top