In these uncertain times, when the world’s changing demographics display a state of worry, some people make it a place worth living in. Taking the humanity stance further, recently, a Hindu man from India became an inspiration for many worldwide. Currently, India is engulfed in extremist mobs and violent riots against the residing Muslim community resulting in several deaths and material losses.

Particularly, the conditions escalated in India after clashes erupted among several political extremist groups in New Delhi. Earlier, this week, video of a mosque being set on fire by a Hindu mob went viral, targeting the Muslim minority living in India. However, Premkant Baghel, a Hindu man is currently battling for life after rescuing his Muslim neighbours during the Delhi riots. 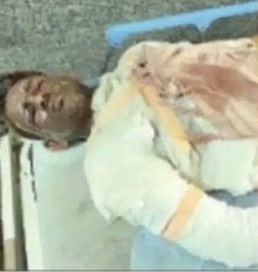 Turning out to be a messiah for his Muslim neighbours, Baghel has shown the world that humanity always stays above all differences. According to Indian media reports, Premkant Baghel, after seeing his neighbours house on fire rushed to help. Reportedly, Hindu extremists along with brutally lynching the residing Muslims are even throwing petrol bombs at their houses.

A group of angry stooges attacked Premkant Baghel’s Muslim neighbours’ house and set it on fire. Seeing his neighbours in misery, the brave hero ran towards the house to save the family of six without caring about his own life. Believing in peace and harmony regardless of religious backgrounds, Baghel rescued all members of the Muslim family including an elderly woman. 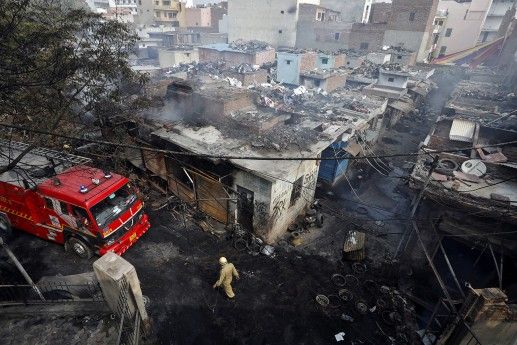 Unfortunately, while saving the old woman, Premkant Baghel incurred several severe injuries and burns over his body. Later, after saving six lives, he was left helpless outside as no one was taking him to the hospital. As per the received information, people present there did call the ambulance but it never reached the area.

With more than 65% serious burns, Premkant Baghel spent the whole night in his house with diminishing hopes of life. Thankfully, an ambulance arrived in the morning and took Baghel to the Guru Teg Bahadur (GTB) hospital in Delhi. Lying on the hospital bed, Baghel showed satisfaction that he could help his Mulsim neighbours at such times.

What do you think of the inspiring story? Tell us in the comments section below!

5-Year-Old Blind Boy Memorizes The Holy Quran Through Radio!
Sleeping Next To Someone Who Snores IS Bad For Health, Say Scientists
To Top