The severe political changes and the deteriorating atmosphere between Pakistan and India are giving a call to the world powers to intervene but the situation seems to escalate more. Long lost freedom of the people of Jammu and Kashmir (J&K) and the current illegal take over of Indian forces on the valley has turned down the chances of betterment between Pakistan and India. Among the ongoing turmoil, Pakistan’s Prime Minister Imran Khan once again stated facts and brutally thrashed India on the consequential aspects regarding the Kashmir dispute.

PM Imran Khan addressing the UNGA over the escalated tensions in the Kashmir valley!

Leaping over to the United Nations General Assembly (UNGA)’s 74th session that took place in New York, Prime Minister Imran Khan lead the Pakistani delegation and merely debated on the severe conditions Indian Occupied Kashmir (IOK) is cuffed in. Taking the Kashmiri narrative to the UNGA summit, Khan threw factual criticism on the Modi government for its illegal abrogation of Article 370 and implementing a curfew leading to complete lockdown which has now entered its 51st day. 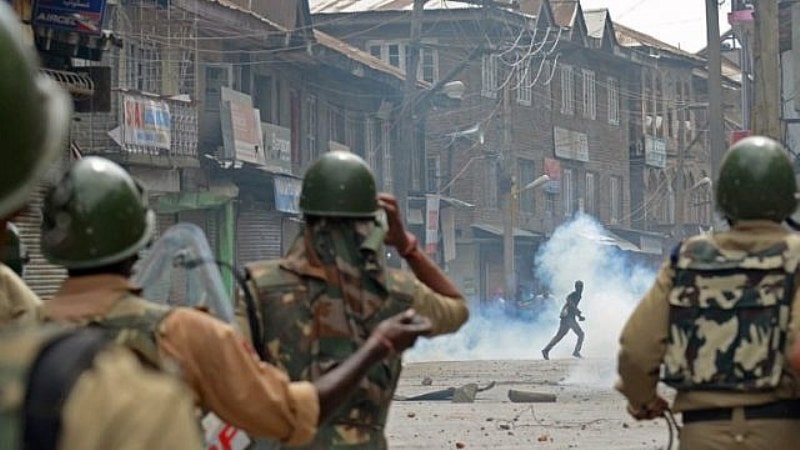 Also read: Kashmiris Expose The ‘Normalcy’ & Brutality By Indians And The Details Are Extremely Disturbing!

In his address at the UNGA conference, PM Imran Khan shared the discussion he had with the US President Donald Trump in a meeting happened before the event. Khan stated that Trump had talks with the Iranian President Hassan Rouhani regarding the deteriorating conditions and after the meeting ended, PM Imran Khan immediately spoke with the Iranian President affirming that we are trying and mediating but nothing more can be expected at this time.

Highlighting the important notions presented by PM Imran Khan in the UNGA conference, here is how the Premier is putting Kashmir in front of everything else!

“I’ve met Kashmiris in New York who have complained that they can’t get in touch with their families. They don’t know what’s going on. We know of mass arrests. We know that the entire leadership of Kashmir, even those leaders who were pro-India, who wanted to be part of India, even those Kashmiri leaders are now in jails somewhere in India. Basically, my whole point of coming here was to highlight this. This is unprecedented. 8 million people (Kashmiris) in an open jail is unprecedented in this day and age.”

“This nonsense that this (Kashmir) is a part of India so, the world should stay out. Just to remind the world that there are 11 United Nations (UN) security council resolutions that recognize Kashmir as a disputed territory which gave the right to people of Kashmir, the right to self-determination through a plebiscite to decide their destiny. For 70 years, this plebiscite never took place.”

“Unilaterally, this Bharatiya Janata Party (BJP) government has annexed Kashmir. They have revoked the constitution of Article 370 and so, what we fear now is what’s going to happen next? What we fear and which is the stated aim of the BJP government is that they will change the demography of Kashmir. To change the demography of an occupied piece of land is against the fourth Geneve convention, it’s considered a war crime.” 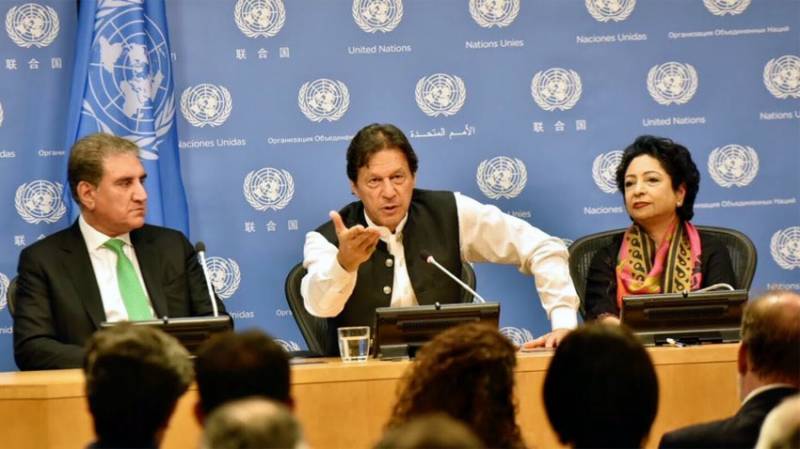 4. Lifting The Curfew & Pakistan To Blame:

“The biggest worry is what happens once the curfew is lifted? We fear that with 9,00,000 soldiers there, there would be a massacre and that’s also what we are trying to tell the world community that they must act on it. My other fear is that India for whatever is happening in Kashmir would blame on Pakistan.”

The UN also carries the responsibility of the Indian brutality going on in IOK!

The Premier ended his speech by urging the United Nations (UN) and the world powers to step up and provide help to the locked up Kashmiris. Recalling the self-determination rights given to the people of currently Indian Occupied Kashmir (IOK) by the United Nations (UN) security council resolution, PM Imran Khan said that in the ongoing turmoil in Kashmir, the UN also carries the responsibility. 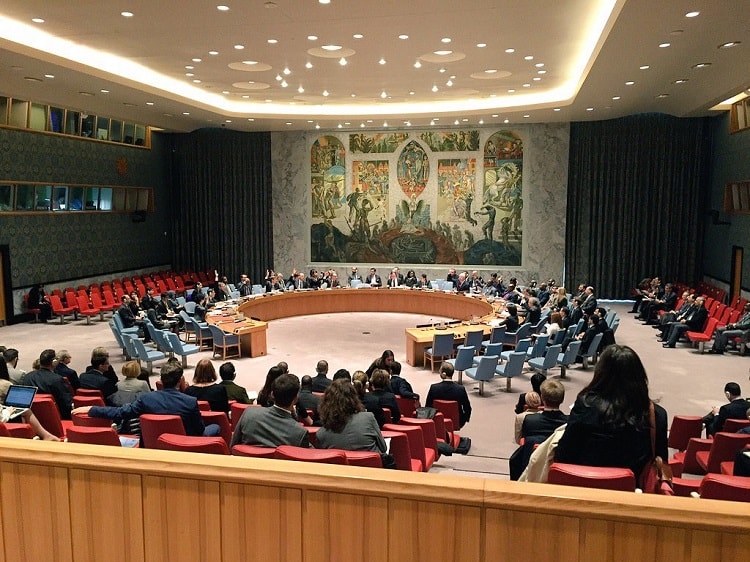 Before indulging in the question/answer session with the audience, Khan emphasized on the curfew imposed by India in IOK 51 days back and said that no one knows what consequences will take birth after the curfew is lifted but with a large number of Indian troops there, it can turn towards a massive massacre. Earlier this year, PM Imran Khan urged the world to stand against violent Modi for the ethnic cleansing in India. Well, since the start, Pakistan is standing firm with the Kashmiri brethren and will fight for Kashmiri rights till the end.

What do you think of Imran Khan’s speech? Let us know in the comments below!

6 Most Dangerous Places To Travel In 2019!
Court Orders Malik Riaz Arrest Warrant To Be Reissued
To Top