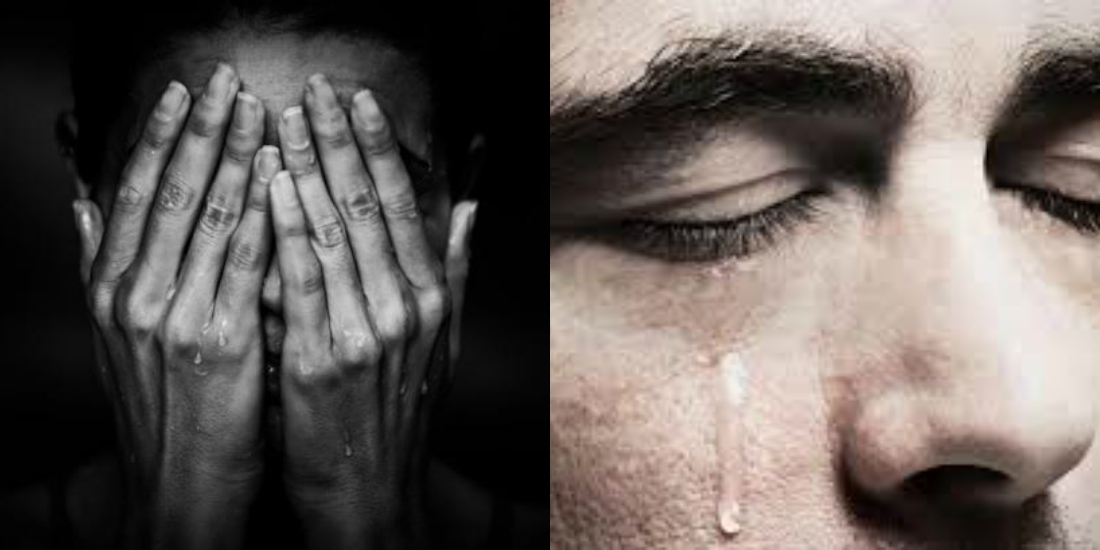 Crying isn’t weak. Crying is strong. Crying is beautiful. Crying is brave. I don’t know why we’re taught not to cry or why we’re told that crying depicts weakness. Crying does not mean that one is weak. Do people even realize what it takes for someone to cry? Preaching that crying in front of people makes you look weak is very wrong.

People don’t understand what crying really is. Crying doesn’t mean complaining or whining about something. One does not cry until he’s have enough of something. Crying is letting out pain & agony; what one has been holding inside for long enough to drive him to misery. One cries when he’s had enough of the sh*t, when he reaches his breaking point, when he wants to let it all out which might possibly be holding him back. When a person cries its not only the tears that leave the eyes, its the pain, the sorrow & the heartaches that he lets go of. Crying makes a person feel free & it sickens me when I hear someone say that crying is for the weak.

Do you realize when you say that, you actually shove that person into chaos? Into darkness? Into a state so disruptuve that the might person might never be able to see & express clearly? To place where they’ll keep thinking there’s something wrong with them if they cry? You rob the person of his right to be free. You, who says that is weak. You’re weak, you’re heartless & you’re coward if you say something like that to someone who cries. When you say that someone cries over silly things, utter the sickest sentence ever. When someone cries over something that isn’t silly just because that if that something doesn’t effect you as much as it effect someone else doesn’t make them weak & you strong.

Also, I’ve heard so many people say “happiest girls are the prettiest”.  Yes, everyone wants to be happy but being happy or sad doesn’t make someone beautiful or hideous. You by saying that make an impression that the ones who’re sad are not pretty, though unitentionally. I’ve never seen anything more beautiful than a person who is crying. I’ve never seen anything stronger than a person crying loud enough for the whole world to hear, so many emotions radiating from him with such a force that it overwhelms one completely. It causes one to get lost in the misery of the person crying, it captivates a person witnessing the crying so much that they begin to feel one’s pain. Now, what’s stronger than that?

Their is no need of crying into your pillow, in bathrooms, in rain, in your dark lonely room; its okay to cry in public, its okay to let out your emotions wherever & whenever you want to for that isn’t stupid or weak, its strong & beautiful. Don’t make people around you feel like they cannot cry, tell them its okay if they want to cry for crying isnt easy. Be the one who wipes the tears not the one who forbids crying. Crying never means seeking attention or sympathy therefore avoid making it seem shallow. Crying is breaking out of chains & taking a flight towards freedom.

Read Also: 5 Things That Will Make Almost Any Guy Cry