Here's What You Should And Should Not Order At Tuscany Courtyard

Located in the heart of Lahore, Tuscany Courtyard has been the talk of the town ever since its inauguration in the city. Coming from the capital of Pakistan, Tuscany Courtyard is a favorite to many Islamabadis, given the quality food and ambiance they offer.

Contrary to what many were expecting, the level of the restaurant’s branch in Lahore was below par as foodies were not impressed by offerings made by the extension. After hearing a number of people trivialize the eat out, Parhlo decided to give it a try as well.

The restaurant is located on one of the busiest roads in Lahore, the M.M.Alaam Road. With a number of restaurants and cafes parallel or adjacent, the competition for every brand is maximized, especially if it is a new entry. 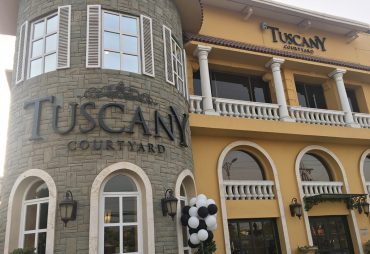 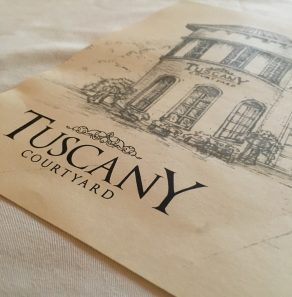 The restaurant is well-lighted and the sitting arrangement is pretty decent as well. However, one thing which didn’t impress me much was how the sheets spread on the serving tables were untidy and full of wrinkles. When you are dining in a restaurant as famed as Tuscany Courtyard, you expect everything to be top-notch. On food, yes, there might be some dishes which are not suitable for our taste buds, but the ambiance? There mustn’t be any compromise.

The service was decently-timed when it came to taking orders and delivering food to the plate. The waiters were prompt and on their toes to entertain the customers. We were first served with complimentary Salsa Bread and Tomato Sauce until the time we decided what to order. 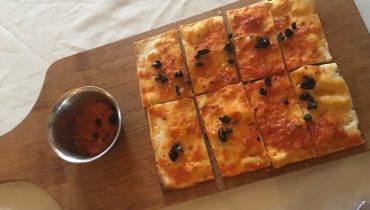 Topped with black olives, the sauce was complimenting the bread perfectly. However, as one can notice from this picture as well that the sheets were untidy and filled with wrinkles. Additionally, there was oil spilled on the tray when served. Not that it affected the quality of the food, but as far as presentation is concerned, there was no importance given to it by the chefs. 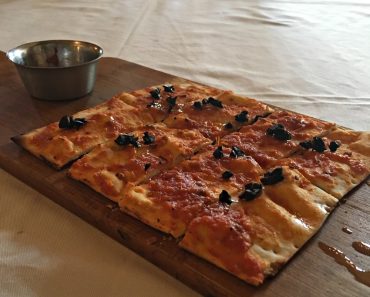 From a wide-range of appetizers offered on the menu, from seafood to salads and to chicken strips and fries, the entire menu offered a variety of items with people who like to feast upon different food types. On the recommendation of the owner of Tuscany Courtyard, we ordered Chili Garlic Prawns. 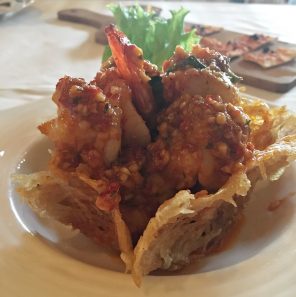 Made in a mixture of herbs, lemongrass, and spices, the prawns were nicely cooked and were light in terms of oil as well. The lemongrass added a sour touch to the prawns, while the touch of garlic perfectly blended within the taste. Cooked in red chili sauce, the prawns were served in a cage of crispy egg noodles which itself was extremely scrumptious.

From the wide range of burgers, pizzas and chicken meals, we ordered Polo Tuscan and Lemon Chicken. 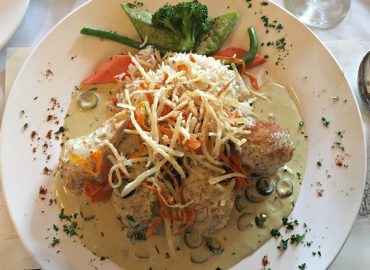 Starting off with Polo Tuscan, the chicken breast pieces were coated with spinach and cheese. Served on a bed of white sauce, the chicken was filled with herbs and was perfect in terms of the level of spices added to it. However, the dish was served alongside rice which made the taste of the dish bland. 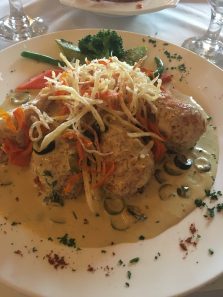 Additionally, sauteed vegetables, crispy potato strips, and boiled carrot strips were also served on the dish. With the issue being only the rice, this creamy and extremely cheesy dish was not only scrumptious but also very filling.

Moving on, the Lemon Chicken was not what I had imagined. 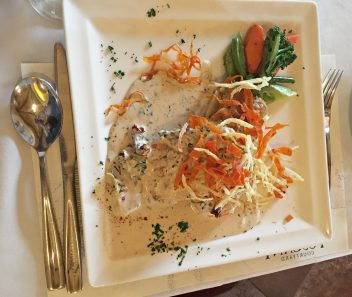 In contrast to a number of Lemon Chickens I have had, the one offered at Tuscany Courtyard was amazing. Served on the coating of puff pastry (which itself was something), the taste of the lemon’s sourness and the herbs was very palatable. Serving it with puff pastry rather than rice was a very smart move by the chef. 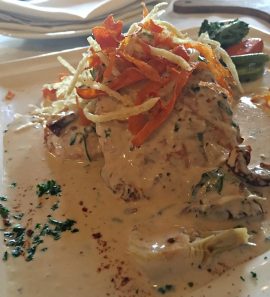 The white sauce alongside boiled vegetables made the dish flavorsome. 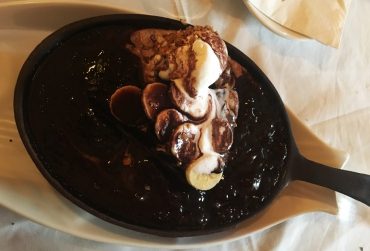 Having heard a lot about it, we ordered the famous Brownie Skillet. As high as my expectations were, the taste of this chocolaty dish fulfilled all my desires in terms of its taste. Served with caramelized vanilla ice-cream and bananas, the skillet was oozing chocolate and the brownie was perfect in taste! 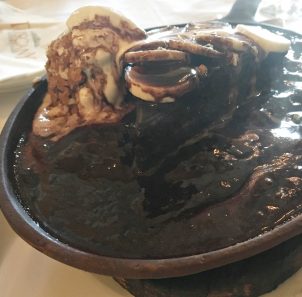 While the pricing may seem a little heavy for your wallet, the quality food and ambiance may make it worthwhile. However, I must add here that many may not find Tuscany Courtyard extraordinary, keeping the hype which was created among Lahori foodies.

Career Selection – The Pressures One Faces As Young As At The Age Of 14
Meet Lubaba Abbas, The Queen Of Flowers From Lahore You Probably Haven’t Heard Of!
To Top