Here's What Most Pakistanis Think Of Afridi's Comments In India - Parhlo 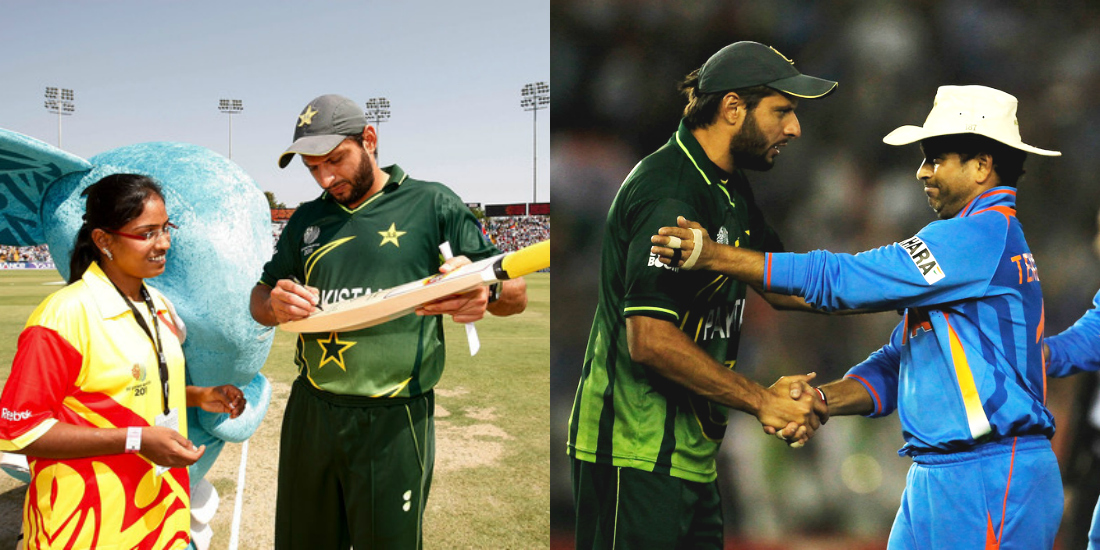 Pakistan cricket, already in a turmoil, faces another challenging situation during the World Cup T-20! The captain of the T20 side, representing Pakistan in the World Cup, Shahid Afridi has sparked outrage among Pakistanis after his comments about “how much India loves him.” However, contrary to popular belief, there’s a huge portion of Pakistanis that think Afridi said nothing wrong and should not face the kind of hate that is being flung at him .

1. A lot of Pakistanis on Twitter think Afridi should not apologize for what he said – he just said what he felt, like most straightforward people do

Afridi has said nothing wrong. He should not apologize.

2. Some thought that the reaction showed on Afridi’s comments is absolutely appalling by the general Pakistani public – people need to show maturity

Reaction on Afridi's overwhelming comments in India is utter nonsense, disgusting and shameful, come on guys show some maturity..grow up

3. Others think that Afridi is going to shut his haters up in the T20 WC and actually finally retire, that too on a high!

I have a feeling Afridi will come back very strong and retire with dignity after this WC.

4. One in particular thought that people who have not achieved anything in their life are in no position to question Afridi’s cricket or his dignity

5. Well, this one in particular pretty much summed up the whole row of Afridi’s comments and the reactions

Afridi's statement was not anti-pakistan but his batting surely is

6. Oh my God! Sports anchor Sawera Pasha literally just murdered every Afridi hater out there. And yes, this is extremely true!

On Afridi's love 4 India: Are we really in position to Judge Afridi's love for his Motherland when we r playing Bollywood songs on packages?

7. Much like what the Indians said – imagine if Afridi had actually said this in the press conference, we’d probably enter his name in the Exit Control List, that too, the other way round and not let him enter Pakistan

Afridi is getting a legal notice for what he said?
Oh ffs if he hadn't said that they'd actually dig the pitch and bury them all

8. Yes, Pakistanis need someone to take their frustrations out on but calling Afridi a ghadar is going a little bit too far. I mean the guy has spent his entire life training hard and working for Pakistan, he is the face of cricket in Pakistan and he is also an active social worker.

Yes i know you all hate Afridi but questioning his loyalty to his country is outrageously stupid and nonsense. . You ppl are disgusting!

9. Well, from the looks of the warm-up game… we’d have to say, sorry, maybe next time 🙂

What Shahid Afridi said in India has been made into a bigger issue than it is. The more pressing issue is will he perform or not ?

10. Columnist Mehr Tara put it best, according to us. Afridi needs to control his emotions and Pakistanis need to control on their motions, not shit on every social media forum about how much they hate Afridi

Shahid Afridi needs to learn how to express his emotions in a language that doesn't shock people. Nonetheless, no legal notice is justified

So.. which side are you exactly on? Do you hate Afridi from the bottom of your heart or do you think he has the right to practice freedom of speech OR OR OR his words were actually twisted by the mainstream media?

Also see: Sher Ali Afridi, The Inspirational Pakistani Cricketer With Only One Leg