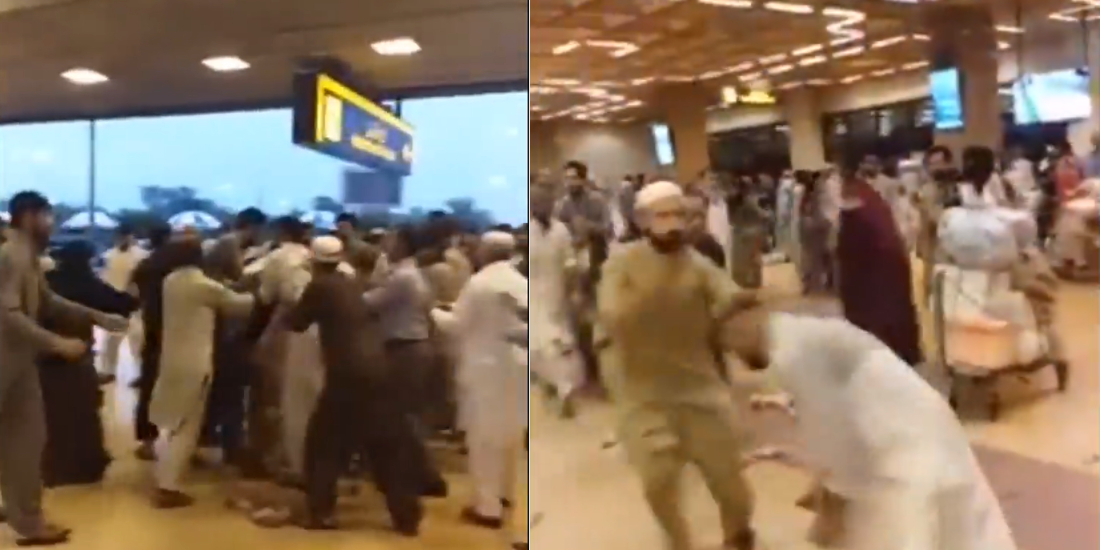 Many times the internet has witnessed the weird ways of people behaving in public. Like in other countries there are serious and strict rules on certain kind of actions. In Singapore, it is prohibited to even spit in public, so imagine the kind of concentrated and centralised behaviour general public would be holding towards actions in public. It’s not that in Pakistan the behaviour is not monitored but people have become so immune to any rules and regulations since, breaking them and getting away with it is much much easier than anything else.

The law enforcement lacks consistency in Pakistan and there’s no doubt about it. Clearly, the government is to blame for that. Since the public behaviour of people shows the collective mindset of a nation. By that, it means all sort of behaviours; crimes, vandalisation! Recently, this incident was witnessed by people at the airport where two families who have just landed after umrah started fighting.

These two families started fighting amidst all the crowd and people present at the airport. They didn’t really care if anyone is harmed by their act or not. There were kids present at the airport and many elders as well. But oh! well, Does that even matter? Talking about public behaviour, here’s how a big majority lack ethics and decency.

Be it any cause they were fighting upon, there’s always some space for other people who are not involved in the fight. What could we say about that! Just hoping that no one was severely harmed in the fight.