Everything No One Told You About Kosem Sultan|Parhlo.com 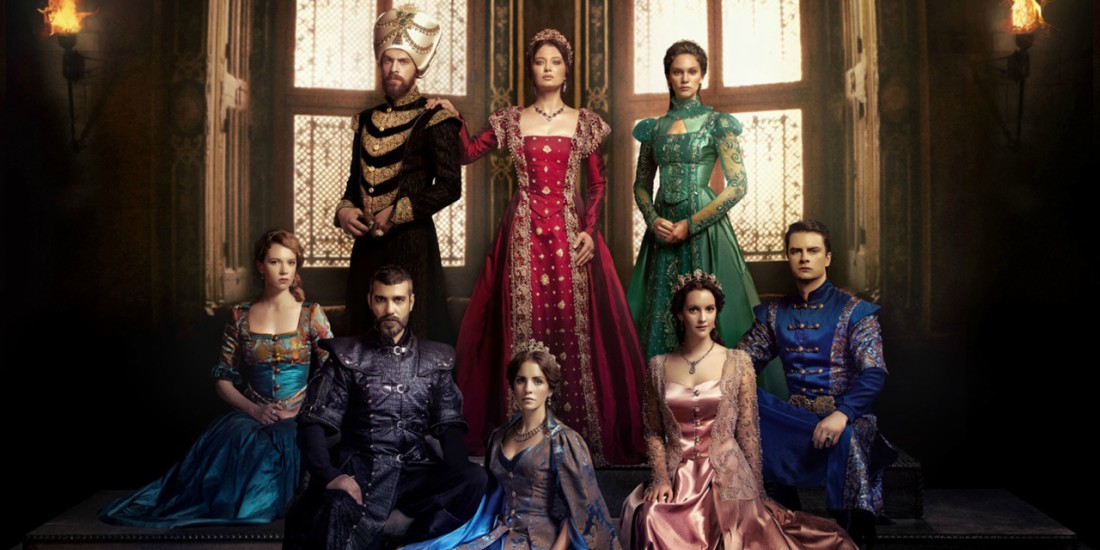 The last episode of Kösem Sultan was aired on 9th April 2018, Monday at 10:30 pm, on a local television channel, Urdu 1. The more I watched the show (that was a biopic of her life), the more I admired her. The show focused on many themes such as love, hate, jealousy, how the element of “Pride” can drown one, how “Power Struggle” became the reason of the death of many, and how people lose their innocence and other themes too.

It was a journey where we saw how a Prince fell in love with a girl and to get her, how she has snatched away from her parents’ hands and taken to a Palace to one day becoming the Most Powerful Woman in History. It showed us that the fairy tales that we’ve read are in reality, so fake. We learn that Princes and Princesses are not always leading the life they want. In fact, they have no choice but to live that way or they may face worse circumstances.

Most importantly, it showed how high the status of Women in Islam is. How women, if permitted and if they use their mind in the correct direction, can rule the world. One of the lessons was that even if you’re A Queen or A King, Life is difficult and painful for all. And also that no matter who you are, no matter what not you own in the world, our destiny is our grave and it’s about what is in the hearts, which truly matters!

Who was Kösem Sultan? 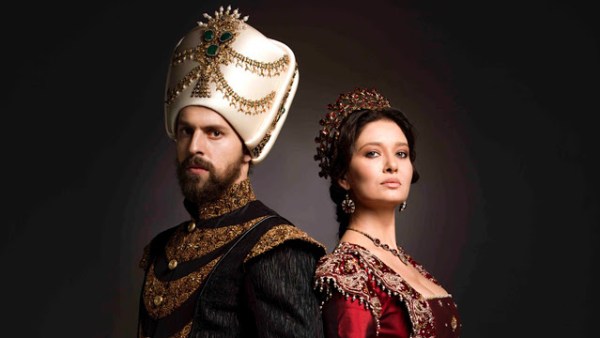 Kösem Sultan, the Princess achieved power and influenced the politics of the Ottoman Empire when she became Haseki Sultan as favorite consort and later legal wife of Ottoman Sultan Ahmed I (reign: 1603–1617) and Valide Sultan; as mother of Murad IV (reign: 1623–1640) and Ibrahim (reign: 1640–1648), and grandmother of Mehmed IV (reign: 1648–1687). She was one of the prominent figures in the Sultanate of Women.

What Inspired Me? Kosem’s Love For Humanity

Kosem’s Transformation From Anastasia To The Powerful Queen!

We saw how she was a girl whose innocence had no equivalent and how it paved her way to becoming a Powerful Queen. We saw all stages of her life. We saw how Kösem (in her youth as Anastasia), thought that life was simple, though that queens and kings lived a life with luxuries. But as she grew older, she learned how to see beyond the apparent truth. She saw how people’s masks fell and how the Powerful Queen Safiye Sultan, who inspired her, turned out to be a tyrant. 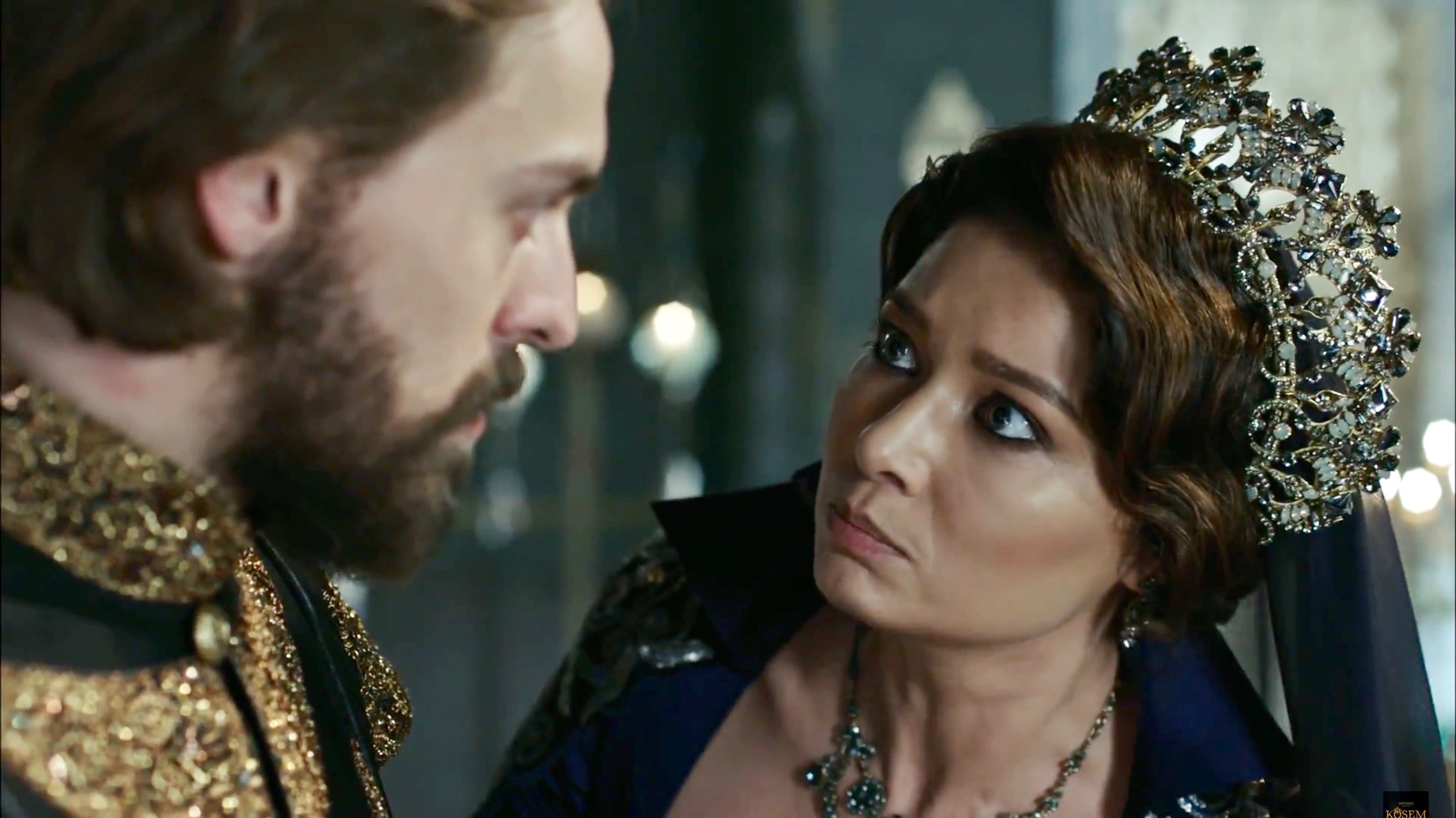 Then when one night, there was trouble in the palace, she saw her favorite Safiye Sultan transform into a selfish lady, leaving the palace in shatters only for the sake of her survival. Seeing the true faces of the people living in the palace, the transformation of Anastasia (Kösem’s birth name) to Kösem took place. Kösem witnessed the realities of life in the majestic Topkapi Palace and said:

“I am Anastasia, I saw and found in this old palace, the most painful grief inside the world’s greatest wealth, the darkness inside the sparkling of the most perfect and dazzling gems, the devil’s behind the most beautiful faces, and inside the world’s most powerful ruler, a pure and mighty heart – deep and clear as the waters” 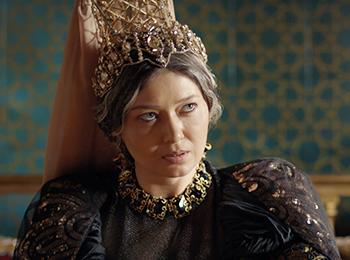 The above quote from the series, also teaches us, the reality of life. She went through all the seasons, through all times and miseries that fate put her through. She went through it with patience. Her husband died at a young age, and she was left all by herself to take care of the Ottoman Kingdom. She took responsibility of it and faced challenges, yet didn’t give up and let life throw all throes at her, because the fire in her, didn’t allow her to give in to her enemies. The Second Season showed the challenges that she encountered during the reign of her son Murad IV. Murad was a very strong sultan. He did not want to share his power with his mother, as he was ridiculed by people to be a child following the path of his mother and not strong enough to rule on his own which is why he removed Kösem from the post of Naib-i-Sultanate. Murad grew to be a very powerful Sultan and his name is written in history as the Conqueror of Baghdad, which proved his power.

We saw how Kösem had turned slightly weak enough to give in to the pressures of the people of the kingdom to give her consent in the execution of her last son, Sultan Ibrahim who was exploited and eventually removed because he was mentally weak.

The Last Words Of Kosem Sultan Described “What Life Is?” In A Nutshell…

After all the miseries she faced, we saw a numb and cold-hearted Kösem at the end where she was ready to kill and overthrow the kingdom of her grandson, to have a conformity of her life. And then finally, when she is brought before her rival (Turhan Sultan) and executed by her rival’s people, we saw her thinking to herself. She did not accept her defeat, but in fact accepted the fact that how the power she possessed made her numb, made her forget that she too is mortal and will one day have to give in to death and leave the world, in which she thought she’d stay forever.

She thinks to herself:

“Innocence…Innocence …but it was the first thing to be taken from my hands when I got power. How painful it is to remember…oh the grief! They say “the way they died, is the way they are remembered”… Is that really true?  A woman fits into many attributes in life, and she is someone else in every moment. She becomes a child, a woman, a mother and, if she is a beloved, intelligent servant of God, then she can even become a Sultana. 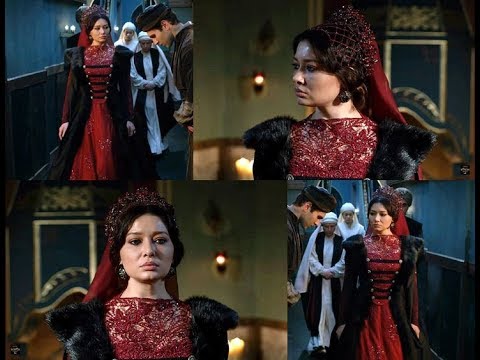 I saw and lived through all of those, thank God. I tasted them all. But what capacity shall I be remembered as? What attribute shall describe me? What will they say about me centuries later? An innocent girl who fell in love with Sultan Ahmet, and who was torn away from her name? A powerful, charitable Valide Sultana who gave the imperial house of Osman four princes, kept the tent of the state standing, and kept the bellies of twenty thousand people full in her foundation? Or…a cruel woman, who for the sake of the sultanate went crazy for her own ambition and didn’t even spare her own children?”

All in all, this show, taught me, that in life, enemies can become friends, friends can turn out to be enemies. And those who you’d do sacrifice anything for could also backstab you. It taught me, how the simplicity of a person’s character can be manipulated. How innocence can win any war in life. How people place stones in your path, but you have to be smart and wise enough, not to stumble upon them, but use them constructively.

I also learned that how people, could exploit your weaknesses, and try to push you to the ground. How people, pretend to take the road leading you to your dream but end up betraying you and eventually, clip your wings. How people, could go against you, and you could still win. If your intentions would be clear, God would write victory for you, in your fate.

Actresses Nurgül Yeşilçay, Beren Saat, and Anastasia Tsilimpiou played the titular role in three different ages of her life and all three did an absolutely flawless job! Hats off to Tims Productions for such a great and meaningful TV Show!

Feroze Khan Tweeted Something Really Spooky And Left Everyone Confused
Amazing Reasons Why Couples Who Pray Together Stay Together!
To Top