Before the news was even confirmed, the victory of Donald Trump was everywhere. Being a student who lives in hostel means that you barely get to watch television as you are always indulged in social activities. Therefore, social media is my only source of a confirmed news. So I found out from my friends and bloggers on social media about the grave situation, that Trump had won the US Presidential Elections.

While I was thrilled and surprised to see the news myself, all I could think was of the date: 9th November. Do you guys remember the importance of this day?

Allama Iqbal, the man who once dreamt of a proud and free nation for Muslims, would have never even thought that his people would go crazy over elections happening abroad. Such is the case that instead of celebrating the birth of our national poet, every news channel is broadcasting live celebrations of Donald trump. Why should we not care?

It is high time Pakistanis stopped worrying abt elections abroad & focused on putting our own house in order.

This man here speaks volumes about the present situation of every Twitter-crazy person, not to forget Facebook as well. Just a couple of weeks ago, we were worried about the state of our country, Pakistan, because our Prime Minister’s family got mentioned in Panama Papers. Tweeting stuff, trying to raise awareness among our followers that how people are looting us. Now, all of that doesn’t matter because it’s the U.S Elections and we all love to be Americans. So where did Pakistanis go?

People are arguing on social media nonstop how Trump is the real deal or how Hilary would have made America great. They say that elections affect us because we are Muslims and Trump is against Islam and Pakistan. Do you know who else is against Pakistan? Your former president.

The very same person who emptied your state bank, brought you down through billion dollars of loans and fled abroad with a large smirk on his face. Do you know who else hates Pakistan? I’ll let you make a proper guess. Answer: you.

Pakistanis judging Americans for possibly electing Trump as their president should remember they themselves elected Nawaz Sharif THRICE.

You, sitting in that chair of yours, tweeting nonstop about how Hilary would have been better for Pakistan and Muslims, are just not ready to look out your window to see your country’s state.

You sit at home, criticize every political party there is in Pakistan, and eventually when general elections come knock at your door you don’t open it because you think all candidates are corrupt. You don’t vote. 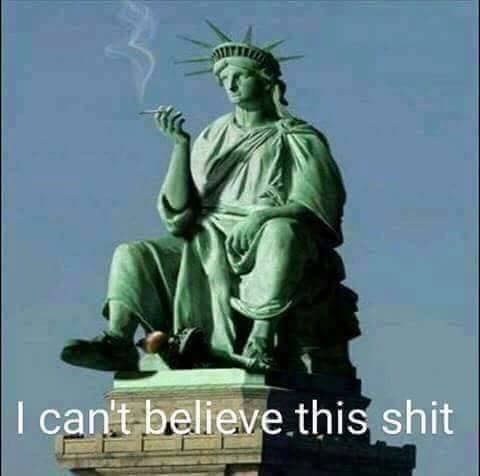 You elect the same political party three times and each time they nominate the same person as your leader and each time you all cry over how evil your government is. You hate them, and you want a revolution. Yet, it is that win of that misogynistic view-carrying alleged sexual abuser that you cannot move on from.

You should rather ponder on why Malik Riaz once stated: “Pakistan is that ill-fated country where you have to bribe departments even for a right cause.”

What happens in America is what we can barely change. The mentality that Pakistan needs U.S is damn right outrageous and people should be corrected. Pakistan only needs U.S because we ourselves have forsaken this homeland. Stand up for the right cause.

Open your eyes to the politics happening in your country. At least on Iqbal Day, fill yourself with patriotism.