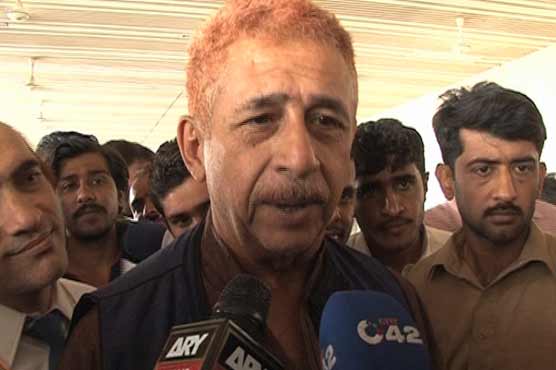 Not many times we find someone speaking sense from across the border. Many Indians have nothing but hate for Pakistan due to their media’s war hysteria and negative portrayal of Pakistan. Indian Actor Naseeruddin Shah has said that Indians are being brainwashed to believe that Pakistan is the enemy.

Shah was in Pakistan to promote his book “And then one day: A Memoir” and upon his return to India he said, “It is tragic that often-times performers from Pakistan are prevented from performing in this country.” Further adding that “But they [Pakistanis] welcome us in Pakistan with open arms.”

To stress on the love Indians get in Pakistan, he stated, “The tragedy of the political divide between the two countries is symbolical. It should go. That would never happen until we travel to Pakistan more often and interact with the local people.”

He further stated that Indians should ignore the political rhetoric as they change with time, “I keep going to Pakistan because I feel it is very important to have a person-to-person contact. We can’t afford to be swayed by all the political rhetoric,” adding that “Politicians will change colours whenever it suits them. Indians are being brainwashed into believing Pakistan to be the enemy country without being aware of the historical background.”

He concluded his remarks saying that he feels very special in Pakistan.

It is proven that almost every time that perceptions change when an Indian, or any other foreigner, visits Pakistan. Naseeruddin Shah was echoed by the voices of Indian Actors Om Puri and Swara Bhaskar after their Pakistan visits:

Lies of Indian government and media are normality. From blaming Pakistan for every small incident, even a cracker explosion to making Indians believes, somewhat successfully, that they conducted surgical strike in Pakistan. They show Pakistan as an enemy and give a subliminal message to Indians that every Pakistani is a terrorist.

Many times Indian media lies are exposed and they end up reverting, yet they continue. They are literally brainwashing the huge country and all that gives further strength to Anish Kumar’s claim that India is being ruled by the Hindu Taliban.

It’s high time Indians ask their government to solve issues and work on welfare instead of wasting trillions in weapons in a country where more than 50 crore people lack a toilet and crores more live below poverty line and do suicides.

The voice of Naseeruddin Shah is a rarity and more such voices are need of time to knock some sense into the people of our neighboring country so they come out of the war hysteria and demand their government to work for a long lasting peace.