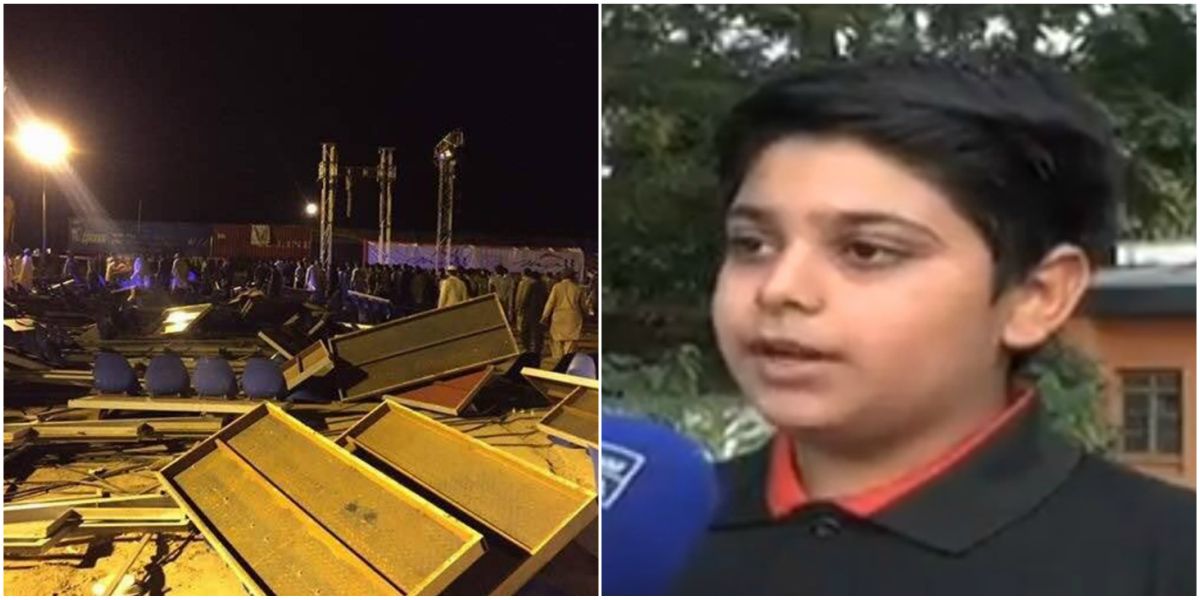 The horrifying accident that took place recently in Bahria Towns Enclave still seems surreal. The event that was supposed to be an idyllic family experience turned out to be such a heart wrenching one. With a number of casualties and fatal injuries, the happenings are still going unreported.

Now that people are speaking openly about it, many of them have shared their stories in interviews and through their own posts or blogs.

This kid is the son of a victim Samina, who lost her life during this horrific incident. In his interview given to Samaa News Channel, he recalled how his mother expired within two days after the injury. Also, he talked about how chaotic the whole scenario got after the stadium collapsed.

Another victim shared his deceased cousin’s story of how after his death, ARY offered them the amount of 5 lac to keep their lips sealed about the whole incident.

This shameful act of ARY’s team needs to be reprimanded. If costing people’s lives wasn’t enough, offering them money to keep their mouths shut is even more despicable.

Here is another man sharing his perspective of the accident and told the viewers of Samaa that not only the stage but the whole stadium fell apart right in front of his eyes.

In the same TV show, hosted by Nadeem Malik, a little kid Mohib, recounted his story of how the stadium collapsed, injuring his leg. He also mentioned that the whole stage was trembling before it fell apart immediately.

After listening to all these stories of the victims, we definitely get an idea of how everything shattered into pieces right in front of their eyes. An action plan is a must now to help out the victims who went through this traumatic and horrific experience.