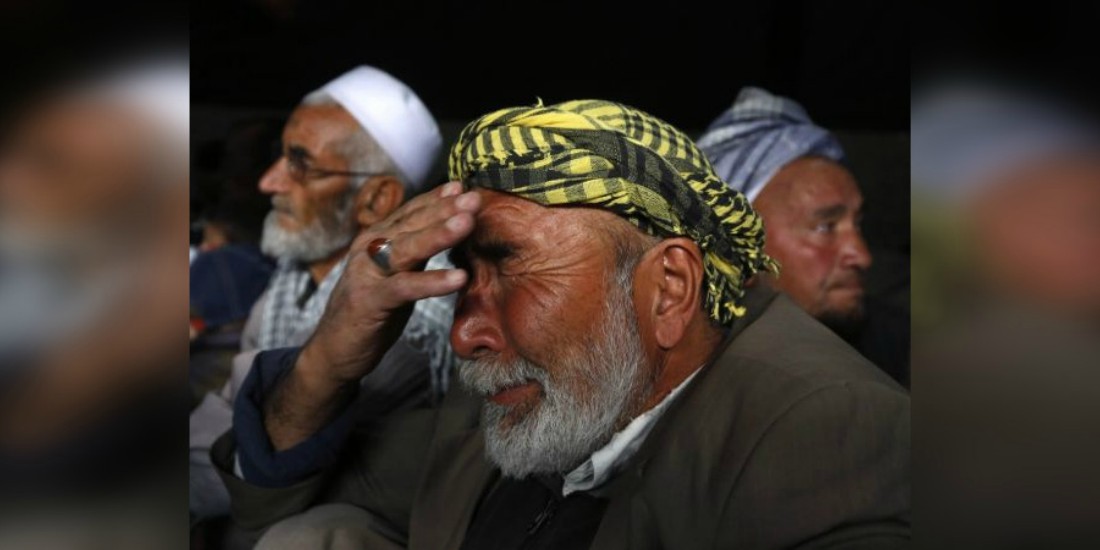 As we hear the moon sighting of Muharram ul Haram, the first thing comes in everyone’s mind about the starting of mourning days. The month when Islam loses the most pious and the most loving grandson of Rasool Allah (PBUH) along with his family and loyal companions with upheld of three days of without food and water, living in tents, in scorching heat at the land of Karbala.

Despite these discouraging factors Imam Hussain a.s along with his companions fought with falsehood to sustain Islamic rules without a second thought of their families. Muharram is the first month of the Hijri calendar and one of the most sacred month in Islam.

It’s been 14th centuries but sorrow is at the same place, when we hear the conundrums (Masa’aib) of Ahlebayt they seem like we hear them the first time, the tears burst out from eyes of everyone, because this battle was fought even by the 85 years old man (friend of Imam Hussain – Hazrat Habib ibn Mazahir or if He is of six month infant (son of Imam Hussain) – Hazrat Ali Asghar. The level of faith in Allah was immense, they were not fighting for taking over the government, the war was between the right and wrong. 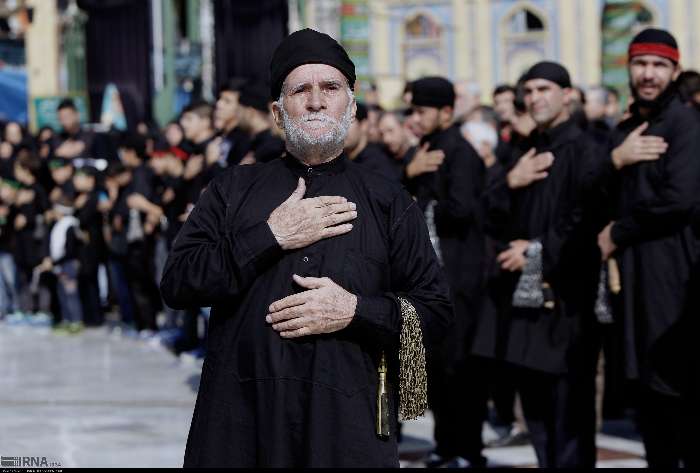 Now, there are many who have become so disconnected from the soul of religion and its moral interpretations that they have unremembered the lessons of Karbala and trivialize it. Nowadays, we hear and watch people wish one another “Happy Islamic New Year” on first Muharram as if it is Sunnah, we have to respect all sects and consider it as the month of mourning and restraint. However, we see people celebrating their marriages and even utilizing 9th and 10th Muharram holidays for enjoyment, conducting get-together, playing cricket, arranging picnics etc. It can be justified by different hadiths which are as follows. 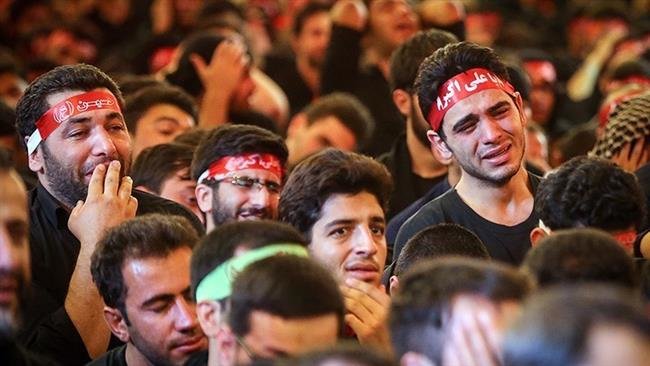 (2) It is said that Prophet Yaqoob (a.s.) wept so much for his son Yousuf (a.s.) that the pupils of his eyes became white

“And he turned away from them, and said: O my sorrow for Yousuf! And his eyes become white on account of the grief,” (Surah Yousuf verse 84)

(3) Allah states in the Quran that,

And when they hear what has been revealed to the messenger you will see their eyes overflowing with tears on account of the truth that they recognize; they say Our Lord! we believe, so write us down with the witnesses (of truth). (Surah Maidah verse 83)

(4) Another verse states that,

And they fall down on their faces weeping, and it adds to their humility. [Surah Isra verse 109]

Here Are Some Hadiths In An Account Of Mourning 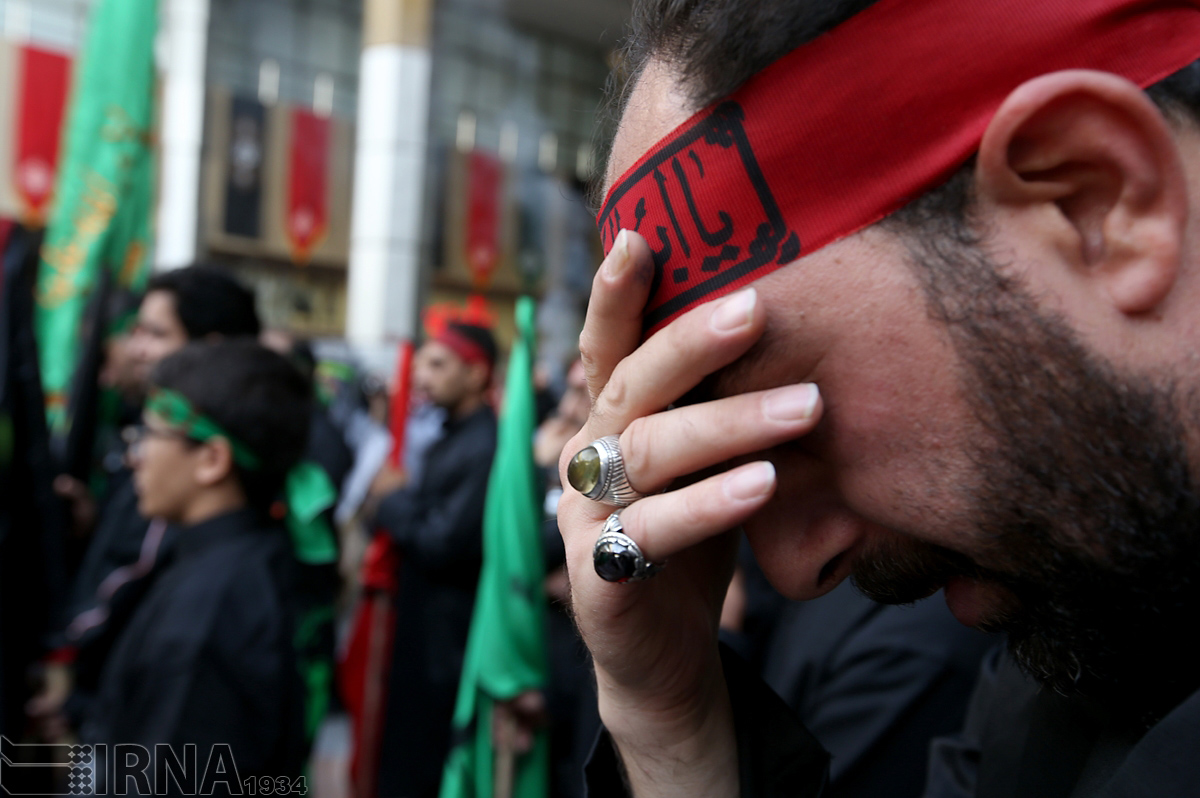 In Sahih Bukhari we find that:

The Prophet (PBUH) said, “Allah will not punish people because of the tears they shed (over the dead) but He will punish (them) because of this.” Pointing to his tongue. – (Sahih Bukhari, hadith 1304)

Abu Hurairah says, “The Messenger of Allah (PBUH) visited the grave of his mother and wept, and all those with him (also) wept.” (Sahih Bukhari, Sahih Muslim)

What Is The Lesson Of Karbala? 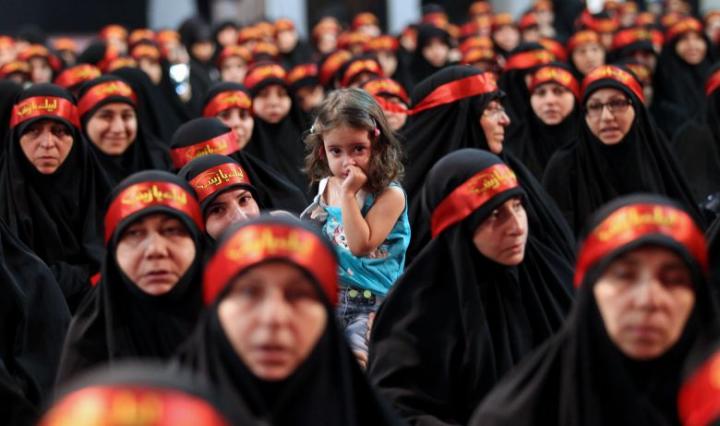 The lesson of Karbala teaches us humanity, peace, harmony, and to stand against the evil deeds and evil-minded people who try to fabricate and change the Islamic teachings according to their way. The teachings of Imam Hussain a.s don’t belong with a specific sect it’s for everyone even they belong to a different religion, ethics or beliefs and in Pakistan, everyone has a right to pay their religious obligations. Even non-muslims take part in processions and distribute water.

In India, my grandfather witnessed that so many Hindus close their shops and business and take part in processions and curse over the Yazidis. Once my Grandfather was giving them Tabbaruk after Majlis, they said: “Syed Sahib, hum Imambargah k andar nahe aasktay, ye Paak logo ki jaga hai. Aap bus darwaza kholdein, hum bahir say haath jor kar chalay jaen ge.” (Syed Sahib, we cannot come in because it’s a sacred place. Please, just open the door we will pass from it by conjoining our hands.) As Josh Malihabdi said,

(Just let humanity awaken, Every tribe will claim Hussain as their own)

In Pakistan, as the Muharram reaches the propaganda start against the lamentation and mourning over Imam Hussain, if it’s wrong why we are crying over the brutal killings in Palestine, Lebanon, Kashmir and over the pilgrims in Makkah? Are they the biggest tragedy than Karbala? Why we are cursing America and Israel? They are ordinary people and they are martyrs why we feel mournfulness and grief over them if you cannot mourn over the biggest tragedy ever happened in the history of Islam with the sacred family of Messenger of Allah (PBUH).

We should respect the beliefs and sectarian differences of everyone, show some concern and live in a serene environment, if someone is not disturbing you and not making any kind of offense so, do not pass  violent comments, each person is answerable to Allah, he will reward him/her for his/ her deeds.

Read Also: Here’s Why One Should Refrain From Mocking The One Who Chooses To Mourn In Muharram