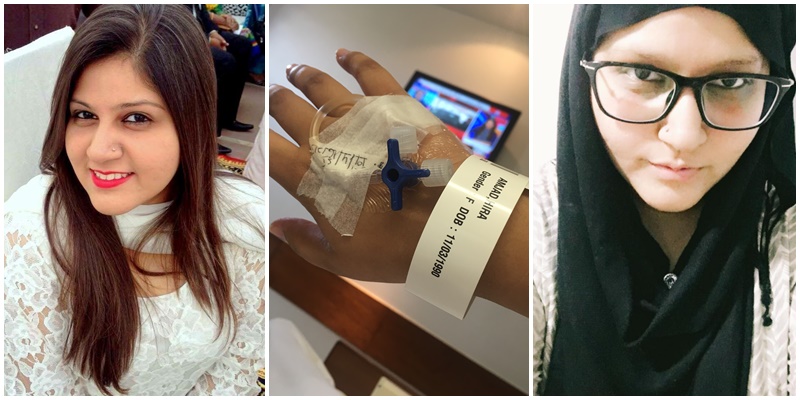 Cancer, a disease through which there is no going back unless you are the ‘chosen one’ – a disease in which people lose their hope, their image and their self-esteem during the process – a disease that conquers the mind of the victim who wishes to end their life any minute. Yes, I chose the word “victim” because while the disease keeps growing, the victim keeps dying – slowly and steadily.

As a believer of “don’t judge someone until you are in their shoe”, there is one thing for sure: when it comes to diseases or any fatal condition, we can never understand the magnitude of someone’s pain. Having that said, I or perhaps anyone reading this article, will not be able to imagine the struggle Hira Amjad Ali, a 27-year-old brave woman faced when she was diagnosed with Cancer. 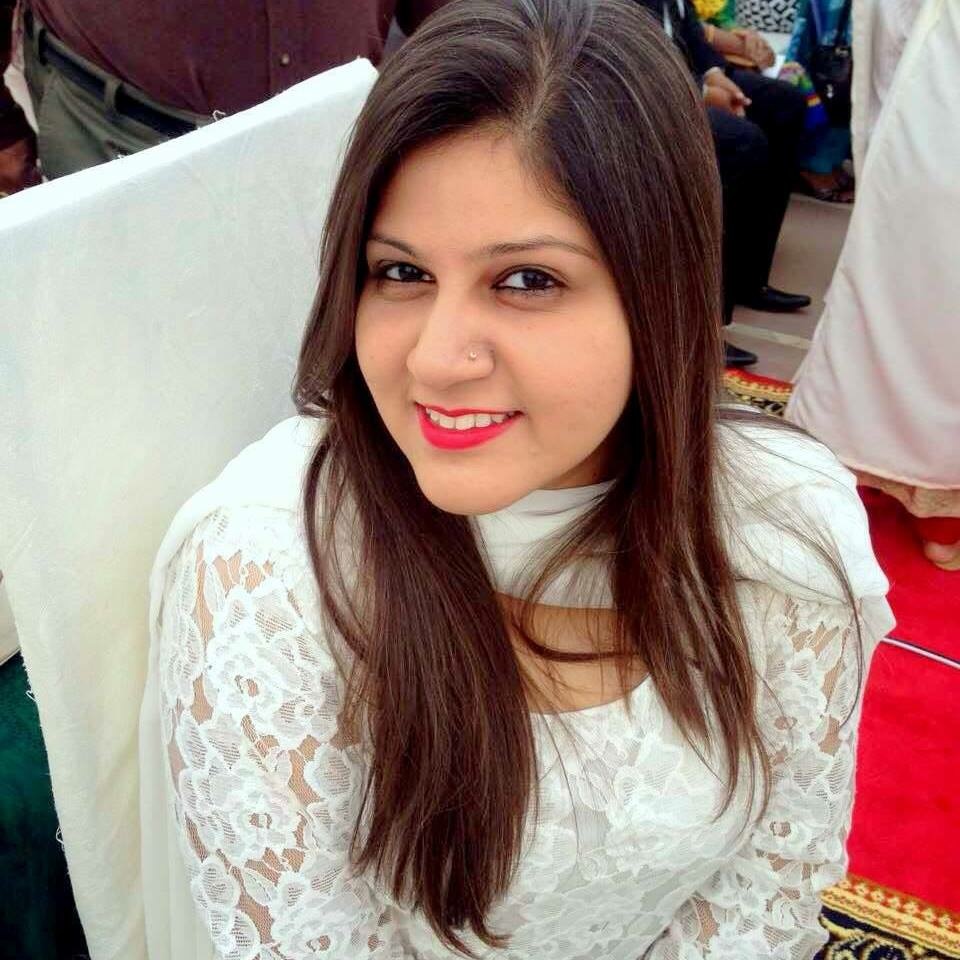 Hira is a fighter and a cancer survivor – but her journey through cancer wasn’t an easy one. She had days when she couldn’t control her tears, she had times when she lost faith in herself and there were moments when she thought her world is falling apart. But she never stopped fighting. 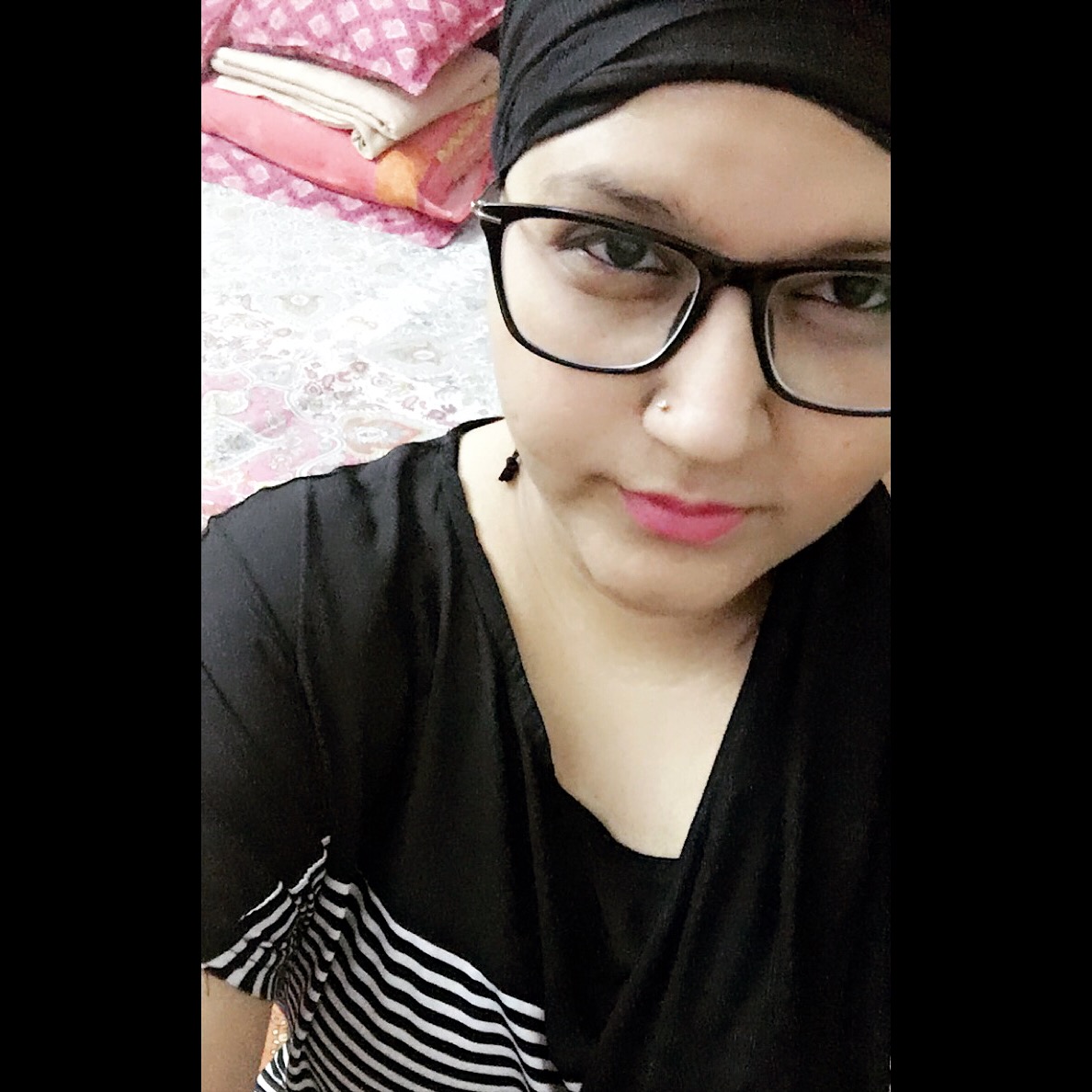 Here is how Hira illustrates her story. While reading this story, keep in mind the struggles you are having in your life – perhaps Hira’s story will motivate us all:

“On March 10, 2016 my whole life turned upside down as it took a 180-degree turn. I was at Aga Khan University Hospital waiting for my biopsy report. I had recently gone under a minor surgery to remove a lump on the right side of my neck.

I had recently been engaged and were preparing for my wedding which was to be held in December 2016. My doctor entered the room and asked me to take a deep breath and not to worry and that’s exactly when I realized I was in for a ride. I was diagnosed with Stage II Non-Hodgkins Lymphoma (Blood cancer in layman’s language). While my doctor kept telling me what is happening to me, I started wondering to myself: my first and only thought when I was told about the disease was ‘Am I going to die?’ 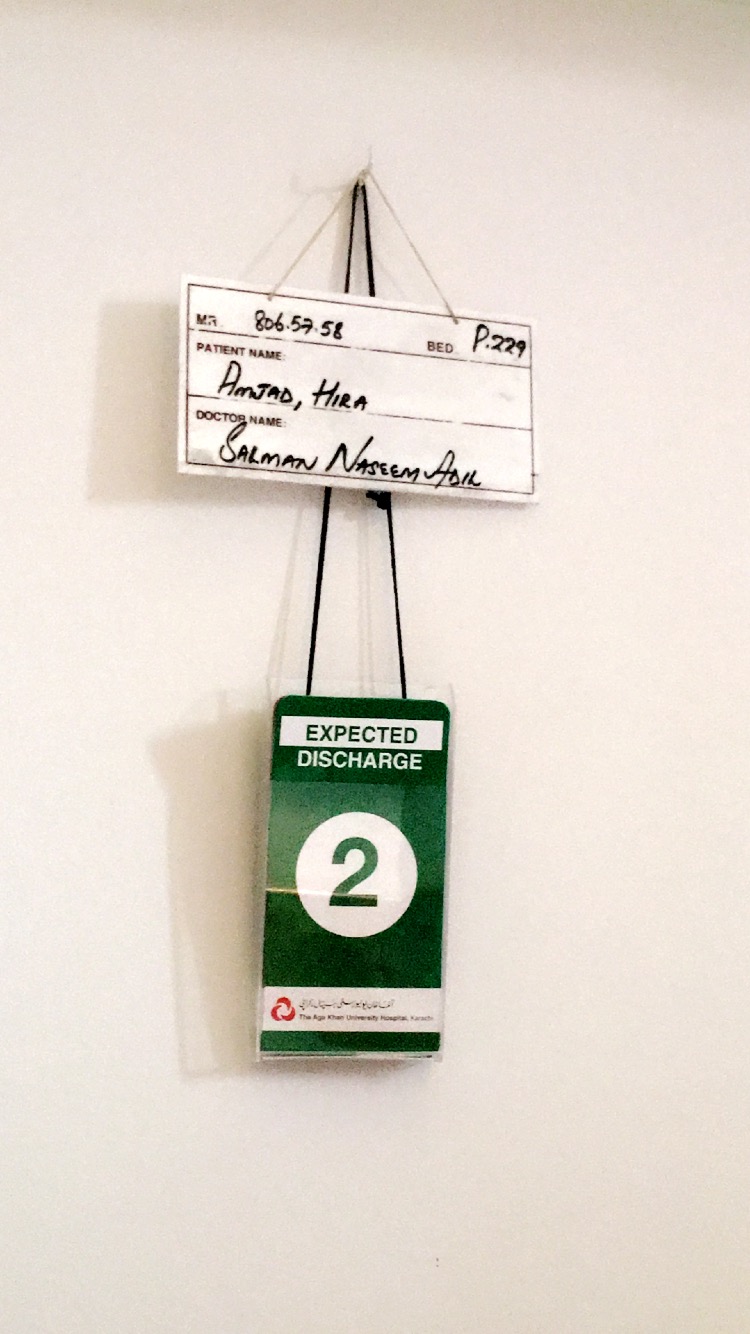 I had so many questions. What? Why? How? When? But I immediately got up and walked to my mom who had started crying telling her everything will be fine when deep down I knew what was coming ahead for both me and my family.

The thought of losing my life before I even started living properly started to kill me the second I was told about my diagnosis. I was scared. Honestly, I didn’t know how to react. How are you expected to react to your own cancer diagnosis? Are you supposed to scream? Shout? Cry? I didn’t know. I was numb.” 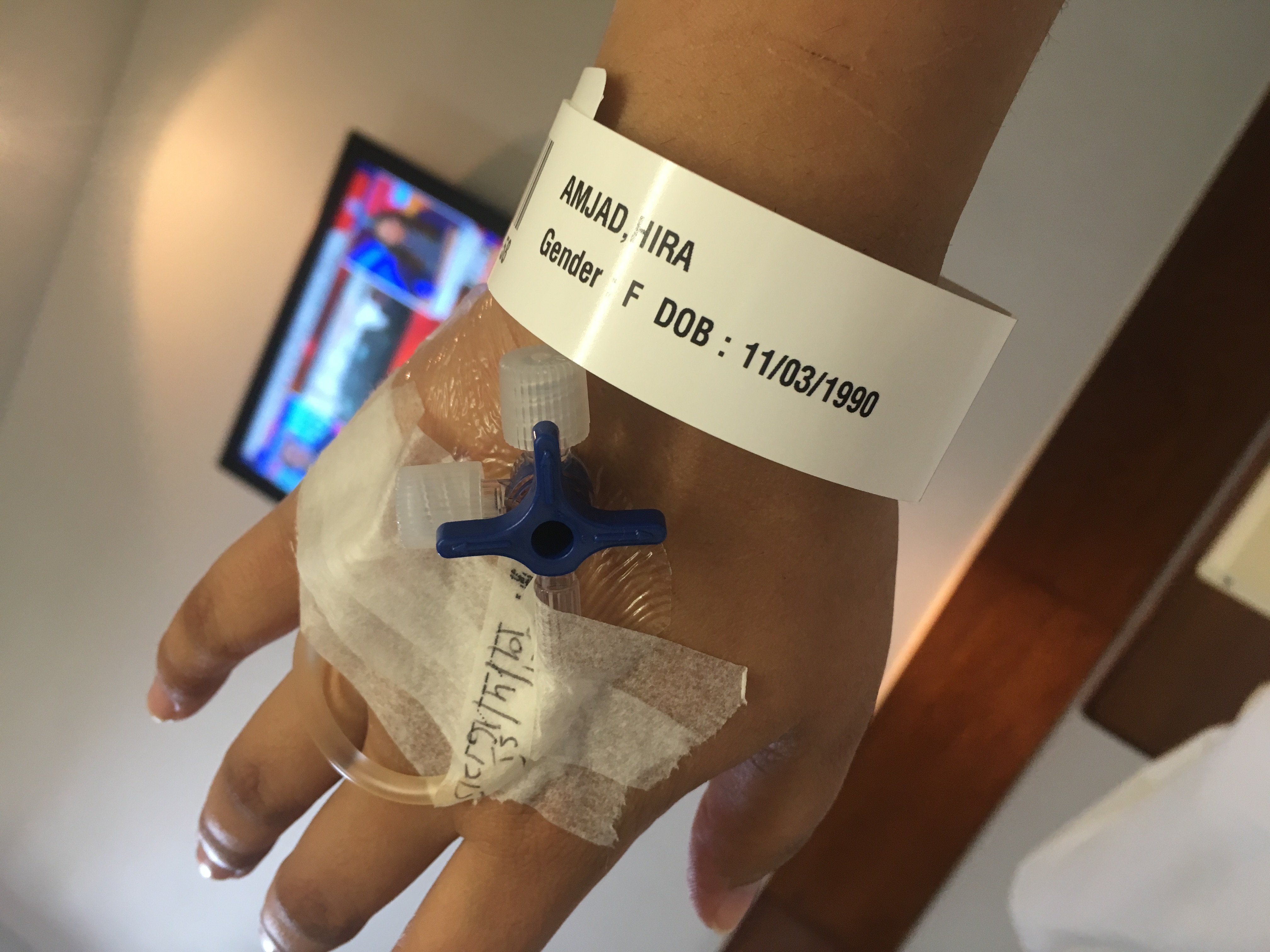 The Process of Accepting the Unwanted Change

Nobody loves change, especially when they feel there life is going on the perfect track. But Hira had to go through it and she had no other option.

“You are my lion.” – said my dad while kissing my forehead when I went to him for the first time after I had a bald head and I cried my eyes out. 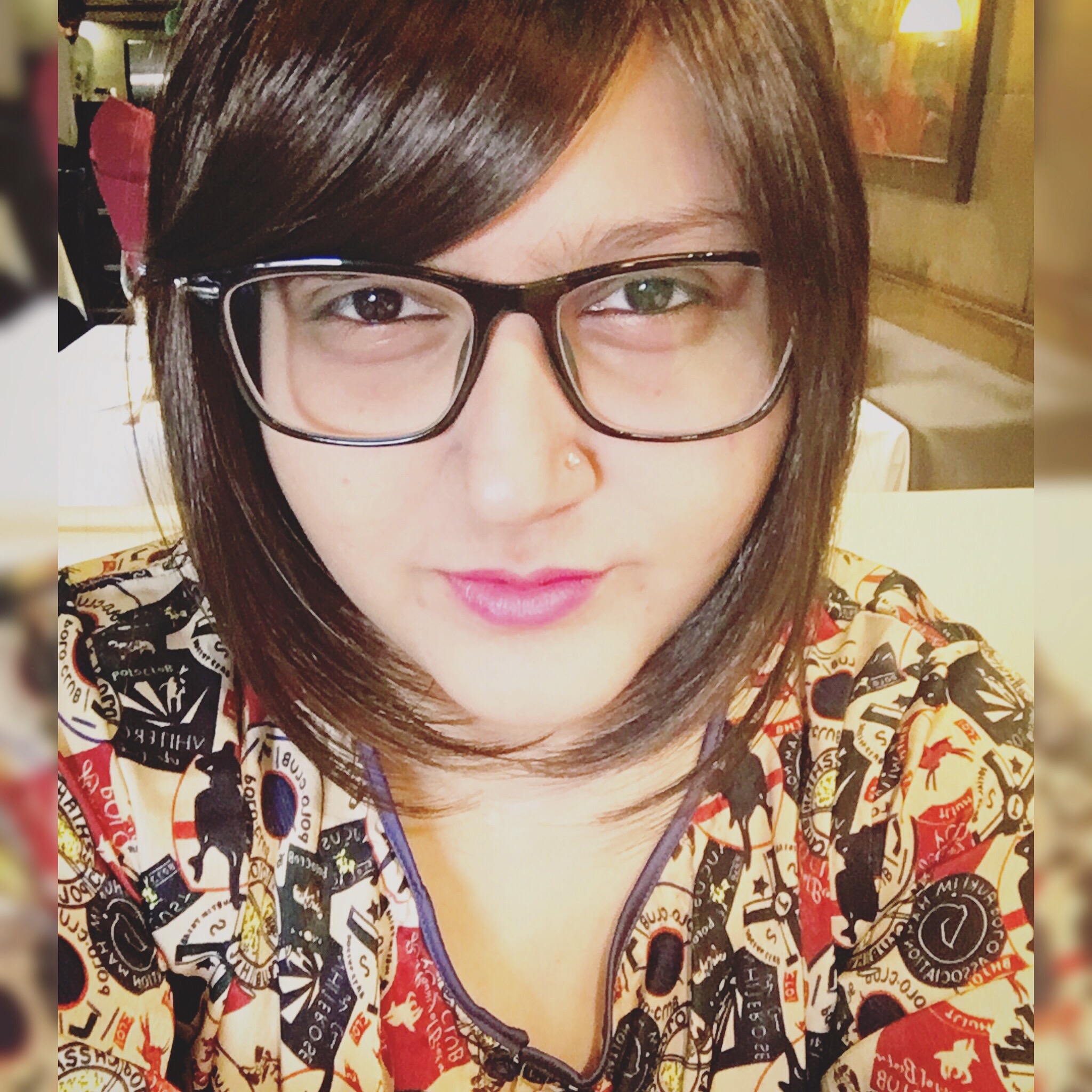 A lot of people have asked me what it was like to hear that I had cancer at such a young age. Are you supposed to break down in tears, or faint, or scream? I had heard a lot about chemotherapy, however never really knew how it worked. Does it hurt? Will I get bald? Will I also lose my eyebrows?

On balance, since I had just been diagnosed with a life threatening illness, worrying about hair loss seemed petty and irrelevant, even narcissistic. But a bald head – the signature side effect of chemotherapy – was one of the few tropes that I knew about cancer. My doctor confirmed that the chemo would take my hair as its prize, within a week or so of starting treatment. 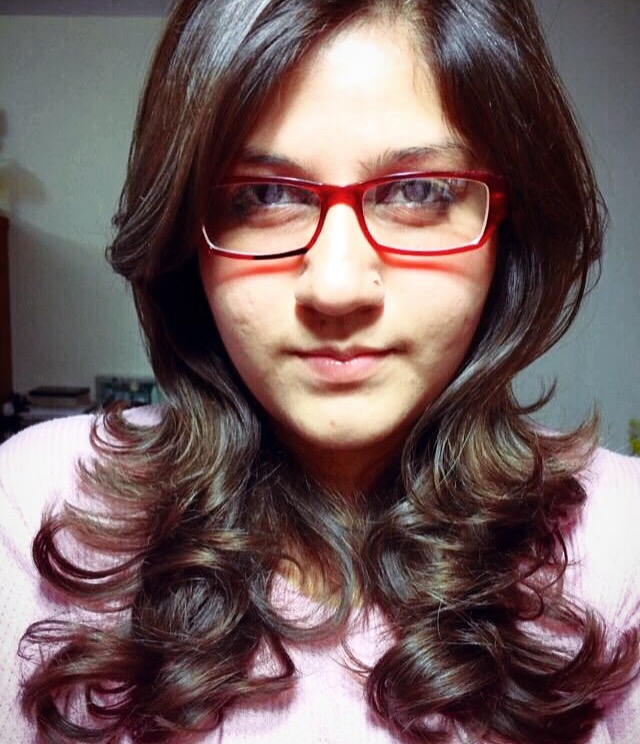 I started chemo and very soon I couldn’t recognize the person staring back at me in the mirror. Gaunt cheeks. Bald head. No eyebrows. No eyelashes. Skin as dry and white as chalk. I was being laughed at when I lost my eyebrows. Cancer changed my life. Everywhere I went, cancer spoke to me before I could speak for myself. I did try to hide beneath the wigs and headscarf, but I felt unreal and made up and the next thing I know, I was YouTube-ing scarf tutorials on YouTube. 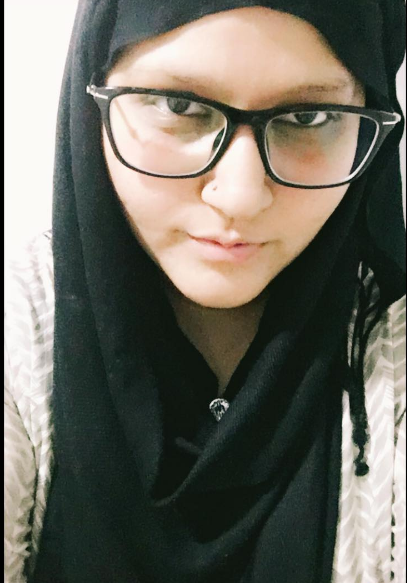 I could avoid the mirror hanging on the bathroom wall, but when I left the hospital for short breaks in between treatments, I couldn’t shield myself from the stares of curious strangers. Everywhere I went, cancer spoke for me before I could speak for myself.

All I have to say to people who judge other on how they look is that you don’t know their story, you don’t know about the battles they’re fighting, the least you can do is be polite. Fighting cancer is not easy, it’s traumatizing and exhausting to the core and the last thing cancer patients want is people laughing at how they look during and post treatment.

“The friends who stopped returning my calls after I got sick, the fear of dying before I had really begun to live my life.

To be very honest, I thought I was going die. The C-word is deadly enough to kill you mentally. I started chemotherapy right after I was diagnosed and each cycle tougher than the last, literally drained the life out of me. I cried myself to sleep for three months every night without break with my mom sitting on the edge of my bed telling me this will pass with tears in her eyes.

The worst thing about cancer is that you don’t have better days – you only have bad days and worse days. Cancer doesn’t only affect the person who is suffering, it affects the whole family, every person related to me suffered, maybe not as much as I did, but they did too.

I became to closer to my God, for I still believe He gave me strength and courage to get past through this phase. My parents, siblings, my fiancé who I got engaged to only 3 months before, my best friend – cancer shook everyone’s life. The kind of moral support I got from my family and friends is one of the biggest reasons I fought this battle and ended up winning. 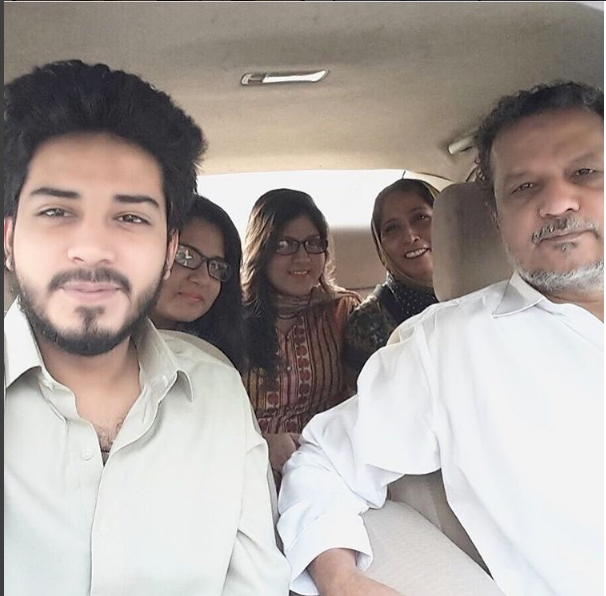 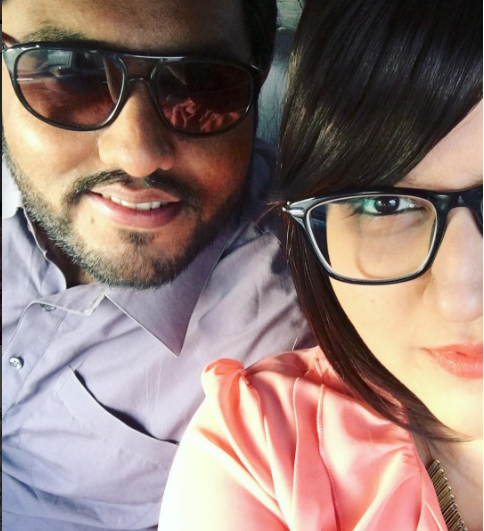 I found my solace in Namaz and praying. I would not lie that there were times I felt like a victim. I questioned Allah that why did He choose me for this test. Why me? My mother kept telling me Allah puts His most favorite people through His toughest tests. I wanted to live. There was so many things I wanted to do. I kept thinking I want to fight this monster and live again.

The two people I would like to thank especially: my amazing fiancé, Emad Zafar for accepting me as I am. It takes courage for a man to accept and love a woman with no hair, eyebrows or eyelashes. 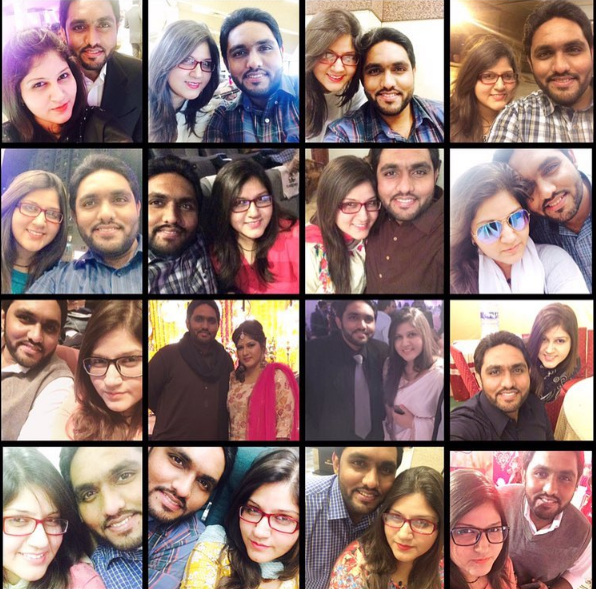 My friend, Rohma Farhan (@rohmafarhan) for staying on the phone with me when I used to cry on the bathroom floor at 4 in the morning. I can’t thank Allah enough for blessing me with them. 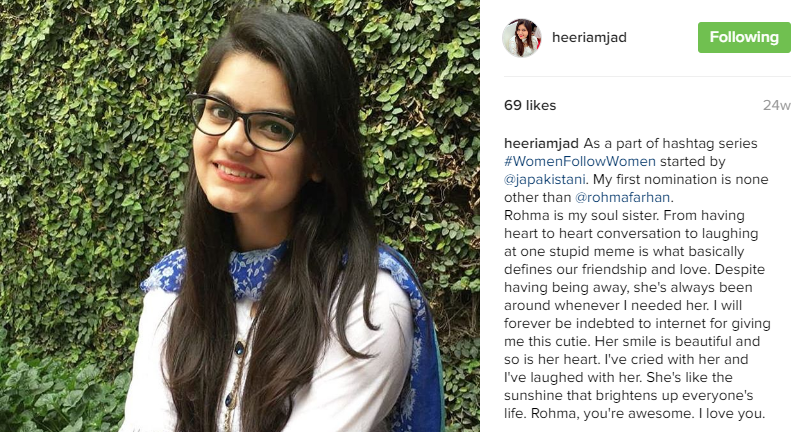 Before cancer took over Hira, she was what every young, ambitious girl is – full of life, careless and crazy. However, when a disease this severe gets you in its wrath, it changes you, the medication changes you and the dose of injections changes you. Hira started hating visitors, she hated the sympathizing and pity look people had all over their body language when they would see her and she didn’t like being told ‘be strong’  when that was the only hope she had.

But winning the fight against cancer changed her:

“The Hira after cancer most certainly feels like a winner. I am thankful to Allah to giving me a second chance for living this beautiful life. There’s a warrior and a survivor behind this bald head and I am proud of what I have achieved. 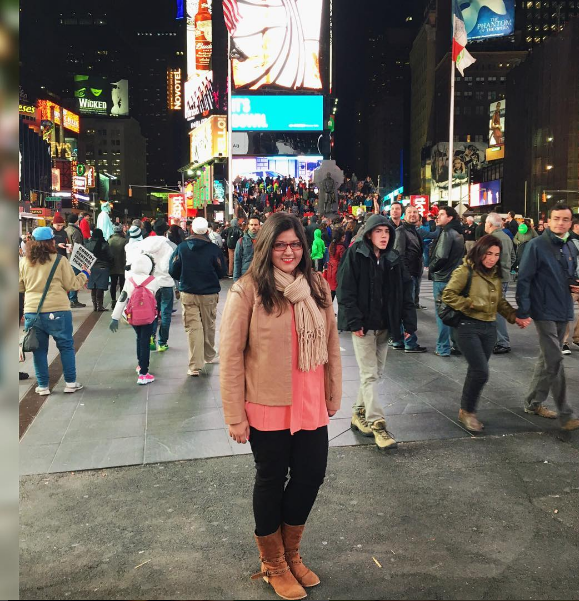 Most importantly, I want to be a better human being. I want to be kind to people I was ignorant to before. Allah gave me a second shot at life; I want to make the full of it.”

With everything getting back in place for Hira, she believes her second chance in life needs to be justified by herself. 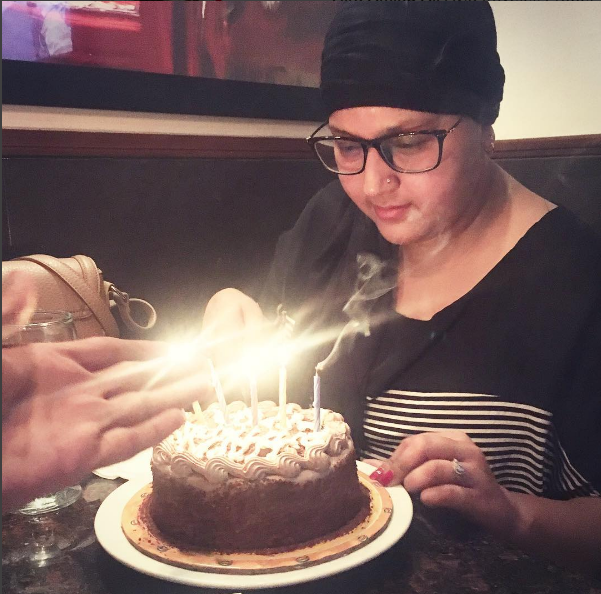 “I have just one thing to say to everyone fighting cancer: never lose hope. This life is too beautiful, you only realize this when you’ve seen death from so, so close. Every worry will seem so small after this. Never stop fighting. Never stop surviving. 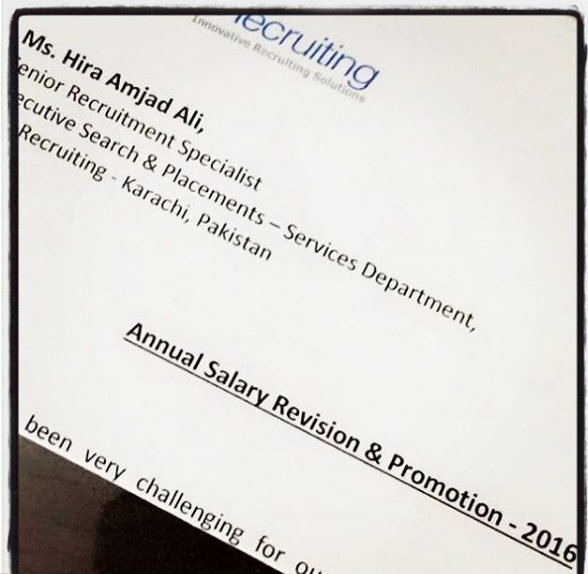 You will come out of this stronger, more beautiful – I promise you that. Always remember that it takes courage to accept that your hair does not define your beauty, it’s what within you that describes who you are.”

With the dream of traveling around the world, Hira has proved that her journey through cancer made her not only strong, but also more powerful. To all the cancer survivors out there, your journey has just started. To all those who are fighting this war on their own, may God bless you with unlimited amount of bravery, health and patience. To all those who’s loved ones are fighting this war, please be there for them – the way Hira was loved and supported by her family and friends.

Here’s Why We Need To Make Education Compulsory For Women!
6 Problems of Every Youngest Child Of The Family Faces
To Top