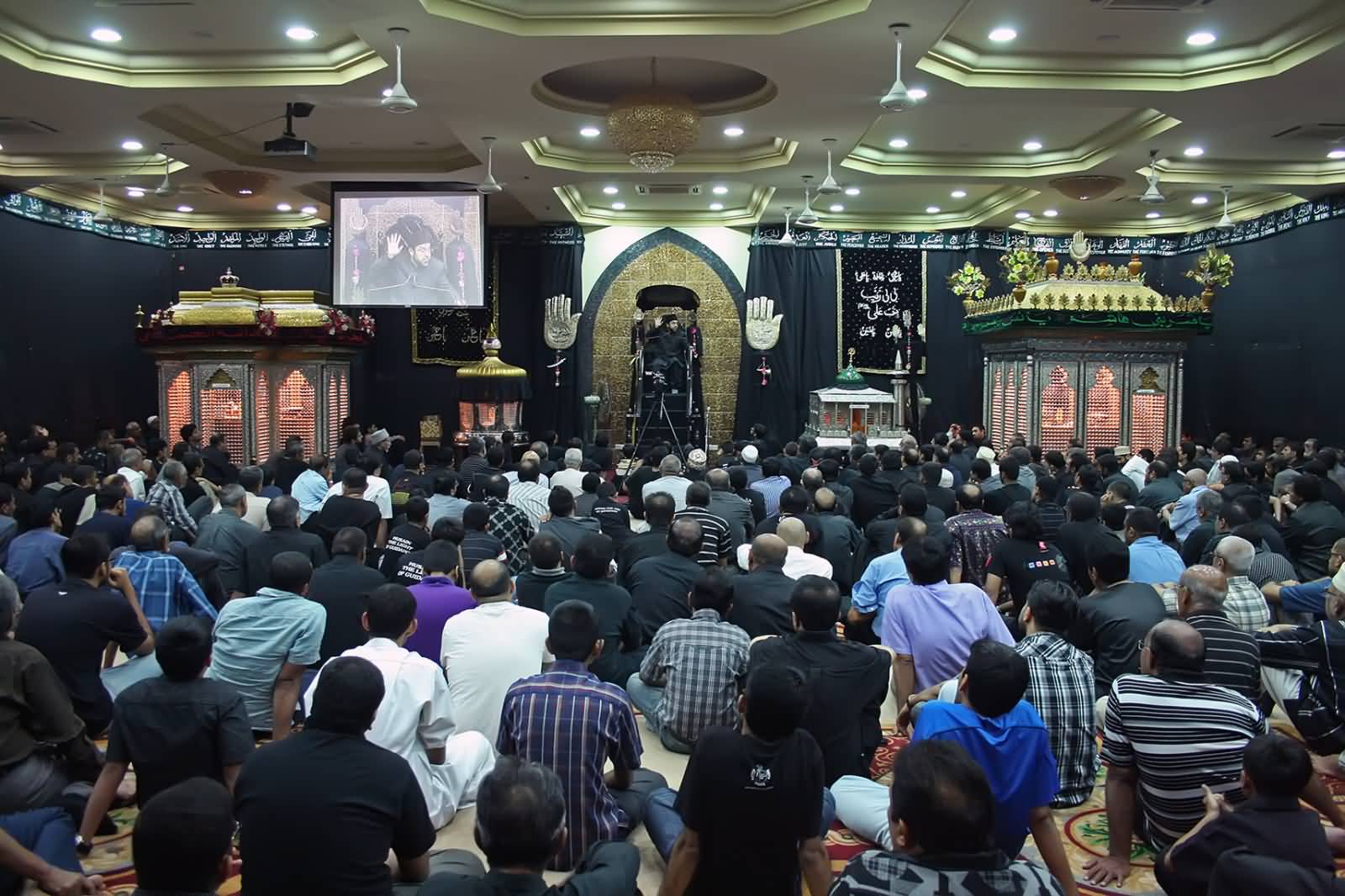 ‘It’s too bloody’ ‘not for kids’ things I grew up listening about Majlis and being a Hindu, growing up in a Muslim majority country I couldn’t really understand who was right and who wasn’t.

I always asked myself how

“Is it that one group is so against it and one holds it by all their heart and give so much respect.”

So I decided to go in one myself and find out about it.

Luckily, I have many Shia friends and one of them had a father who was a prominent member of this society so I went with him in the Imam Bargha and sat in a small room just beside where the Majlis was supposed to happen before it started.

Ironically, the Chief Minister of Sindh was also visiting it the same day, after a cup of tea he left with his very less Guards (which was another positive aspect I found), but as soon as he left an old guy got himself a cigarette and started smoking and I asked myself “in such a holy place?” Well, it did spoil my mood and I thought the majority was right.

But then the Majlis begin and I thought it would be more about the radical ideas and how their sect is better than the other sect and blah blah, but it wasn’t.

The Maulana started off by telling how we waste water and how during the journey and suffering it had finished by the 7th Mohraam. Never during his lecture of one hour he mentioned any other sect, but rather told about how Hussein and his ideology would imply in the today’s world. During his lecture he mentioned the events and I could see the sorrow, the pain , the guilt, the sympathy in everyone’s eyes. One, two, three and everyone, even the Maulana started crying himself and I wouldn’t deny there were tears in my eyes too.

Followed by this was the Matam(only by hand) and then two to three plates of fruit with other traditional things were moved around the hall while everyone touched them.

I have heard so many wrong things about such a holy event. At the end I would request everyone to visit it at least once and learn from it as Maulana himself said “Imam Bargha is place for everyone to learn and preach” and before you assume things and believe things people tell you, take out your time and go to one.