The Netherlands is applying a different strategy to protect its citizens from the COVID-19 pandemic. The Dutch are aiming for a so-called “herd immunity”. It happens when enough people have survived the illness to slow down its spread.

The Netherlands adopts an unconventional approach to combat COVID-19

Dutch Prime Minister Mark Rutte provided an update last week on the COVID-19 pandemic in the country. In a national address on March 16th, Rutte said: “As we wait for a vaccine or medicine, we can slow down the virus spreading and at the same time build up herd immunity in a controlled manner.”

Rutte further added, “The reality is also that in the coming period a large part of the population will be infected with the virus.”

The Netherlands is not yet under lockdown, unlike Italy or France. Restaurants and schools are ordered to shut down. However, strict social distancing has not yet been imposed.

Individuals across the country have been still going out in parks and other public places. Even coffee shops selling weed are open but only for to-go orders. One coffee shop owner in Tilburg, by the nickname Meuk, told VICE News that in such tough times, establishments like his are essential. This is because they allow people to remain calm. Meuk, however, is still very careful.

In an interview with VICE, Meuk said “We have to keep a distance — a one-and-a-half-meter distance. No more than four people in the take-away part. And we have to keep the surfaces clean.”

A customer, nicknamed Bram, also supported the approach of the Dutch government.

Bram said “For me, so far, it’s the best steps I’ve seen taken in the whole of Europe. Eventually, we all are gonna get this some sort of way. And with any virus, once you have it, your body starts building up an immunity. So I think that’s the best thing to do.” 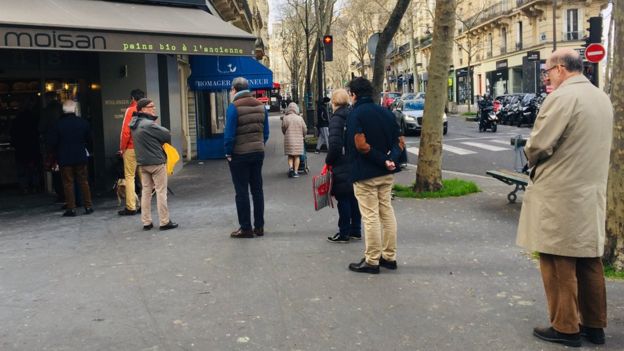 Due to the fact, their healthcare system is one of the best in Europe, the Netherlands can afford to try this innovative approach to combat the COVID-19 pandemic.

The herd immunity policy puts the Dutch in distinct contrast from China and South Korea. These countries have responded to their outbreaks through restriction of travel and monitoring movements. It has allowed them to limit the extent of the current outbreaks.

Italy too is focusing on adopting similar policies. This includes banning most of public gatherings.

Why Pakistanis Donate More When There Is Ramazan Or A Crisis?
Pakistani Designer Creates Gowns For Medical Staff Fighting Coronavirus
To Top