Her Crime? She Was A Girl Without Name!

The alley was stinking of cat shit and rotten garbage. The power was out again, and there was darkness in the area. The stench from alley was wafting out, and along with the scurrying of rats, it was making passerby vary of crossing it. She had been lying there for hours now, her small body long cold, and hidden in a garbage bag. She was small, but she was brave, for she fought valiantly when her mother had put a pillow over her angelic face, and cut off her breath. Her body shuddered and her frail arms pawing at air, no match for the strong arms of her mother. Her short life of six hours and twenty eight minutes brutally ended. Her crime? She was a girl, and she has no name.

This is not a true story. It is a nightmare, but unlike a dream it has a tendency to become real all too often in our society. This is the story of hundreds of girls across Pakistan. According to a report by Edhi Foundation, there were 2528 bodies of infant found and buried by them in 2015, of these 81 were male, and 2447 were females.

The history of crime against women is ancient. Women have been a target of violence since the beginning of time itself. But killing a girl who has just taken her few breaths, who is ignorant of the wiles, and cruelty of human race requires a certain heartlessness, and evilness. Female infanticide was recorded in China 2000 years ago. The major causes of female infanticide in Pakistan is poverty, dowry system, stigma attached to illegitimate children and the belief that female is a burden because of her inability to earn money. 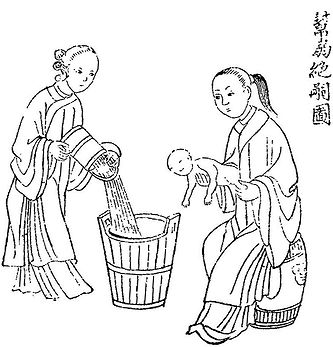 One-third of the population of Pakistan lives under poverty line. A daughter is just another mouth to feed with no return, unlike a son, who will earn money for parents. Education on a daughter is going to be wasted since she cannot earn any money. A daughter is additional burden when she grows up and has to be married off with a huge dowry. This is the thinking of country we live in. 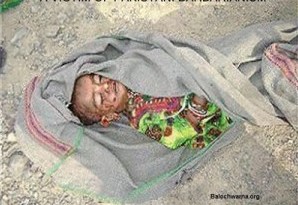 Pakistanis imagine themselves to be the embodiment of a perfect Muslim, and have chosen, rather conveniently, how Islam values women. In Islam, not only killing of a female child is prohibited but not rejoicing her birth is reproved. A female is entitled to a good upbringing, support and fair treatment. According to a hadith,

“Whoever looks after two girls until they attain the age of maturity, would come on the Day of Judgment with me and him being (as close to each other) as these (and he joined his fingers).” [Muslim]

It is mentioned in Surah Al-Anam chapter 6, Verse 151:

“Kill not your children on a plea of want. We provide sustenance for you and for them.”

Yet the bodies of babies found in dumpsters in Karachi are increasing in number every years. Babies barely days old are strangled, cut by knives, or burned. Edhi Foundation has installed cradles in multiple locations throughout the country, with messages to put an-unwanted baby there instead of killing her. But efforts of one or two organizations are not enough. 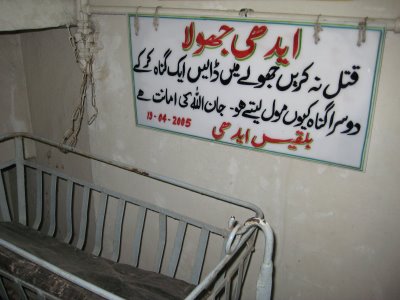 We, as a nation, need to unite together to change the perceptions and attitude of the society. Young people in all classes of society need to be reached to educate them about the importance of girls, and change the attitude that boys are better than girls. Government needs to take strong actions against child murderers and apprehend and punish the people who kill or participate in killing a child. One of the ways to stop murders of unwanted children is to create a platform where childless couples can adopt the baby.

Why Are Pakistani Dramas Far Better Than Indian Dramas?
“Ek Thi Marium” – A Tribute to the unsung Legends
To Top