The Apparent Truth You Did Not Know About Heera Mandi: Alleged Site Of Crime And Criminals

The Old Lahore or The Inner City, a beautiful place that tourists and locals alike flock to. Boasting places and historical monuments like the Badshahi Masjid, The Lahore Fort, Minar-e-Pakistan, Dehli Gate, Old Food Street etc. A cultural area filled to the brim with history, but not all of that history is good. In that same area is the famous and now underground Hira Mandi (The Red Light District).

People living in those areas are so very different from us. They have adapted to life on narrow streets with open drains and druggies everywhere. Murders are commonplace there and the perpetrators are almost never found. There is an oppressive feeling in that area as if God himself has forsaken it and left it to rot. People with cancerous growths and diseases are commonly seen. I myself saw at least three people with burned skin oozing blood and pus. 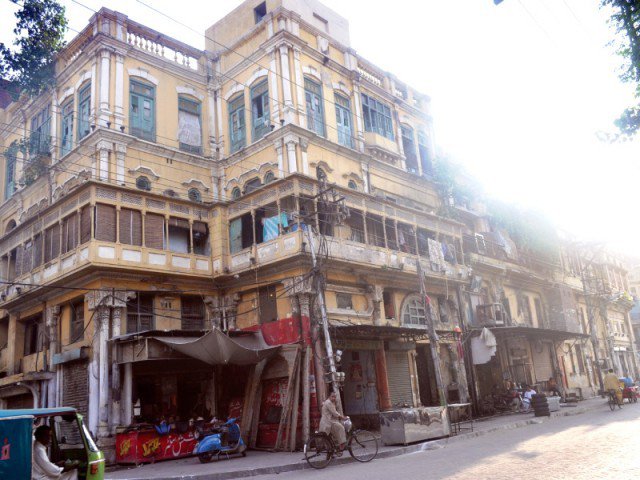 I visited the Food Street area just a few days back with friends at 6-7 am for the famous Halwa Puri ka Nashta that is by far the best I have eaten. After that we wished to have ‘Jayday ki Lassi’ which again is very famous, but that shop is in those very dilapidated and dirty streets.

We found the place at 6:30 am and were told that it opened at 7:00 am. We went back out to see the Badshahi Masjid. When we came back at 7:00 am, there were many people in that street and there was something wrong with the atmosphere. Asking a bystander, we found out that a murder had taken place. Within 30 minutes, this had happened.

The person who told us the whole story said it in the manner manner would would say, ‘The Sky is Blue’. It was a common sight for them. The dead body lay on the ground partially covered by a sheet with the police trying to investigate in vain as no one was willing to talk to them. The body lay a mere 10 feet from the Lassi shop and even then there was not a single pause in the business; people were having Lassi’s and buying milk, not even fazed by the loss of life 10 feet away from them.

A highly dangerous area that needs to be cleaned out by the authorities. The people need to be helped, the need to druggies arrested and helped if possible. For now, it is a place one should never go alone, no matter how good the breakfast is. Your life is worth more.

Disclaimer: The opinions expressed in this article are of writer’s and do not necessarily reflect the views of Parhlo.