‘He Can't Eat, Speak Or Move; Look What They Did To My Son’ - Cadet Tortured By Teachers, Claims Family 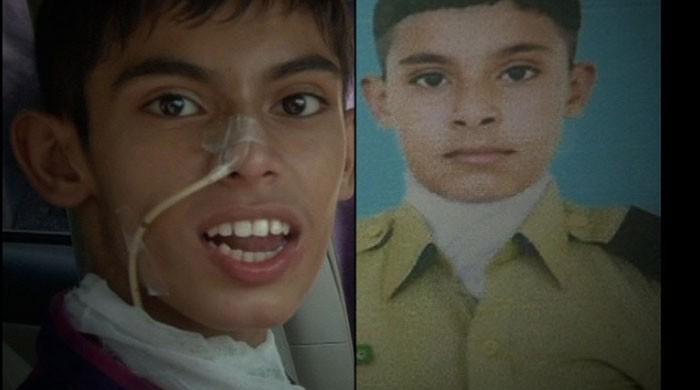 It is a matter of national shame that corporal punishment – flogging, slapping and the like – remain a common feature of Pakistan’s public education system, despite laws enforced against the practice.

A recent case – though not proven by officials yet – came to light earlier this week in Larkana, Sindh.
Today, the victim, 14-year-old Mohammed Ahmed Hussain Mashori, a student of the Larkana Cadet College, lies paralyzed on a bed in a hospital in Karachi.

His family says the boy was severely tortured by the principal and house master of the institution in August this year. Since then, Hussain has been under treatment – first at a private facility in Larkana, from where he was referred to a hospital in Karachi. 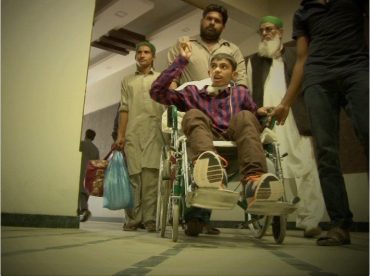 “The doctors say that bones around his neck have been broken. He cannot eat, speak nor move; this used to be my lively bundle of joy! Look what they have done to him,” says Ghulam Ahmed, Hussain’s father.

The extent of the damage inflicted, as per what doctors have told the family, is that some of the bones around Ahmed’s neck have been fractured due to attempted strangulation. “The doctors in Larkana could not ascertain what had happened. It was when we brought him to Karachi that doctors told us that his condition was caused by physical assault,” says Ghulam.

According to the father, he had received a call from the school on August 6, just after summer vacations about his son “suffering fits”. However, Ghulam claims he sensed something was amiss when he reached his son’s cadet school, “There were injury marks on his face, chest, back, and lower limbs.”
At present, Hussain is on a liquid diet as he has lost the ability to chew solid food. After nearly four months of efforts, his father’s spirit, too, has been broken. “I have lost everything paying for his treatment. The doctors now say he can be treated in the US. There is no way I can afford those costs,” says Ghulam in a television interview.

As for the cadet college administration, Hussain’s family members claim no one has approached them after that initial call. One news report also states that, despite repeated attempts, the cadet school principal was not available for comment on the family’s claims.

This, sadly, is neither the first nor last of such cases of brutality by teachers, all under the garb of discipline. About the same time that Hussain’s family claims he was tortured, i.e. August this year, another video of a teacher beating students had surfaced from Chitral’s Drosh Tehsil.
The 96-second mobile camera clip showed the elementary school teacher, later identified as Inam, using a wooden stick to beat a group of terrified students in the school’s ground.

The students, all of whom were aged between 8 to 10 years, can be seen crying and pleading with their teacher to stop as they try to avoid his strikes. The video was picked up by mainstream news channels and led to Inam’s arrest within a day of airing. Police said a case was registered against the teacher under the Child Protection System Bill, which recommends a minimum punishment of six years in jail for such incidents.

Till now, the case has been based entirely on the accusations by Hussain’s family. With a matter as serious as torture at hand, the incident merits a fair and thorough probe.

In response to a journalist’s tweet condemning the incident, the Sindh chief minister’s advisor on legal affairs, Murtaza Wahab, said he had taken notice of the incident and ordered IGP AD Khowaja to initiate necessary action.

If the accusations can be independently verified and proven beyond doubt, an example must be made out of the guilty. Anything else would be nothing short of a travesty of justice and a deathly blow to our hopes for a better future for Pakistan and its children.