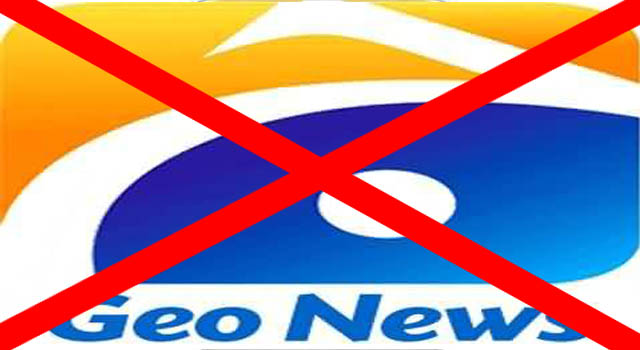 GEO TV Morning show, “Utho Jago Pakistan” hosted by Dr.Shahista Lodhi, followed by viewers all over the world, on 13th May 2014, celebrated Veena Malik’s wedding ceremony which did not turn out to be as good as they had expected.

The show shamefully held Aale-e-Rasool i.e. our Holy Prophet (P.B.U.H), Hazrat Ali (R.A) & Hazrat Fatima (R.A) in one of the most disrespectful ways.

GEO TV not only portrayed the couple as them but also held the names of Aal-e-Rasool on musical beats and the Qawwali contains absurd lyrics as well that shows the disrespect, insult and created an abusive image of Sacred Personalities in mind of viewers and listeners.

Entire Geo TV team is responsible for hurting Muslims religious sentiments and they must be held answerable for such an attempt. Somewhere even PEMRA is also responsible for not taking any decision against GEO TV as they are producing such acts consistently.

If youtube can banned on Namos-e-Risalat(SAW) then Why not GEO TV. Moreover chairman of Sunni Itehad Council has decided to case file and to put forward a Fatwa against GEO TV and will protest soon for this attempt.

We should pay a salute to Mubashir Luqman, host of Program named “Khara Sach” on aired on ARY who not only disclose it but he dare to highlight and share with viewers.

It’s a request to all citizens and people belonging from Muslims society all over the world please wake up, stand up and raise your voice against such intolerable act, if not now then when? It’s our right to live in a nation free from any kind of violence so we should support for it and let’s now stand with hand in hand to make a peaceful society and learn to respect everyone and let others to do so.