Karachi, the metropolitan city of Pakistan, is famous for a host of different reasons. However, one reason that the city has been highlighted for since the last 10 years or so is due to street crime. The mass unemployment in the country has attracted many to come and set shop in the city illegally.

From stealing cars to robberies inside homes, the most famed angle of street crime in Karachi is mobile snatching. Over the last 10 years, hundreds of thousands have been deprived of their personal belongings, or in sad and worst case scenarios, their lives as well. 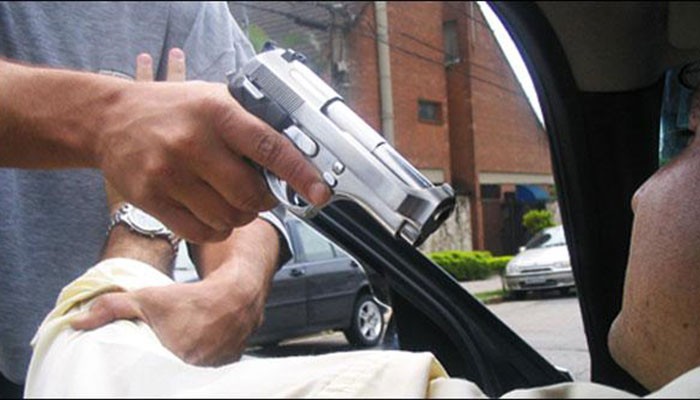 One post that went viral on social media recently highlighted just that. In an extremely unfortunate event, a young and extremely talented man lost his life because he resisted the robbers. Hassan Mujtaba with his family was heading home to Gulshan-i-Iqbal from Gulshan-e-Maimar when two robbers riding a motorbike chased and intercepted him.

The robbers, upon resistance, shot Hassan Mujtaba dead on the spot in front of his whole family — wife, kids, and mother. The incident in Karachi and Hassan’s life story is very well narrated by his brother-in-law on social media. Read here:

About a week ago somebody shot and killed my 32-year-old brother-in-law Mujtaba Hassan in front of his kids, wife, and mother. You might think I’m saying this because he passed away recently, but it is the truth, he was one of the perfect men I’d ever known.

Funny, hardworking, conscientious, smart, tall, handsome… he was the kind of man that made you feel inadequate about yourself. Raised by a single mom in a one bedroom apartment he worked his way into a successful career at a top international corporation, without any support, connections or sifarish… a near impossible feat in Pakistan. A talented athlete, with more support and better luck, he could’ve just as easily made it as a professional cricketer. He married the girl he told he would marry in school (my sister) even while his professional life was only starting, simply because my parents were getting fidgety about my sister’s marriage as parents in Pakistan do. He then took care of her like a princess… protected from the worst of the world… the way my dad had raised her. Like a princess.

He was there for my old, ailing parents the way I could not be. At times sitting by my old father’s side for hours by himself if there was no one else available at the moment to take care of him (My father has Parkinson’s). This is the man they killed with a single shot to the heart. In front of his six-year-old daughter, two-year-old son, wife, and mother.

When I first heard the news I thought to myself, now I understand why people burn robbers alive in Karachi whenever they get a hold of them. My thirst for revenge has waned some sense and I understand that no amount of justice can bring him back. Please remember us in your prayers.

The tragic incident is a lesson for the rest of Pakistan that if you ever encounter robbers, please do not resist and give them whatever belongings you have, regardless of their worth. No matter how expensive or important they might be, they can never be as important as your life. Let us pray for Hassan Mujtaba.