Humanity is down the drain lately because of some people’s acts. On Friday, shocking news came about Muzna Ebrahim’s dogs that were killed by KMC. She adopted 4 stray dogs and pet them graciously. But 3 of them were poisoned and killed by KMC.

Muzna Ebrahim is a renowned face in the Pakistani media industry. She took to social media after she found out that 3 of her dogs were hunted and barbarically killed by Karachi’s Municipal Corporation (KMC). 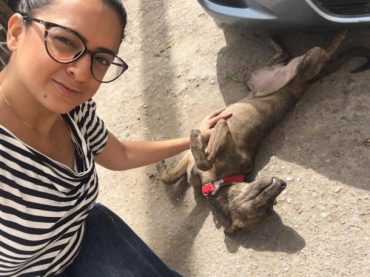 KMC is leading the campaign on wiping out the overwhelming dog population in Karachi. While it is true that the increasing number of stray dogs are becoming a problem as well as a danger to citizens living in Karachi, there is not by any means a reason that justifies the extermination of these poor animals. They are usually lured with poisonous food and killed, then barbarically dragged along roads and thrown into a ditch-of-a-container for further proceedings.

God knows how they manage to undertake such a horrifying act but now a woman has voiced against it by all means.

In case you are not familiar with the incident, here is the story of what happened on Friday:

Muzna’s take on it is that KMC murdered her dogs. She took them into custody and was taking care of them. The gut-wrenching video where Muzna shows one of her dog’s, “Aurora’s” last moments is absolutely appalling.

We approached Muzna and this is what she had to say about it:

“There are safer and more humane alternatives than just throwing poisoned food to a dog and letting him suffer the most agonizing 30-40 minutes of pain before he dies. Their lives aren’t easy and we make their deaths worse.

We could spay or neuter the dogs with the help of the government. It is undoubtedly the more difficult way but it is humane and soon fewer dogs will be born and there will be no need to kill any living being. They have minds, they have power but they just don’t want to bother.“

Muzna Ebrahim feels absolutely shattered by the incident. There has been a massive upheaval on social media against KMC’s decision of killing her dogs. People continue to condemn the incident and measure the incident as an ‘act of murder’. 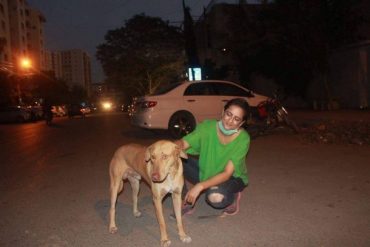 Hassan Butt, who proclaims to be a youth and human rights activist has taken to social media passing remarks about the whole incident.

Here is Hassan Butt, comparing the killing of dogs to that of humans and bashing Muzna Ebrahim:

How Hassan Butt dares to claim the incident on a lighter note and abandons all sorts of empathy with Muzna Ebrahim is shocking indeed.

He is being a pseudo-campaigner of human rights and puts animal rights bar none. What is more shocking is how people continue to agree with him and flood the post with comments acknowledging and affirming his claims.

So, guys, this is the clear picture of where our society is lingering…

All lives matter. You do not have to abuse anyone. Whether it is an animal or any living being, you cannot kill it for a baseless reason. They are all God’s creations and by no means, killing animals in this way is ever justified.

Here’s How To Get Flawless & Glowing Skin In One Simple Step
Behind Every Successful Woman, There Is A Man [POEM]
To Top