The comedian Hasan Minhaj mentioned the Kashmir crisis within his latest session of the Netflix series Patriot Act with Hasan Minhaj.

He seems to be one of the few ethnically Indian celebrities that hasn’t supported India’s decision of revoking Kashmir’s special status. Moreover, plenty of other celebrities that even include Priyanka Chopra, are still encouraging India. They are simply conforming towards their ‘patriotism’ while ignoring the citizens of Kashmir. Even the slightest of support towards India is dangerous for the people of Kashmir. 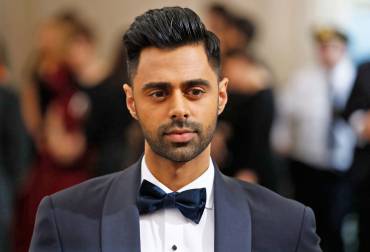 Minhaj started off his talk by mentioning today to be India’s Independence Day. However, instead of indulging in a normal patriotic talk and addressing his pride towards the country, he took a different route. Minhaj is known to comment on political issues while retaining his comedic nature. So he made sure to utilize his platform and bring light towards the concerns of the Kashmiri people. This is because the reality for Kashmiri’s is cruel enough to not be disguised with simple patriotic claims or looking for a middle ground. There is absolutely nothing above human life in the first place.

He continued on to say, “I can’t help but think about the people of Kashmir and everything that is going on right now with section 370” Minhaj also talked about the overall status of Kashmir throughout history, “Kashmir has been in this custody battle between India and Pakistan”

As India celebrates its independence, let’s think about the people who don’t seem to have any right now. #Kashmir pic.twitter.com/cGGoUcMbPw

Similarly, he indicated Kashmir to be as a pawn between two powerful nations. The comedian gives off a really important message.”I really think that on this Independence Day we should really think about the people of Kashmir”, he stated.

The war surrounding Kashmir can ignite any second as Pakistan has started to initiate a powerful response as well. Keeping in mind that wars always cost lives of not only the soldiers but the innocent citizens as well, it is a big deal. And something the world should be afraid of. “The eight plus million people that live there,” he said emphasizing the immense population in the region. Minhaj also added, “There’s been a communications blackout” therefore, families are unable to contact their loved ones. He points towards the urgency of the on-going disaster and wishes to look for a solution.

The Sad Situation In Kashmir And Hong Kong:

Not to mention, the situation seems to be scary, “I’m really scared because I think that things are only going to get worse” said Minhaj. He added in the issues/protests occurring within Hong Kong as well and compared it with Kashmir, “Two vestiges of British imperialism are standing and they are fighting for their right to be on their own” hence ending it with, “So on India’s independence day I’m thinking about the people of Kashmir who are fighting for their own independence” 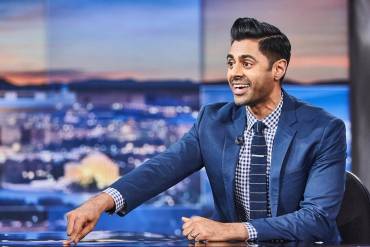 This is a great example of an individual that is using his platform to address significant issues without coating them. He didn’t concern himself with the fact that he is Indian as well. But focused on the people of Kashmir who still to this date are struggling for their own rights.

What do you think of the situation? Do you support Hasan Minhaj and his stance on Kashmir? Share your thoughts through the links below.

Meet Naqeebullah Sahab – A 115-Year-Old Pakistani War Veteran Who Helped Free Azad Kashmir From India!
Irfan Junejo’s Stance On Raising His Voice About Kashmir Is Not Going Well With The Public At All!
To Top